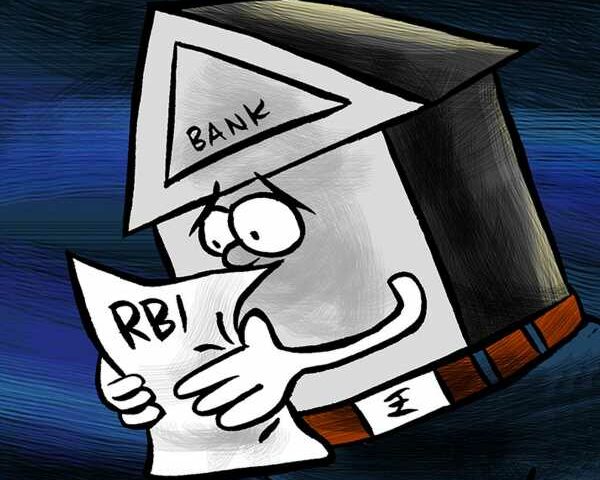 Many banks’ profits will take a hit and a few of them could even end up being in the red because of treasury losses, triggered by a sudden spike in government bond yields in the rising interest rate cycle, notes Tamal Bandyopadhyay. 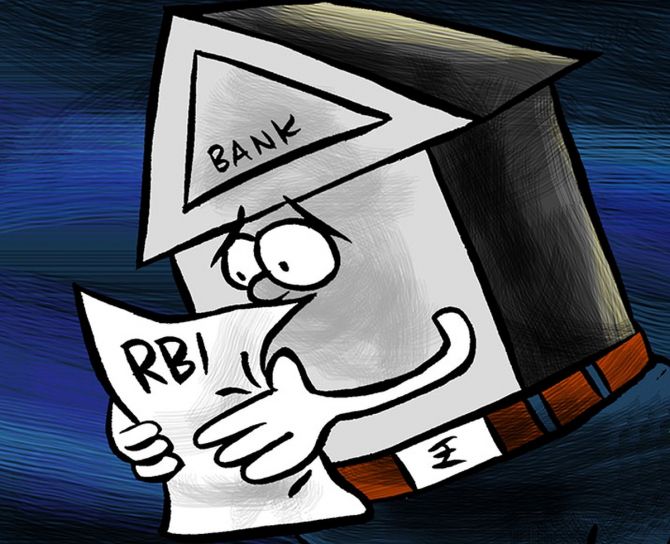 The Indian banking industry’s celebrations over its FY2022 performance may not last long.

Barring one private bank, all smiled their way to profits last year when the collective net profit of the listed banks was Rs 1.57 trillion, the highest in history.

The first quarter of FY23 could be a different story.

Many banks’ profits will take a hit and a few of them could even end up being in the red because of treasury losses, triggered by a sudden spike in government bond yields in the rising interest rate cycle. Prices and yields of bonds move in opposite directions.

The Reserve Bank of India raised its policy rate by 90 basis points (bps) to 4.9 per cent in two phases during the June quarter to fight high inflation. One basis point is a hundredth of a percentage point.

At some point during the quarter, the rise was as much as 80 bps. Over the past year, the 10-year bond yield has risen 140 bps.

The banks are required to invest 18 per cent of their deposits in government securities but their average investment is little over 25 per cent now.

Theoretically, 23 per cent is covered from any notional losses as they can be kept in the held to maturity (HTM) basket but most banks have been keeping less than 21 per cent in HTM.

For the rest, when the prices drop, they need to book mark to market (MTM) losses.

MTM is an accounting practice whereby an asset is valued at the market price and not at the price it is bought.

So, when the prices drop, the difference between the purchase price and market price has to be provided for.

Other than HTM, there are two other bond baskets that are subject to MTM — available for sale or AFS and held for trading or HFT.

While bonds from the AFS basket can be sold anytime, those in the HFT basket need to be sold within 90 days of buying.

After raising Rs 7.1 trillion (gross borrowing) in FY20, the government borrowed little over Rs 13.7 trillion in FY21 and Rs 11.27 trillion in FY22 as the pandemic played havoc with the economy and the fiscal deficit rose.

In the first quarter of FY23, the government’s gross market borrowing has been Rs 3.9 trillion out of Rs 14.31 trillion budgeted for the year.

Since April 2020, the central government has borrowed Rs 28.87 trillion.

A back-of-the-envelope calculation puts the MTM loss at the current market price at around Rs 1.73 trillion.

Of course, banks are not the only buyers of government bonds and even all bonds are not subject to MTM.

There are other buyers such as insurance firms, mutual funds and provident funds besides foreign investors.

It’s difficult to quantify loss of individual banks or, for that matter, the industry, as it depends on the maturity profile of the bonds and in which basket they are kept.

Of course, India is not the only market where bond yields have gone up.

Historically, we have seen steep yield movement in quite a few quarters that had created pain for banks.

The sharpest movement was seen in 2013 during the so-called taper tantrum — when the US Federal Reserve announced paring the pace of its bond buying to reduce the amount of money it was feeding into the economy.

The RBI had come to the rescue of banks on at least three occasions.

In 2004, the banking regulator opened a window, allowing banks to transfer their investment from AFS to HTM basket.

It saved the banks from providing for the future MTM losses in AFS book as the yields were rising continuously.

In 2013, during the taper tantrum, there was a run on the rupee and the RBI had to raise interest rate sharply which led to a spike in bond yields.

At that time, the regulator allowed banks to transfer bonds from the AFS to the HTM basket at almost the price at which they were bought, saving their balance sheets from huge MTM losses.

In 2017, too, when the yields rose, the RBI had helped banks in a different way.

It allowed them to provide for the MTM losses in four quarters instead of taking the hit upfront.

‘Financial market stability and the orderly evolution of the yield curve are public goods and both market participants and the RBI have a shared responsibility in this regard,’ RBI Governor Shaktikanta Das had said in October 2020.

Since then, both the governor and a deputy governor have emphasised on the ‘public good’ aspect of the yield curve on many occasions while the RBI intervened in the bond market through different instruments to stall the movement of yields beyond a perceived comfort level.

All these added to banks’ confidence. They kept on buying bonds, swelling their investment book from Rs 36.85 trillion in March 2020 to Rs 48.44 trillion by early June 2022.

In the same period, their deposit portfolio has grown from Rs 135.71 trillion to Rs 167.33 trillion.

The banks have added about Rs 11.59 trillion to their investment book — 36.65 per cent of their incremental deposits against the mandated 18 per cent investment in government bonds.

This has created demand for bonds and helped the government complete record high borrowing programmes in the past two years.

Overhang of surplus liquidity, too, helped banks add to their government bonds holdings.

Will the RBI step in again with some kind of regulatory forbearance to ensure smooth sailing of the government’s borrowing plan this year and banks’ balance sheets?

Will it raise the HTM limit and allow the banks to transfer bonds to this basket at the price they were bought?

Or, will it offer them an opportunity to stomach the MTM losses in phases over the next four to six quarter?

If this is not done, some of the banks will be in the red, but the loss will not erode their capital to the extent that they fall short of meeting the regulatory requirement.

But there will not be any surprise if the RBI is not inclined to offer any dispensation as lower provision requirements for bad loans and higher net interest margin will help banks counter the treasury loss to some extent.

Tamal Bandyopadhyay, a consulting editor with Business Standard, is an author and senior adviser to Jana Small Finance Bank Ltd.