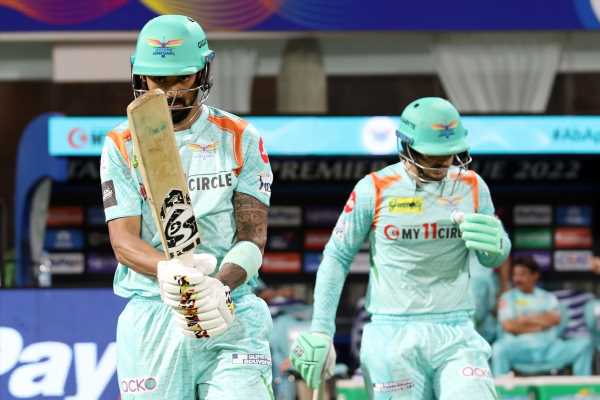 In retrospect, there was no singular moment that turned the match in favour of the Lucknow Super Giants primarily because LSG were always in the driving seat as far as the run-chase was concerned.

Batting second in pursuit of a modest total can be a tricky proposition if wickets are lost cheaply early on. However given the dewy conditions at the D Y Patil stadium in Navi Mumbai, the opening pair’s poise, patience and discipline in the first half of the chase was near flawless — ended only by Rahul’s loss of concentration in the 10th over that led to his eventual dismissal.

Recent successes in defending low totals in IPL 2022 have only been made possible thanks to early breakthroughs and extended periods of bowling supremacy, but there was no such thing at play here as both Rahul and de Kock had come to the crease with a game plan to build a solid partnership that would see them through to the end of the game.

Although they would not be successful in that objective, what they did do was put the game well and truly behind the Delhi Capitals’s reach.

Their partnership never seemed hurried and almost had a Test-like flavour to it as they scored the runs gradually while hitting the occasional boundary off a bad ball.

To their credit, Delhi did claw their way back into the match with late wickets, bringing the game to a surprisingly close finish, but all of the early spadework done by the opening pair would prove fruitful.

At one end, Shardul Thakur was left to defend four off the last over and at the other, the young prodigy Ayush Badoni had the cushion of knowing that there were six additional wickets in hand and hence had the luxury of going for the big hits at the end, closing out the match with two balls to spare.