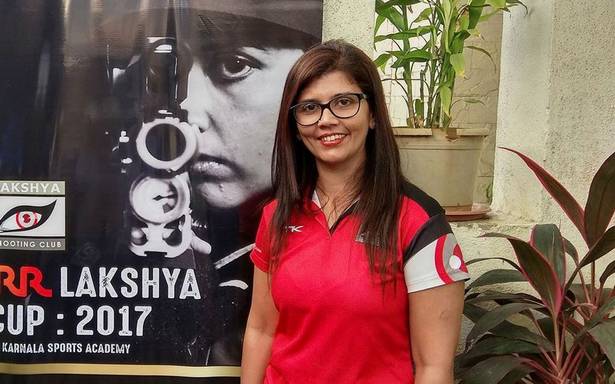 Some of the top air rifle shooters in the country will vie for honours in the 12th edition of the RR Lakshya Cup, a unique mixed-gender tournament, in Panvel, Navi Mumbai on Friday and Saturday.

Leading the field will be Aishwary Pratap Singh Tomar, who was a member of the Indian contingent in Tokyo and is the reigning junior world champion. He will be hoping to take home the senior winner’s cheque worth ₹1 lakh.

The tournament, being revived after the pandemic-forced cancellation of last year’s event, is the brainchild of Suma Shirur, the Olympian shooter-turned-coach. According to Shirur, the event will offer all shooters the rare chance to showcase skills without the pressure of having to vie for National selection.

“Ever since the pandemic set in, domestic shooters have been competing only in selection trials or National championships,” Shirur said at a media interaction on Thursday. “So, I am glad we are hosting the event wherein shooters can perform in the best of conditions to gain an upper hand against some of their competitors.”

The Lakshya Shooting Club, Shirur’s academy, invites the top 20 shooters among juniors and seniors for the tournament. Shirur feels the mixed-gender event adds a special touch to the event, which has been a regular feature at the year-end for a decade now. “Usually the girls are more keen to outshine the boys, so that’s always something to look forward to,” Shirur said.

“Sensing that gender parity would be pushed down the line, I thought of initiating the open event when we started the Lakshya Cup,” Shirur said. “I am glad that not only do the top shooters look forward to the event but the tournament has also established itself as an exposure event for promising shooters.”