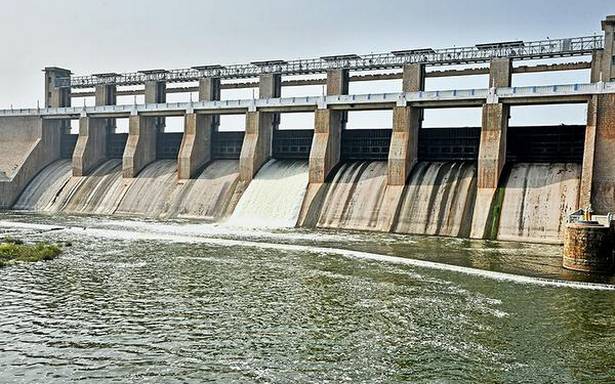 Krishnagiri reservoir has almost filled up to its full capacity with the water level of 51.85 ft, falling short of its 52 ft total reservoir capacity on Thursday.

With the rain subsiding, the inflow to the reservoir had fallen considerably. The inflow was 462 cusecs, while the discharge was 527 cusecs. The storage in the reservoir was 1,649.27 tmcft against the total 1,666.29 tmcft.

Water will be released from the KRP Dam by the end of this month for irrigation.

Kelavarapalli dam in Hosur recorded a water level of 40.02 ft against the total level of 44.28 ft.

The storage level in the dam stood at 333.88 tmcft of the total 480.86 tmcft. The inflow was 340 cusecs and the same quantum of water was being released from the dam.