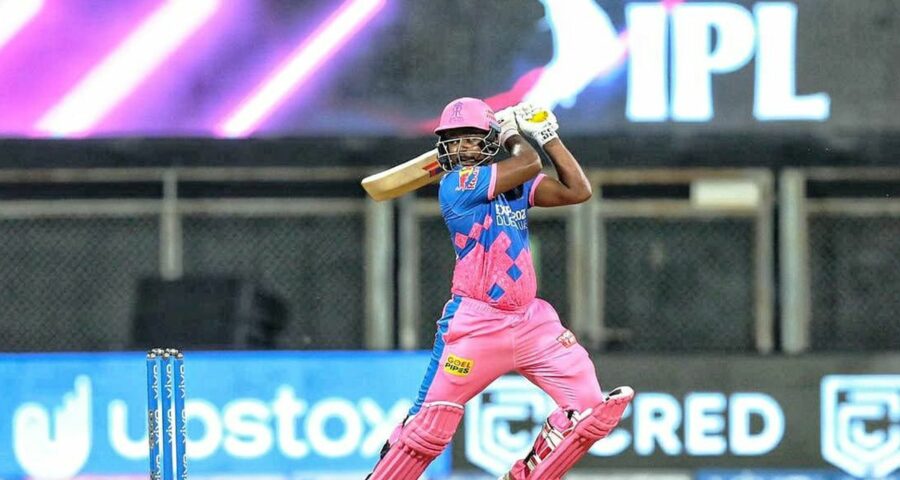 We have been witness to Sanju Samson’s class since he broke into the IPL in 2013.

His effortless batting and timing of the ball is that of a genius batsman. He showcased those very qualities and more when he came out to bat at No 3 at the fall of Ben Stokes’ wicket at the Wankhede on Monday.

p>Samson took time to get going and played watchfully at first, but once he found his feet and his range there was no stopping the Rajasthan Royals skipper.

Once dropped, he clobbered the bowlers to all sides of the wicket. Samson brought up his 50, which included seven fours and two sixes, off just 32 balls.

The required run rate was also on his mind. All this only pushed him to show no mercy and go after the bowling — he switched gears.

Samson didn’t care for the deliveries; if it was meant to be hit, it would go into the stands.

He found allies in Jos Buttler, Shivam Dube and Riyan Parag until their dismissals.

Samson’s shots were typical Samson cricket shots, guaranteed to bring a smile with his effortless hoicks. His century was laced with 12 fours and 7 sixes

But for that false shot off the last ball that saw his dismissal, Samson was all class throughout his innings.

Samson played the role to perfection becoming the first player in IPL to score a century in his first match as captain.

His 119 is the 3rd highest individual score by a wicket-keeper batsman in the IPL after K L Rahul’s 132 and Rishabh Pant’s 128.