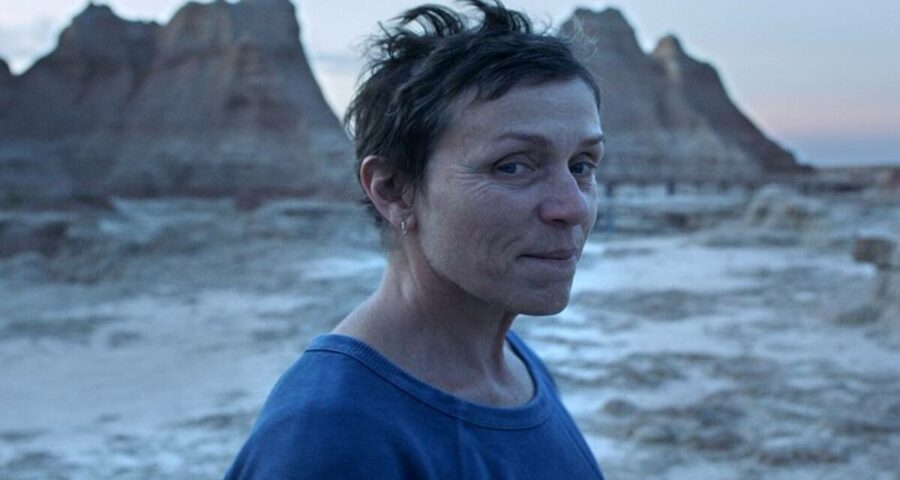 In a year when isolation has been the only way of living and farewell the most common greeting, Nomadland comforts with its compassion. 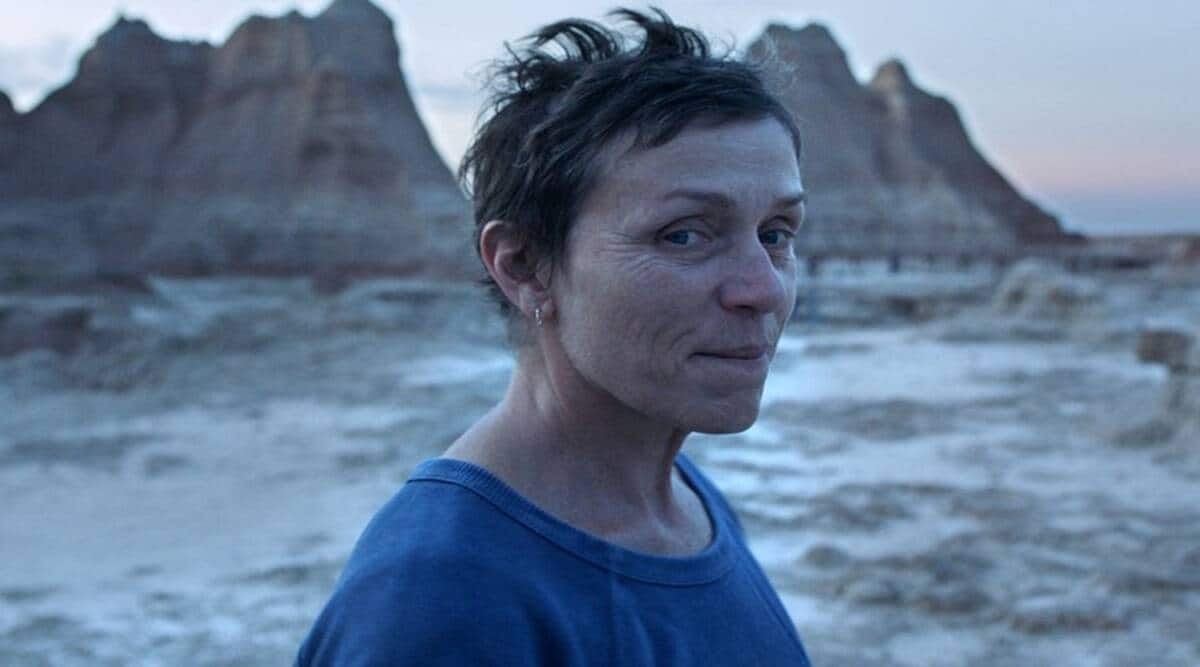 Chloé Zhao’s Nomadland, a meditative drama about a recession-hit American town, opens with a sense of loss that feels prescient. It is 2011 and the collapse of a company has swept away the existence of a Nevada town, erasing its pin code and invisibilising the population. The crisis reduces many people to drifters, forcing them to live out of vans and survive through seasonal jobs.

Adapted from Jessica Bruder’s book Nomadland: Surviving America in the Twenty-First Century, which documents the lives of many Americans who, when struck by the Great Recession, took to a transient lifestyle, the film continues Zhao’s interest and focus on people on the margins (Songs My Brothers Taught Me, The Rider). In 2021, this story of a people rendered rootless by an exigency, Nomadland serves as a succinct representation of the times we inhabit.

The parallels are everywhere. Disillusioned with the American dream, many have been reduced to the status of migrants. Forcible eviction from houses sets them on a journey in search of home. At the centre of the film is Fern, a 60-something widow whose loss runs deeper. When the film begins, she is gently parting with her things, folding her life in a van. Unable to get economic benefits, her means of survival includes driving through the country, taking up odd jobs — at Amazon, in an amusement park, at a fast-food joint — all the while living out of the RV.

Like other nomads, her life is of extreme isolation. She spends the new year eating a burger alone, the only other sound in her van is the noise of a failing radio. Her solitude is so complete that it remains unaffected by the surroundings. She meets people to part with them, forges connections with the investment of a distraction. Her lodging has place only for one. Fern is in perpetual quarantine.

But in spite of such desolation — an outcome of a rigged system designed to benefit a few — Nomadland is a story of hope. Zhao’s reading of the situation is incredibly humanistic. She uncovers individual desires from the ruins of the American Dream. The nomads are houseless, but not a homeless bunch of people. The crisis has lent them a mobility, which they might not have envisioned for themselves in an earlier life. They are the pioneers of America, living a spare but not unfulfilling life. In a quiet moment in the film, some confess that the longing to live before it was too late was the reason for leaving everything behind. This lifestyle becomes their calling.

By elevating our circumstantial compulsion to the nobility of a purpose, Nomadland transforms from a film of our times to a timely film. It not just acknowledges the crippling sorrow we are all stakeholders in during such pandemic-riddled times but by locating liberation in the aftermath of loss, it guides our mourning. By outlining the abruptness with which things we spend a lifetime accumulating can disappear, it bares the transience of life — and the permanence of living. By depicting that home can be what you want it to be and life will go on anyway, Nomadland appears visionary in its empathy.

And this, perhaps, is the reason why Zhao’s film has found so much love. Primed to be a favourite at the Academy Awards with six nominations, it has already won top honours at the Venice Film Festival and the Golden Globes. The buzz around Nomadland is similar to the mass rallying behind last year’s favourite Parasite but the texture differs. Bong Joon-ho’s film, too, was an indictment of capitalism, and a scathing portrait of its cruelty. Parasite sweeping the Oscars was an acknowledgement of the ubiquitous rot in the system, the sight of Bong holding the coveted award was a fairytale ending to an underdog story.

Nomadland is a specific American story with a white actor in the lead. But in a year when isolation has been the only way of living and farewell the most common greeting, Zhao’s film comforts with its compassion. By portraying that ferns grow and life survives in a nomadland, she is telling a story of impossible hope. The film validates our experience. We need that, now more than ever.

This column first appeared in the print edition on April 13, 2021 under the title ‘Scenes from a bad year’. [email protected]