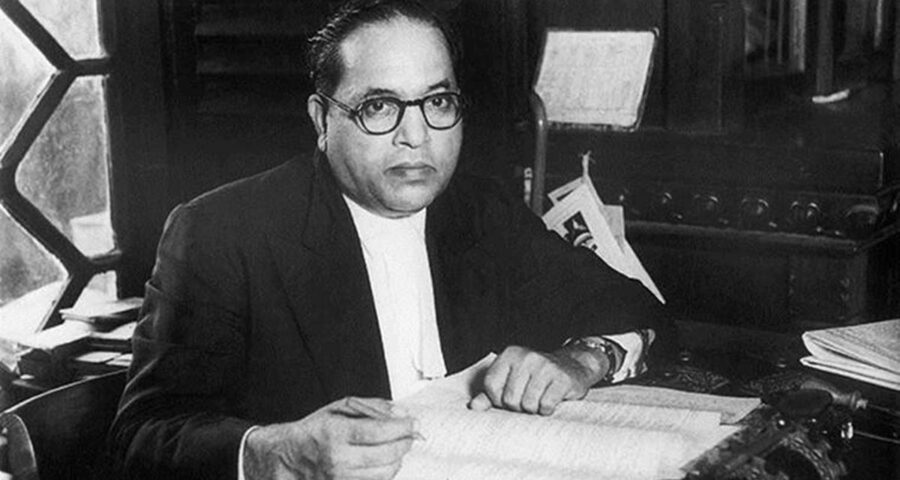 Ambedkar described nationality as “consciousness of kind, awareness of the existence of that tie of kinship”, as this is how people come close to each other and develop a sense of fraternity. Whenever I think of Babasaheb Bhimrao Ambedkar’s thoughts and his vision, his work for social democracy comes to mind. In his speech in the last meeting of the Constituent Assembly, for instance, he had categorically said that the caste system and democracy cannot coexist. That is why the Indian Constitution barred discrimination on the basis of caste and language.

Ambedkar drafted the Constitution with his able colleagues and gave a voice to the traditions, faith and beliefs of the country. But, in his vision, all the citizens of the country were Indians first; their other identities came later.

If we delve into Ambedkar’s statements in the Constituent Assembly, we find a unique confluence of politics, law, history and philosophy. In November 1948, while proposing to consider the draft of the Constitution, he explained the decision to call India a “Union of States” and not a “Federation of States”. I believe that Ambedkar was concerned with the challenge of social separation in India, so he said, “If we want to build a democracy, we have to recognise the obstacles in our path because the grand palace of the Constitution stands on the foundation of people’s allegiance in democracy.”

These views reflect his sense of nationalism, in which there is no distinction among individuals, irrespective of their caste and religion. There is harmony among all of us. That is why our nation is a classic example of unity in diversity. That is why the Preamble of the Constitution lays stress on equality and fraternity among citizens. Any nation is formed by a coming together of its traditions, cultures, religions and languages. Therefore, nationalism has no place for parochialism.

Ambedkar also explained this vision about India in a wider perspective. Giving importance to the land, its society and the best traditions for nation-building, he stressed that the nation is not a physical entity. It is the result of continuous efforts, sacrifice and patriotism.

He described nationality as “consciousness of kind, awareness of the existence of that tie of kinship”, as this is how people come close to each other and develop a sense of fraternity. In this, the idea of narrowness is the biggest obstacle. He clearly said that he wanted all the people of India to consider themselves as Indian and only Indian.

Ambedkar took three words from the French Revolution — liberty, equality and fraternity. These words included in the core of the Constitution also deeply influenced his political and social philosophy. That is why the fundamental rights provided by the Constitution enshrine the right to equality through Articles 14 to 18, the right to freedom through Articles 19 to 22 and the right against exploitation (Articles 23 and 24).

Ambedkar was also a pioneer in his thinking on women’s education and jobs. He believed that the progress of a community ought to be measured “by the degree of progress which women had achieved”. He was probably the first scholar who tried to understand the position of women in the caste structure. That led him to advocate for rights and empowerment of women.

Ambedkar’s dream for India was that equality should be established at all levels in the society. That is why he constantly emphasised on making society classless. It is intellectual poverty to associate him only with a particular class or caste. He belonged to all.

It also needs to be understood that Article 370 was also added to the Constitution against his will, which was abrogated after 72 years of Independence with the strong will and resolve of Prime Minister Narendra Modi and Home Minister Amit Shah.

If we go into the totality of Ambedkar’s thoughts, we will find the seeds of equality, unity and integrity. His philosophy of “bahujana hitaya bahujana sukhaya” and its belief in equality and justice is relevant today and will remain so in the future.

This column first appeared in the print edition on April 13, 2021 under the title ‘Nationalism and Ambedkar’. The writer is governor, Rajasthan