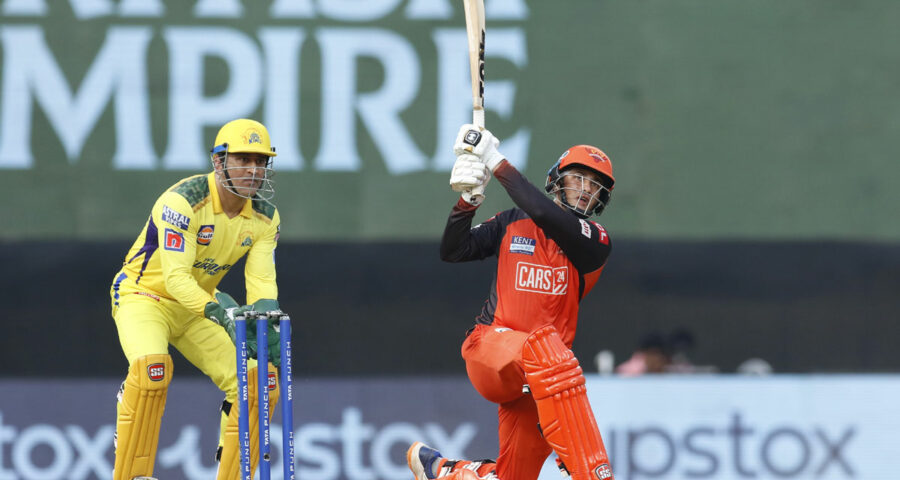 Abhishek Sharma hit a career-best 75 to steer Sunrisers Hyderabad to a comfortable eight wicket victory against the Chennai Super Kings in the IPL 2022 match at the D Y Patil stadium in Navi Mumbai on Saturday.

After the bowlers had done well to restrict CSK to 154/7, Abhishek stroked his maiden IPL fifty to help SRH register their first win in IPL 2022.

Abhishek had made a name for himself in Under-19 cricket before he was bought by the Delhi Daredevils (now Delhi Capitals) in IPL 2018, but he played just three games for them.

The youngster’s career took a big turn when he joined Sunrisers Hyderabad. He got just three games in his first season for SRH, but in the following seasons the team management stuck with him as he played eight games in the next two seasons, showing some promise.

The fact that SRH brought back Abhishek for Rs 6.5 crore (Rs 65 million) proved how much they believed in the all-rounder’s abilities.

He failed in the first two games as opener as SRH finished on the losing side, but the team management showed trust to continue him at the top of the order in the crucial game against CSK.

And he repaid the team’s trust with a fine half-century to help SRH break their duck in IPL 2022.

While Captain Kane Williamson took his time to get going, Abhishek provided the impetus in the Powerplay with regular boundaries. He raced to his maiden IPL fifty from just 32 balls, putting on 89 runs for the opening wicket with Williamson to lay the foundation for SRH.

He took the game away from CSK, putting on a quickfire stand of 56 runs from 30 balls with Rahul Tripathi, who blasted 39 from 15 balls, to guide SRH to victory.