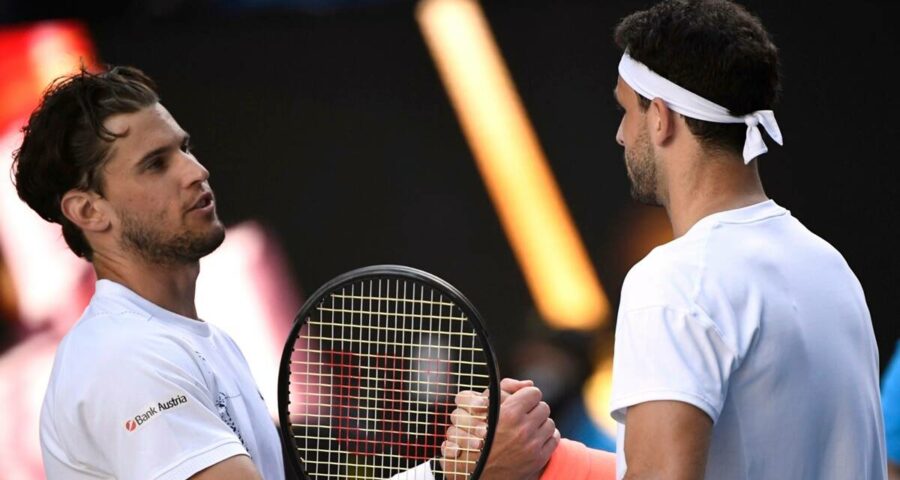 Dominic Thiem was one of the favourites as the tour shifted to 2021's first major in Australia. But his second Slam will have to wait, as a tiring Thiem faded away in a 6-4, 6-4, 6-0 fourth round loss to World No 21 Grigor Dimitrov. 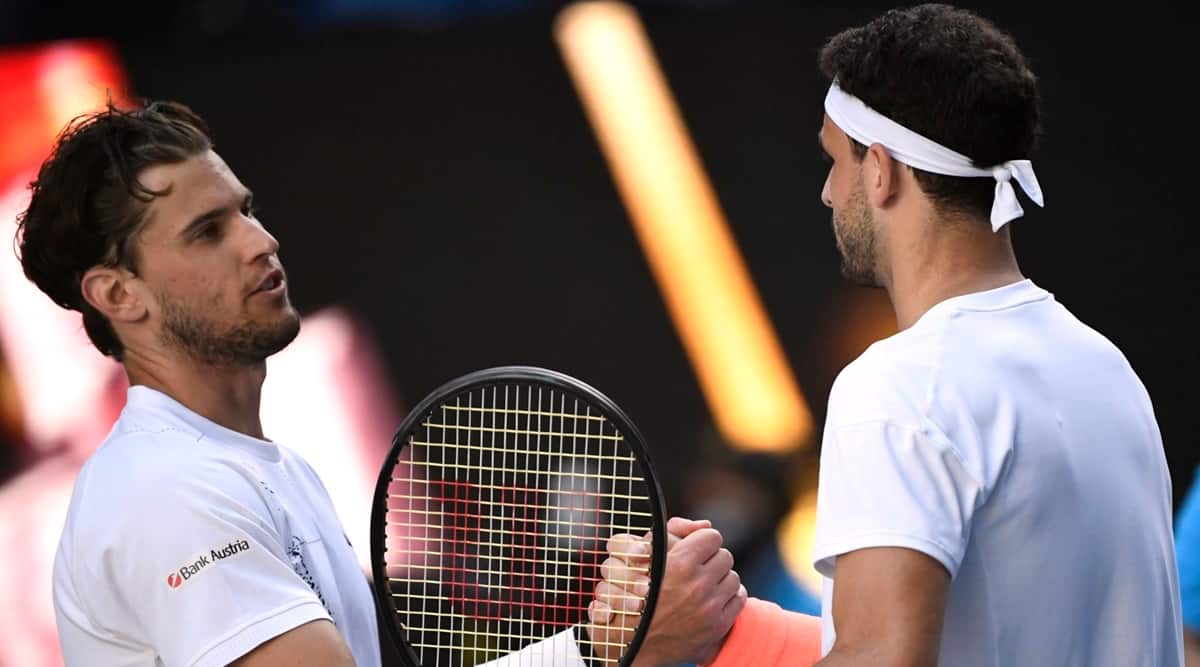 In September, Dominic Thiem proved that he is no longer a pretender to a Grand Slam throne. He spent years knocking on the door, losing in the final to Rafael Nadal at the French Open in 2018 and 2019, and then in the summit clash to Novak Djokovic at the Australian Open last year. It may have been the same story at the US Open, when he lost the first two sets to Alexander Zverev in the final, but then came back to become the first male singles player born in the 1990s to win a Grand Slam.

It took him to the World No 3 spot, and made him one of the favourites as the tour shifted to 2021’s first major in Australia. But his second Slam will have to wait, as a tiring Thiem faded away in a 6-4, 6-4, 6-0 fourth round loss to World No 21 Grigor Dimitrov.

What was expected to be a gripping battle actually turned out to be a tame affair that lasted a minute over the two hour mark – the third set was just 21 minutes long.

The 27-year-old Austrian is rated among the fittest players on tour. But under the Melbourne sun he was wilting. His movement wasn’t as fluid as he has shown almost every time he’s on court. Clearly, he hadn’t quite physically recovered from his draining third round match against Nick Kyrgios.

That match on Friday was three hours and 21 minutes long. While it wasn’t the longest match this Australian Open has seen, the fact that he had to come back from two sets down to win in five, and the energy he spent on quelling Kyrgios’ firepower, had taken a lot away from Thiem physically and mentally.

“Some little physical issues,” Thiem said after his match. “I don’t want to find any excuses. But the thing also is that I’m not a machine. I mean, sometimes I would like to be, but there are really, really bad days. As soon as you’re not a hundred percent there on court on this level, then results like this come up and that’s exactly what happened today.”

In comparison, Dimitrov’s third round match against Pablo Carreno Busta lasted just 38 minutes since the Spaniard retired due to injury at the start of the second set.

Tired legs gave way to tired shots, and that led to an increased unforced error count – 41, as opposed to just 18 from Dimitrov’s racquet.

Despite the fatigue, remarkably, Thiem broke Dimitrov’s serve early in the first two sets but just couldn’t hold on. His go-to tactic, of making the rallies last longer, seemed doomed on the day as he just didn’t have the energy to grind it out.

Against Kyrgios, Thiem grew stronger when the rallies were long. But he couldn’t handle the physicality against Dimitrov. In rallies that lasted at least nine shots, Thiem won 13 and Dimitrov won 18 (most ended with a Thiem error).

In his on-court interview, Dimitrov acknowledged that Thiem was probably not at his best. But for his part he made sure he stayed steady in the match, despite losing his serve early in the first two sets.

He stayed patient in rallies, not pulling the trigger too soon, but instead played percentage shots that forced return after return from his tiring opponent. 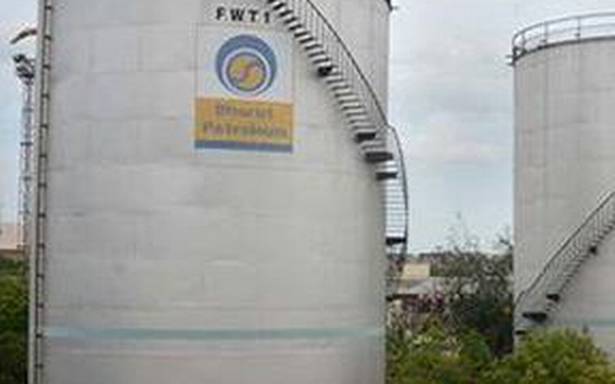 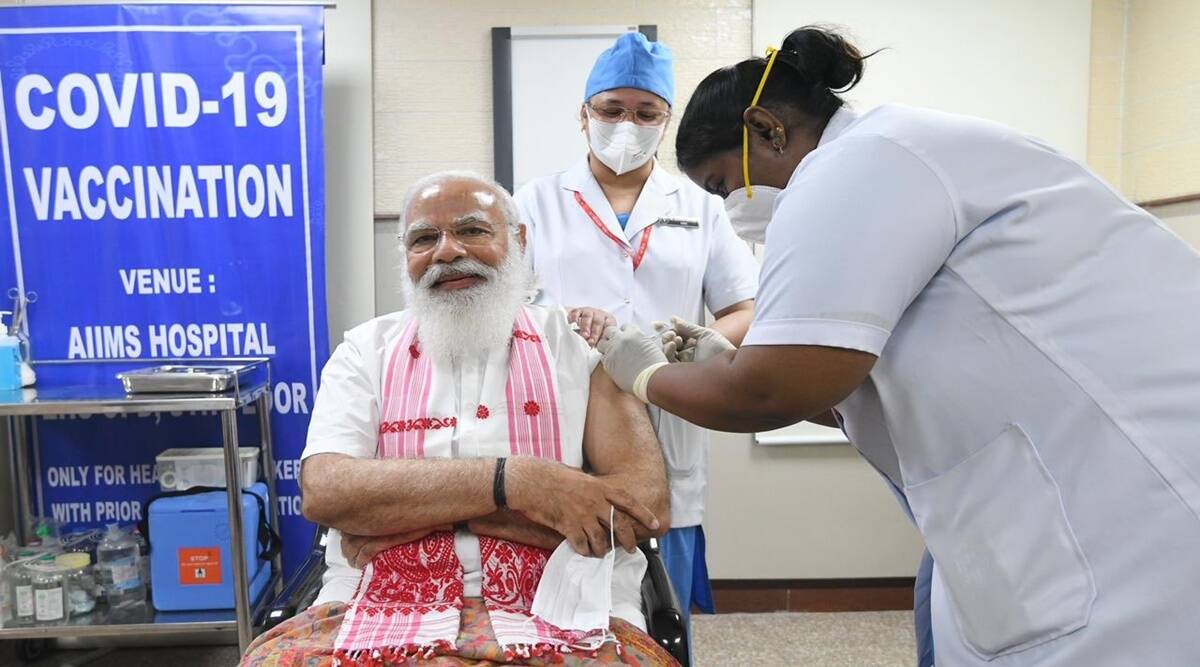