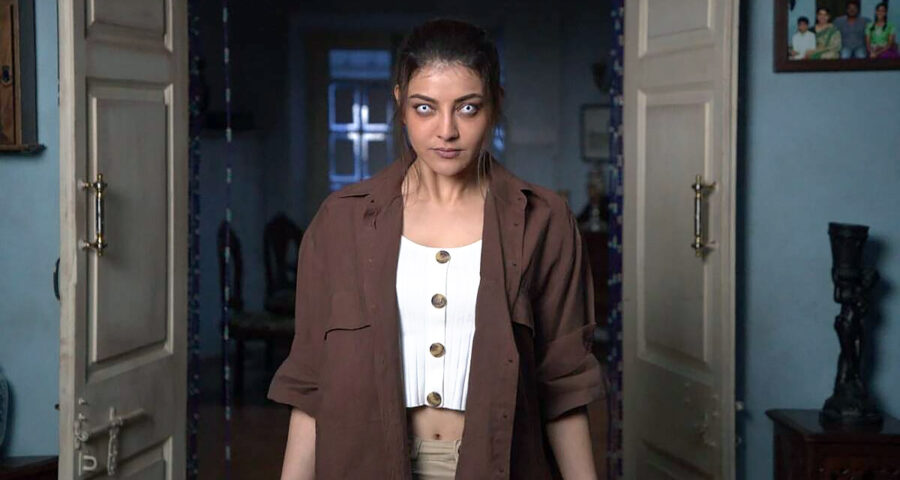 It’s disrespectful to watch a series like Live Telecast.

Jenny (Kajal Aggarwal) is a TRP-obsessed director of the show Dark Tales, who will do anything to rank better than the others.

Her television crew is hand-in-glove with her.

After ranking number one for some time, her show, which dramatises real horror stories, starts getting impacted by a family show called Parivar.

The latter is the TV debut of a big-screen actress which, according to Jenny, is the reason why it is getting so much attention.

When she is pestered to reclaim her show’s past glory, she stages a rape by a ghost for an episode that backfires. Cornered, Jenny decides to go LIVE from a haunted house and everything goes haywire.

Live Telecast seems like a desperate bid by Venkat Prabhu to cling to outdated horror tropes.

From titillating content, cliched ghosts to pathetic camera moves, Live Telecast is a horror, and not because of the genre it delves into.

It is probably the worst made horror Web series in recent times.

In fact, Prabhu is so fixated with the ancient programming that he forces a needless scene of a cop killing three men, who escape legal punishment after committing rape because they belong to the influential class.

The only reason I could figure for this terrible scene is to establish the character played by Selva.

But when he was actually needed to show his strength, he gets away with: ‘They are on their own.’

Expecting film-makers to take a moral high ground in their content is perhaps a silly thing to wish for these days.

But it is a completely different tale to disrespect the very audience it is catering to.

When we have a movie like Thappad making everyone aware of domestic violence, here’s a man asking another man not to cry like a woman.

There’s a scene where a character has a premonition that his girlfriend would get killed at a party. He manages to save her.

It is later explained that he is a vessel for ghosts, but he never said he had powers.

The backstory of the spirit is so shoddily handled, it makes no difference to you.

It’s really funny to hear people who indulge in everything wrong, lecture on morality.

Selva, who believes in bumping off criminals who manage to manipulate the law, is seen lecturing the television crew to know where to draw a line between what to show on TV. How mature!

Suddenly the director realised there needs to be some backstory of people like Jenny or Shekhar (Vaibhav) just because they are the main characters. So there’re lame subplots of Jenny rejecting a man to prove she is career-oriented and Shekhar trying to prove he isn’t a flirt. YAWN!

The less I talk about the performances, the better.

Everyone oscillates from being melodramatic to over-the-top and just drab.

Kajal Aggarwal adds familiarity to the cast although, if written well, her character could have been the redeeming factor here. Everybody else just fills need for actors in a series, nothing more.

Should you watch Live Telecast?

Maybe you should watch the ‘American, Korean, Japanese movies’ that the cast keeps talking about in the series. That will be a much better experience. 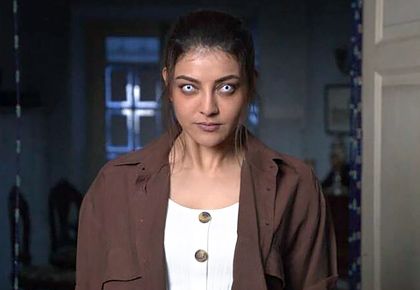