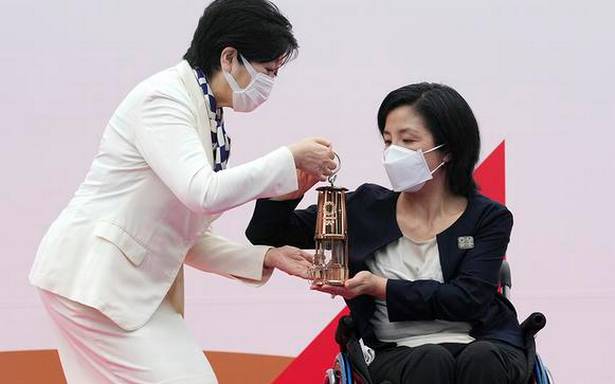 The Olympic flame arrived in Tokyo on Friday with just two weeks until the Games open, as athletes and fans mourned a “heartbreaking” decision to bar spectators from almost all venues given the pandemic situation.

In a taste of what is to come for thousands of athletes, the public was kept away from the arrival of the flame and a welcoming ceremony was attended only by the media and officials.

As the final countdown to the July 23 opening ceremony begins, the mood is far from the usual festive Olympic spirit.

Tokyo will be under a virus state of emergency from Sunday until August 22, putting a further dampener on an already unusual Olympics.

The measures, which mostly limit alcohol sales, restaurant opening hours and crowd sizes, come as infections rise in the capital and with authorities concerned about the spread of the Delta variant.

Given the decision, organisers said on Thursday they would bar spectators from venues in Tokyo and three surrounding areas, where most competitions will be conducted.

A handful of events will be held elsewhere in the country with some fans in attendance.

Governor Yuriko Koike received the flame in a lantern at a ceremony in an empty stadium. The nationwide torch relay was supposed to stoke excitement about the Games, but almost half the legs have been off public roads or otherwise altered because of virus concerns.

Despite the disruptions, Koike said the flame’s passage offered “hope” that she said torchbearers would “carry into the Olympic stadium”.

When the cauldron is lit on July 23, only dignitaries and officials will be in the stands at the 68,000-capacity National Stadium in central Tokyo.

A decision on allowing spectators at the Paralympics will be taken after the Olympics end.