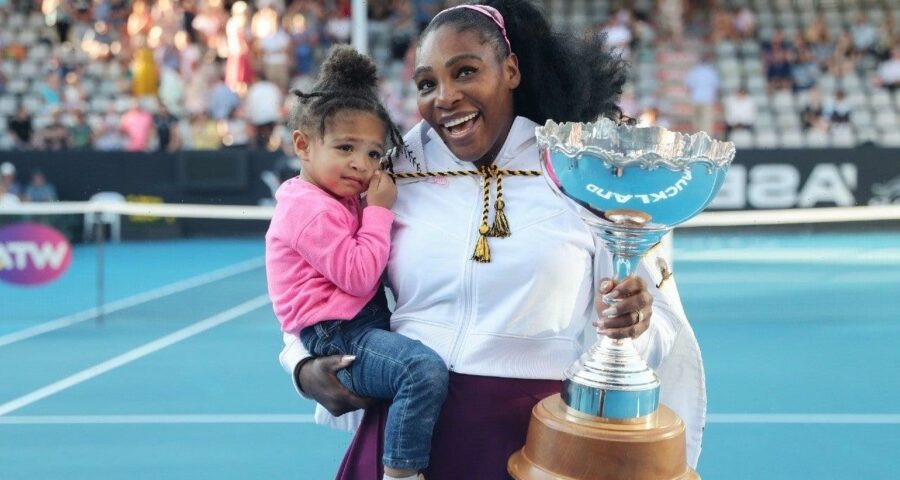 On Thursday, the tennis star shared several photos on Instagram of her and her 3-year-old daughter rocking matching pink loungewear while mirroring each other’s model poses. Olympia’s sweater reads, “I got it from my mama,” while Williams’ sweater reads, “Mama.” The duo strikes a pose in the first two photos, but the third is a more candid pic of Olympia hugging her mom’s leg and grinning widely.

Along with the many friends and fans sharing their love for the sweet carousel of photos, Williams’ husband, Alexis Ohanian, commented: “my two girls,” along with two hearts.

The sweet mother-daughter moment comes a week after Williams’ exit from Wimbledon after suffering a tournament-ending injury. The tennis player explained on Instagram that she withdrew from this year’s tournament after injuring her right leg during her match against Aliaksandra Sasnovich of Belarus.

“I was heartbroken to have to withdraw today after injuring my right leg,” she wrote of the incident. “My love and gratitude are with the fans and the team who make being on centre court so meaningful. Feeling the extraordinary warmth and support of the crowd today when I walked on – and off – the court meant the world to me.”

Williams will not be competing in the Tokyo Olympics, explaining that there are “a lot of reasons” why she decided not to sign up during a Wimbledon press conference.

“It has in the past been a wonderful place for me, but I really haven’t thought about it, so I’m going to keep not thinking about it,” she said.

Williams is a four-time Olympic gold medalist, most recently in 2012, when she won in both the singles and doubles competitions, the latter of which was alongside her sister, Venus Williams, with whom she won two times prior.

For more on the tennis star, watch the video below.