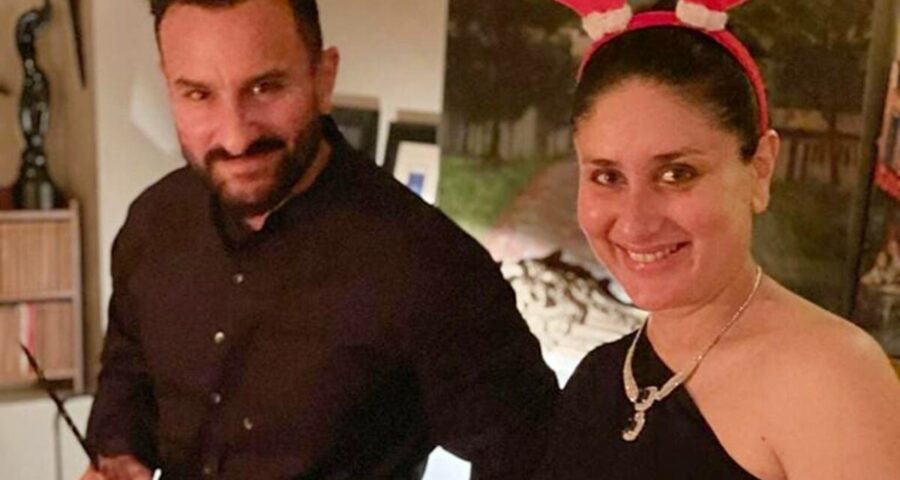 Kareena Kapoor Khan and her husband Saif Ali Khan welcomed their second child, a baby boy, in February this year. They have a four-year-old son Taimur Ali Khan. While Kareena shared glimpses of her son a couple of times on her Instagram handle, they are yet to announce the baby’s name officially. ‘Saifeena’, as their fans fondly call them, have a four-year-old son Taimur Ali Khan.

Kareena had earlier in the day, revealed the cover of her debut book titled Kareena Kapoor Khan’s Pregnancy Bible. Calling it her ‘third child’, she posted, “This has been quite the journey… both my pregnancies and writing my Pregnancy Bible. There were good days and bad days; some days I was raring to go to work and others where I struggled to get out of bed. This book is a very personal account of what I experienced both physically and emotionally through both my pregnancies.”

On International Yoga Day recently, Kareena had shared on Instagram that she was ‘exhausted’ post her second delivery. “For me, my yoga journey began in 2006 when I signed Tashan and Jab We Met… an incredible one… which kept me fit and strong. Now after two babies and four months postpartum… this time I was just exhausted and in too much pain to get back but today I’m slowly and steadily getting back at it. My yoga time is my me time… and of course, consistency is key… so, keep at it people,” Kareena wrote along with sharing a photo of herself.

On the work front, Kareena will next be seen opposite Aamir Khan in Laal Singh Chaddha, Saif, on the other hand is gearing up for the release of Bhoot Police.