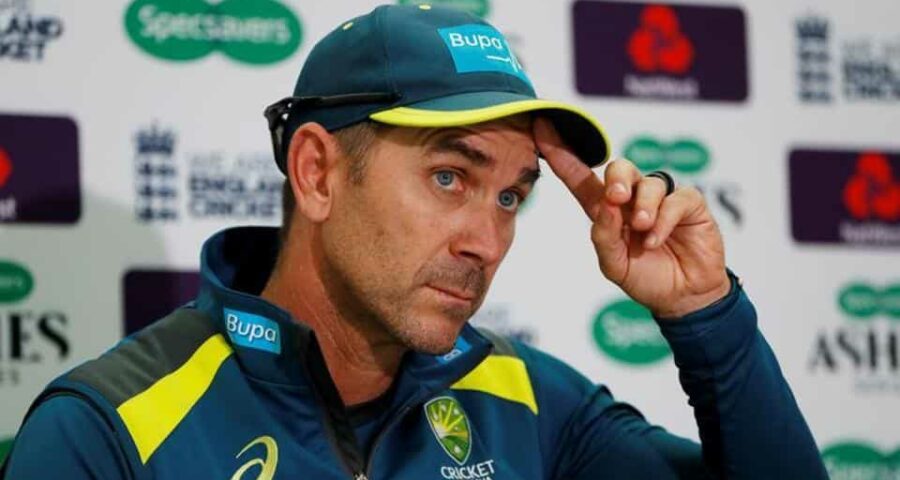 Indian cricket team surprised their critics with a stupendous performance against Australia in the second Test at the Melbourne Cricket Ground. After the debacle in Adelaide where they were dismissed for just 36, many former players predicted a 4-0 thrashing of India in the four-match Test series. But with their backs to the wall, Team India under the leadership of Ajinkya Rahane managed to triumph against Australia to level the series 1-1.

The performance was lauded by many with players and fans alike as they praised the fighting spirit of the Indian team. Australia coach Justin Langer on Tuesday also commended India, saying that they have been distinctly well-planned and disciplined, especially in bowling, so far even as his side races to address its batting woes ahead of the third Test starting here on Thursday.

Asked about Australia’s low-scoring in the current series and if that is a concern, Langer cited various factors, the biggest being India’s lethal accuracy with the ball.

“…their greatest strength over the last couple of series has been their discipline. They (India) have been so well disciplined…I have loved the last two Tests because the wickets have been a contest between bat and ball and you have got to work a bit harder and that is what Test cricket is all about,” Langer said at a virtual press conference.

According to Langer, a former opening batsman, India have taken a straighter line to couple of their batters and have accordingly placed their fields.

“So, I think, there is the factor of the wickets that we have played on, there is certainly some seam movement, there was a little bit of swing in both those wickets. India have (has) taken a straighter line to a couple of our batters and set the fields accordingly,” he said.

He also praised India off-spinner Ravichandran Ashwin for his performance so far saying it is difficult to score quickly against great bowlers.”…And let’s not discount Ravi Ashwin, how many has he taken 380 Test wickets? The great bowlers are the ones who are hard to score against and (Jasprit) Bumrah is certainly up there at the moment, Ashwin is up there at the moment, we are aware of it,” he said.

“We know how we like to play our cricket as Australians, but credit to India, very well-planned, as you would expect they have discipline in their bowling, the wickets that we have played on have been competitive, so we are aware of that and I’m not too stressed about it (scoring rate),” he added.

Langer also said that they were addressing the their batting concerns and working on strategies to counter the Indian spinners.

“I think we have got to look at our strategies against the Indian spinners. Ashwin is bowling in very well and we have worked hard on that last week or so,” the Australian head coach added.

While Langer has always been effusive in his praise for Bumrah, he also lauded young India seamer Mohammed Siraj for his performance in his debut Test at Melbourne.

“Obviously, Bumrah is a world-class bowler and (Mohammed) Siraj coming in, he is a very skill-full bowler…I thought he (Siraj) bowled very well in his first Test match, his debut, so we are interested to see who comes in as their probably third quick (and) time will tell,” he said.

“We have only scored precisely 200 in that second innings (in Melbourne) but anytime in Test cricket when you are not scoring over 200s, you are looking at ways to improve,” he added.Langer concluded by saying that there was plenty of talent in Australia and it was all about opportunities.

“Obviously, Davey (David Warner) coming back in after injury, you always welcome back your great players back into the team. There is plenty of batting talent in Australia and it is all about opportunities, obviously.

“You fit six batsmen in at one time, so it is all about opportunities,” he pointed out.

The four-match series is currently tied at 1-1. The third Test of the series will be aired on Sony Six, Sony Ten 1 and Sony 3, from January 7 from 4.30am.