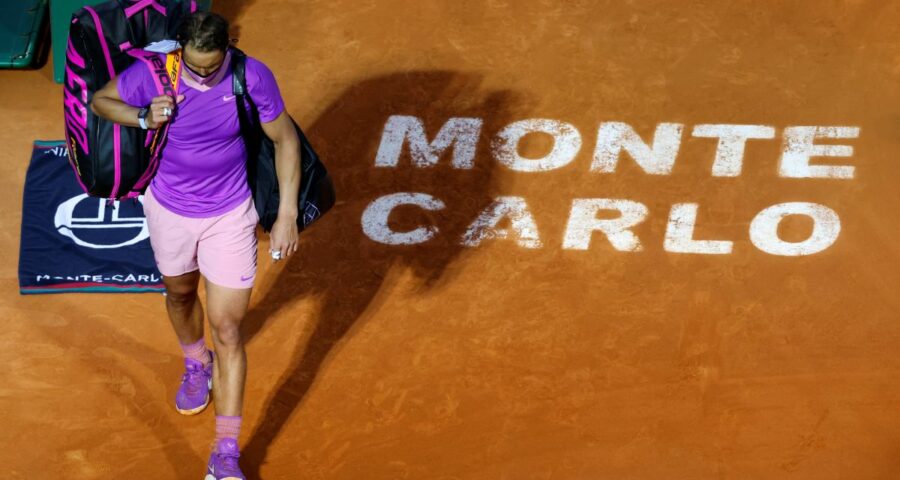 Rafael Nadal said he missed the opportunity to get his claycourt season off to a title-winning start after a 6-2, 4-6, 6-2 defeat by Russian Andrey Rublev in the quarter-finals of the Monte Carlo Masters on Friday.

Playing his first tournament since losing to Stefanos Tsitsipas in the Australian Open quarter-finals, 20-times Grand Slam champion Nadal struggled on serve as he crashed to only his sixth defeat at the tournament he has won 11 times.

“It’s been such an important tournament during my career. I’m always sad to lose here because it’s an important one for me. I missed an opportunity to start the clay season in the right way,” Nadal told reporters.

“The only thing that I can do is go to Barcelona and keep practising, try to fix the things that didn’t work well… Lots of mistakes… A few things that make a big difference on the result and on my game that I wasn’t able to make today.”

Rublev said his first victory over Nadal was among the best of his career but acknowledged the Spaniard was off his game.

“If we look (at) a player like Rafa, the best claycourt player in history, then it’s one of my best victories,” Rublev, who faces Casper Ruud next, said.

“But if you look at it from the other side… for sure he didn’t play his ‘good’ level. In his position it’s tough when people expect that… you have to win every time.

“… It’s so tough to play with this feeling.” 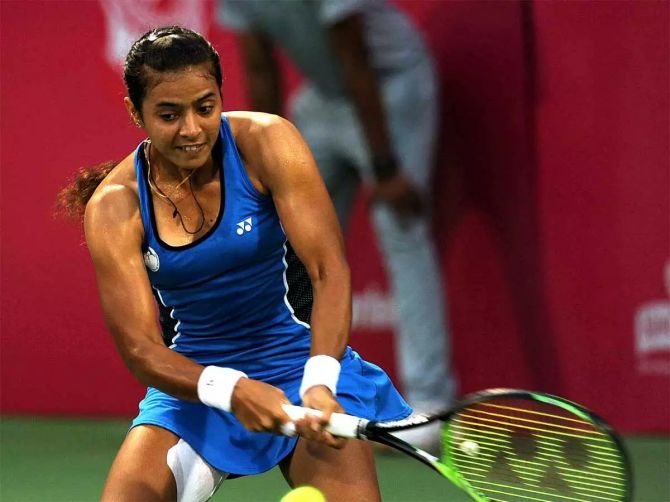 Katie Boulter and Heather Watson won with near-identical scorelines to give Britain a 2-0 lead in their Billie Jean King Cup playoff against Mexico on Friday while Ukraine and Italy also chalked up victories.

With Britain’s top-ranked player Johanna Konta sidelined with a knee problem, it was up to Boulter and Watson to take control of the tie in Roehampton.

While Boulter beat Marcela Zacarias 7-5, 6-0, with the second set lasting less than 25 minutes, Watson overcame Giuliana Olmos 7-5, 6-1 to put Britain in a commanding position in the best-of-five tie.

“Initially I was a little bit nervous… It was a really close first set and I managed to squeeze it through,” Boulter said.

The doubles match and the reverse singles matches will be held on Saturday and Britain can take an unassailable 3-0 lead if Watson beats Zacarias.

The old Fed Cup was re-branded last year and named after the American great and 12-times Grand Slam singles champion who won the inaugural tournament nearly 60 years ago.

“Scoring the first point of the Billie Jean King Cup era is a special feeling and hopefully there are many more to come for Ukraine,” Svitolina said after beating Japan’s Chihiro Muramatsu 6-3, 6-2.

Italy also took a 2-0 lead over Romania in Cluj-Napoca after Elisabetta Cocciaretto beat debutant Irina Bara 6-1, 6-4 while Martina Trevisan held off Mihaela Buzarnescu to win 6-2, 2-6, 7-6(5) in an epic encounter that lasted over three hours.

Kazakhstan and Argentina shared the spoils after Yulia Putintseva came from behind to beat Nadia Podoroska 2-6, 6-4, 6-0 before Maria Carle upset Elena Rybakina 6-4, 3-6, 6-0 in front of a small but loud crowd.

Latvia’s Jelena Ostapenko was tested by India’s Ankita Raina but prevailed in three sets with a 6-2, 5-7, 7-5 victory while Anastasija Sevastova brushed aside Karman Thandi 6-4, 6-0 to give her team a 2-0 lead.