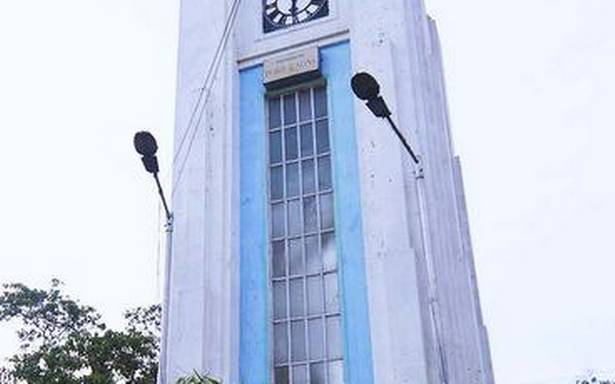 It plans to take up development works in the neighbourhood

The role was bestowed on Rotary Club of Royapettah by Greater Chennai Corporation as part of its Park Adoption Scheme for Urban Landscape Maintenance and Improvement (PASUMAI).

“As our Club’s logo is a clock tower, we thought it would be symbolic for us to be associated with this landmark,” says Reji Jose K., president, Rotary Club of Royapettah.

Due to the surge in Coronavirus cases in Chennai, the Club has had to put its plans on hold.

Its agreement with GCC stipulates that the Club ensure the clock is ticking and the traffic island with its lush greenery is a feast for the eye.

Reji reveals that the Club has invited historians to unwrap the past around the tower clock.

“By the time we beautify this place, I hope to bring out a brochure that will present the history that goes with the place,” says Reji, a resident of Arumbakkam.

The 19-year-old Club has also launched a few social initiatives in the neighbourhood that it plans to scale up.

Says, “Ultimately, we are planning to go back and do something around Royapettah.”