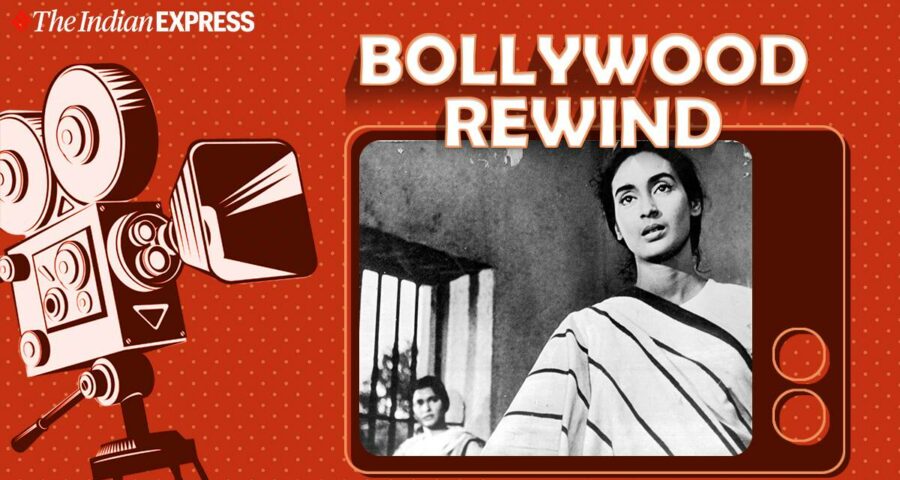 Bimal Roy's Bandini, starring Nutan, Ashok Kumar and Dharmendra, is the heartbreaking saga of a woman who makes no excuses for her sins and will live her life in that guilt. 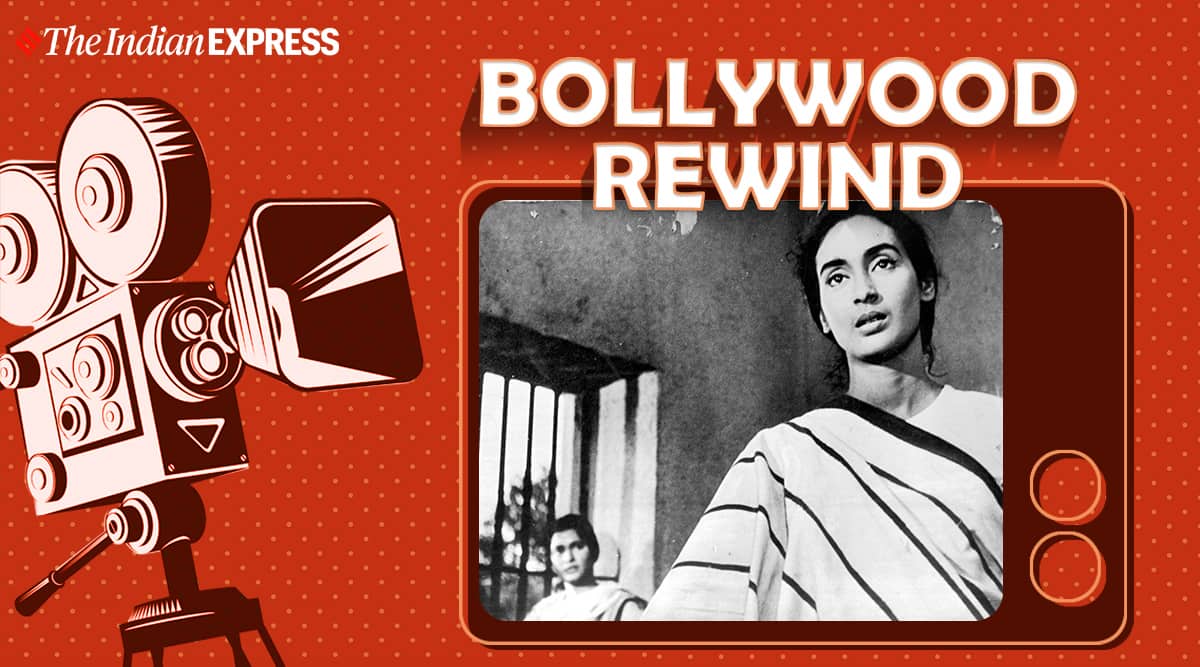 In this weekly column, we revisit gems from the golden years of Hindi cinema. This week, we revisit Bimal Roy’s 1963 film Bandini.

Set in the 1930s, Bandini is the story of Kalyani (Nutan), a woman who is in prison and believes that no matter what form of punishment she gets, nothing will ever absolve her of the crime she committed that fateful night when she killed her ex-lover’s wife. Her guilt over that poisoning has been the focal point of her life since then and Kalyani has accepted it as her fate. While she lived her life being the embodiment of her name, the one who takes care of others, and continues to do so, she has swallowed that living by her name is now the only way for her to show remorse over her ungodly actions.

It is Kalyani’s lack of self-worth at this time in her life that she can’t see beyond her sins. So when a kind, progressive doctor (Dharmendra) falls in love with her, she finds it bizarre. She even pleads with the jailor to not release her on account of good behaviour because no amount of good deeds can wash over her ‘paap’. As the flashback begins, we are drawn into Kalyani’s universe as we meet the woman who once fell in love with a freedom fighter named Bikash (Ashok Kumar) and joyfully sang “Mora Gora Ang Lai Le” as she waited for him. When Bikash promises to return to the village to marry her, Kalyani longingly waits but Bikash moves on. Society mocks her elderly father for being fooled by a revolutionary and thus, threatens them with a social boycott. She packs up her things and leaves, to never look back as Mukesh’s voice sings “O Janewale Ho Sake To Laut Ke Aana.” 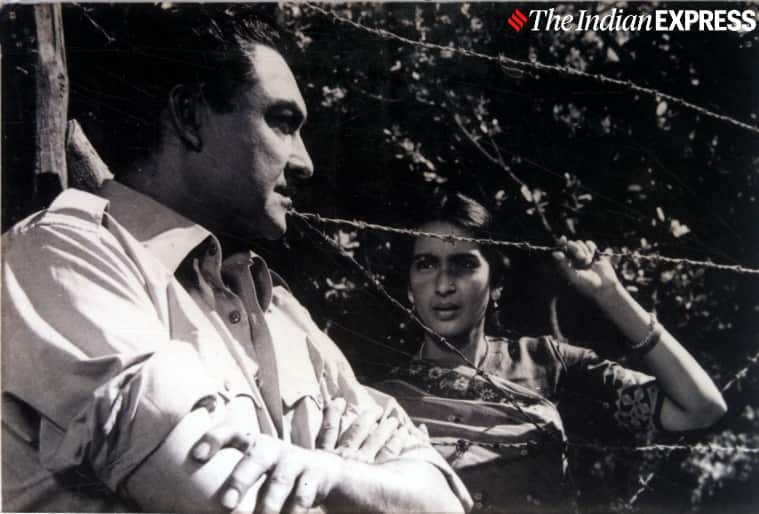 Bandini belongs to Kalyani, wonderfully played by Nutan. Director Bimal Roy tells her story from her point of view and does not make her a damsel in distress who needs to be saved, thus staying true to her integrity. Pointing out the ‘damsel in distress’ aspect is necessary as we see different interpretations of feminism in the film. In what can be seen as a significant conversation today, Kalyani asks Bikash what he thinks about women’s role in society. He is projected as an open-minded man who asserts that while he earlier thought that men and women deserve equal footing in society, he has changed his mind and believes women must stay home because they can do just as much for society from the confines of a household. He speaks from personal experience after he was rescued by a noble housewife trying to do her part in the freedom struggle. In another scene, Kalyani’s father echoes the same thought as he calls her ‘Annapurna’ and compares women to being goddesses of the house. Examining these statements today, we can see the problematic nature here and it was probably this kind of pseudo-feminism practised by men in that era that further deepened the big divide in our traditionally patriarchal society.

That said, even though we don’t see the protagonist opposing these thoughts, the film’s subtext is anything but sexist. Bimal Roy gives way to these differing opinions but does not make his lead character abide by them. Kalyani is a trooper as she independently finds a job and starts earning a respectful living while working at a nursing home.

So far, Kalyani is an aspirational woman in this flashback so the fact that she killed a woman feels like a misunderstanding of some kind. That’s when Roy pulls the rug from under your feet and introduces you to the irrational side of a human being that’s almost inexplicable. The scene where Kalyani poisons one of the patients is a masterclass in itself.

Kalyani is probably having the worst day of her life as she sees her dead father in the hospital. Adding to the misery, she also finds out that the woman she has been tending to for all these days is Bikash’s wife, the woman he left her for. Her broken heart is squished even further. All hope seems lost as Kalyani pumps the stove to make tea for his wife and the fire starts flaring up. Her walk down the corridor has the light coming on and off as we hear metal thuds. The sparks from the nearby metal workers fly as Kalyani walks in a daze and pauses near the bottle labelled poison. For her, it is almost like an out of body experience at that point and it is evident when you hear her shriek upon finding out about the woman’s death. The fact that Kalyani owns up her calamitous mistake harp upon the fact that it was probably a case of temporary insanity. But the damage is done, and Kalyani has to live with the most horrible kind of guilt all her life.

The end of Bandini has also been a subject for debate for many years. Her prison term is over, she is off to live a new life with the kind doctor until she reaches the station and finds a man in a sickly state, who happens to be Bikash. Kalyani has a chance to repent for her sins, and finally be with her lover, even though he has a deadly disease that will take him away in a few days. Her dilemma in that scene is evident as Roy divides them both in every frame and pits them on opposing sides. When she learns that Bikash was forced to marry to help with the freedom struggle, her heart skips a beat. He did not even cheat on her, yet she punished him for it. She breaks free and runs across towards the steamer that is carrying Bikash with lyrics in the background that say “Mere Saajan Hain Uss Paar” and carry on with “Main Bandini Piya Ki, Main Sangini Hun Sajan Ki.”

From excellent visuals that narrate the mental state of characters by cinematographer Kamal Bose, to lyrics by Shailendra and Gulzar, Bandini’s melancholic charm is in its details. The music by SD Burman, who encouraged Gulzar to write lyrics for the first time in this film, holds up independently as well but in the context of the film, every song adds to the storytelling. Bandini is referred to as Bimal Roy’s swan song as after hits like Madhumati, Parineeta and Devdas, this was the film that left cinephiles in awe, and continues to entice film lovers to this date. Tiny details like prison guards yelling ‘Sab theek hai’ (All is well) just after a freedom fighter’s hanging make you uneasy, just as the filmmaker intended.

Bandini is the heartbreaking saga of a woman who makes no excuses for her sins and will live her life in that guilt.

Bandini is available on ZEE5.