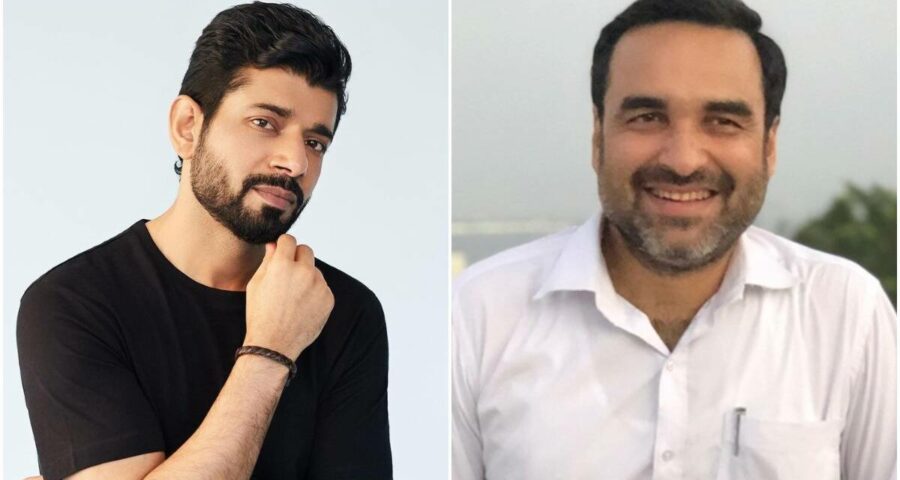 Vineet Kumar shared on Twitter that responding to his appeal for help, actor Pankaj Tripathi has sent him the medicines which were not available to him in Benaras. Actor Vineet Kumar Singh, who was last seen in Janhvi Kapoor’s Gunjan Saxena, took to Twitter on Friday to share that he, his family and friends are unwell with Covid-19 like symptoms, in Benaras, Uttar Pradesh. He also shared that he is struggling to find medication in the city and can’t get tested because the local labs are overwhelmed. Soon after his tweet, actor Pankaj Tripathi came to his rescue and arranged for the required medication.

Tweeting in Hindi, Vineet shared, “I’m in Benaras. The drug (FabiFlu) is not available in the market. Private labs have been unable to perform the Covid test for five days. What should I give to the sick? Videos of your promises or your huge crowd rally, which you guys are constantly posting? Damn. Selfless blinds you. Wake up, the common man is dying.”

Vineet and Pankaj were seen together in Anurag Kashyap’s Gangs of Wasseypur and at one point in the film, Pankaj’s character Sultan shoots at Vineet’s Danish. Remembering their characters’ equation from the film, Vineet shared, “Those who are in doubt, I want to tell them that my family members are sick, friends are sick and I am sick. Got the medicines. Thank you for your help Pankaj Tripathi. Your character killed mine in Gangs of Wasseypur but in real-life you have sent me a lifesaving medicine.”

Vineet Kumar, who made his feature film debut as a lead actor in Anurag Kashyap’s Mukkabaaz (2018) is awaiting the release of his upcoming film Aadhar.