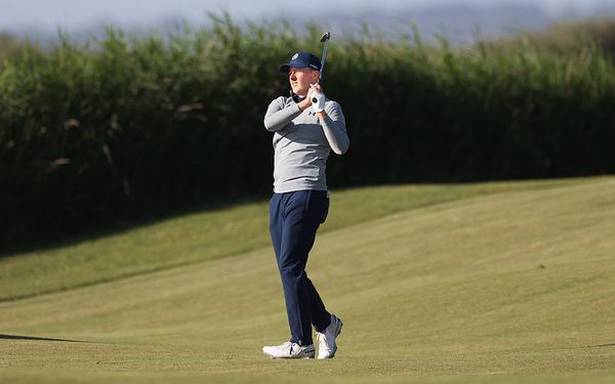 American climbs to the second spot

South African Louis Oosthuizen started his third round at the British Open in bright sunshine at Royal St. George’s on Saturday two shots clear at the top of the leaderboard.

Oosthuizen, the 2010 Open champion, and American Collin Morikawa found the thin rough lining the fairway with their tee shots as both eyed a second Major.

Jordan Spieth, three shots behind Oosthuizen overnight, parred the first hole along with South African Dylan Frittelli. The American, however, moved within one shot of the leader with four birdies through seven holes, the only blemish being a three-putt bogey from some 70 feet on the the par-5 fifth.

Oosthuizen, who had completed eight holes, was one-under for the day (12-under overall) while Spieth was three-under (11-under overall) after nine holes in the third round.

Morikawa had two bogeys, no birdies and his par-round saw him fall three shots behind. He had completed 10 holes.