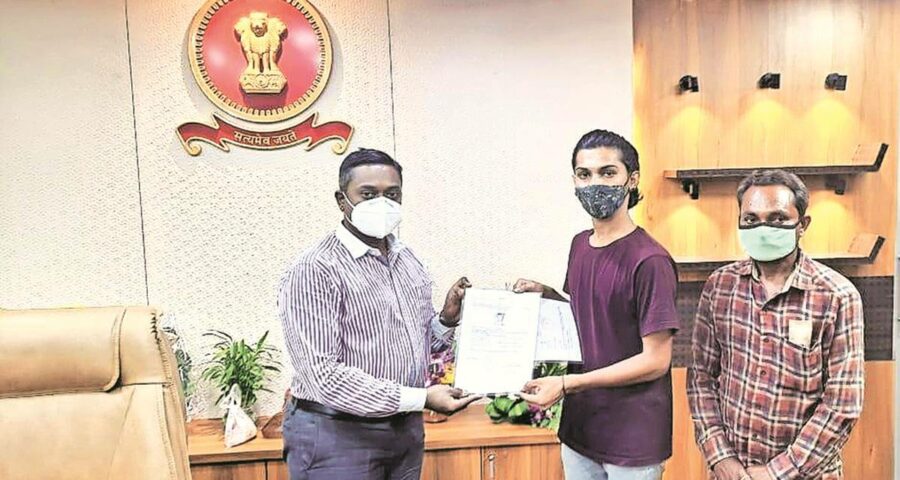 IN A FIRST, Rajkot District Collector Arun Mahesh Babu recently certified one Chirag Makwana alias Charmi as a transgender and handed her a certificate ON SATURDAY, entitling her to change her name and gender in all the official documents.

Babu handed over the certificate issued by him to 20-year-old Chirag alias Charmi at the former’s office IN THE PRESENCE OF THE LATTER’S FATHER, an official release from the government said.

“This episode is a unique example of the progressive ideology in the society. Collector Arun Mahesh Babu handed over transgender’s certificate to Chirag alias Charmi and extended her moral support. The collector told Chirag that transgenders have the right to live as other people of the society and assured her that he was ready to help her by extending benefit of relevant government schemes,” the release further stated.

The release added Chirag alias Charmi’s father Jayanti Makwana thanked the collector stating the officer had provided a big relief to her by issuing the transgender’s certificate.

Chirag alias Charmi was born as the younger son of Jayanti Makwana. According to the release, when he turned 12. Chirag’s family noted that his body had started undergoing changes normally associated with that of a girl’s body. His father arranged for medical treatment of his son for a year but abandoned after doctors told the father that Chirag was a transgender. “Parents readily accept a special child, don’t they? This is also a natural defect and we should accept it instead of treating it as a matter to look down upon,” the release quoted the father as saying.

Chirag has studied till Class XI and wants to study fashion designing and eventually become a fashion-designer.