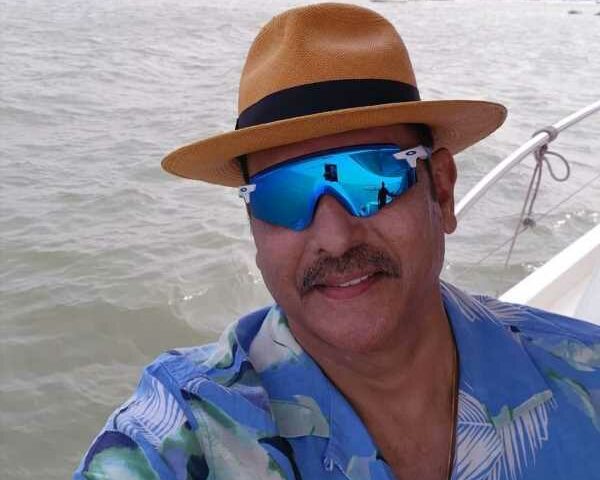 ‘Ravi was very streetsmart, cricketsmart, so that made him more adaptable whenever situations changed or conditions changed.’

Former Mumbai captain Shishir Hattangadi hails Ravi Shastri as a “streetsmart” cricketer, who had the ability to adapt quickly to changing situations or conditions in a match.

Hattangadi enjoys a long association with Shastri, having played with him from their junior cricket days, followed by rivalry in school cricket, before playing together again for their college team and Bombay University.

Hattangadi and Shastri both honed their skills under renowned Mumbai coach Vasant Amladi.

We started playing together quite early at Karnataka Sports in the B-Division, then there was Podar College, then Bombay University and so forth. We played against each other in the Giles Shield Final where St Mary’s played against Don Bosco, so there was this phase where we grew up together.

Ravi was a very consistent performer at all levels, right from school. His transition was very admirable. I have always had a strong admiration for his perception of the game, his reading of the game, his ability to be ahead of the game.

I remember when he came back from New Zealand, he was very sure that he could contribute with the bat as well in Test cricket (Shastri was picked initially as a left-arm spinner; he made the transition to all-rounder and stubborn batsman). It was quite clear that he had figured how to play in Test cricket.

I think he was already putting himself in the shoes of players that he thought could be more productive. So there was something special about his foresight in the game.

He was a very tight captain, he was a good reader of the game, he was very adaptable as a leader.

He had the ability to assess situations in a match very well. He was also very observant abut the opposition, which allowed him to take decisions like all captains do.

He used to keep an eye on the young players in the Mumbai team. Khadoos is a very misrepresented word (in Mumbai cricket). Ravi was a very streetsmart cricketer. Khadoos is obstinate in my world, streetsmart is adaptable.

Rather than khadoos, I would say Ravi was very streetsmart, cricketsmart, so that made him more adaptable whenever situations changed or conditions changed. Players who come up from the maidans (of Mumbai) tend to make most of the conditions and assess situations differently. He didn’t bother about anything else other than that if you turn up for the match you got to be fit.

He didn’t want to know anybody after 5.30 pm, what they did or where they went. I think it typifies the way he was. As long as you come to the ground fit to play, he couldn’t be bothered.

That is the flexibility he gave to his players even as India coach. Just turn up fit, that was his mantra.

He would speak constructively, selectively, but very clear on his domain, he didn’t cross borders.

I want to tell him to keep batting. Still 40 away from a hundred, Ravi, you need to bat well, and I am sure you will.