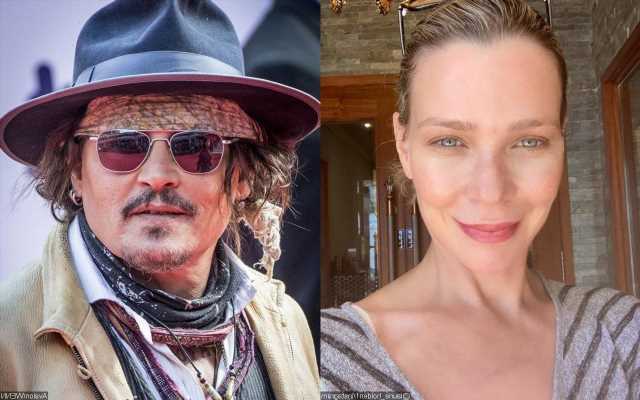 ‘The Walking Dead’ actress believes that ‘justice was served’ after the ‘Pirates of the Caribbean’ actor scores victory in the defamation case against his ex-wife.

AceShowbiz –Laurie Holden is among celebrities who positively reacted to Johnny Depp–Amber Heard trial verdict. Taking to social media, “The Walking Dead” actress says that she thinks “justice was served” after Johnny won the case.

The 52-year-old actress has taken to Twitter to voice her support for the Hollywood star after he won his court case in Fairfax, Virginia, on Wednesday, June 1. The actress, who previously starred in “The X-Files”, [u=https://twitter.com/Laurie_Holden/status/1532089699132592128wrote[u] on the micro-blogging platform, “Today justice was served. The verdict of the jury sent a message to the world that abuse has no gender and that facts actually do matter. #TruthWins.”

Ashley Benson has also taken to social media to show her support for the “Pirates of the Caribbean” star. The actress posted a photograph of him on Instagram and captioned the image, “Yesssss. [heart emojis] (sic).”

Depp, 58, released a statement shortly after the verdict was announced, admitting he was “humbled” by the court’s decision. The actor, who was married to Heard between 2015 and 2017, said, “Six years ago, my life, the life of my children, the lives of those closest to me, and also, the lives of the people who for many, many years have supported and believed in me were forever changed. All in the blink of an eye.”

Depp admitted that the allegations and speculation had a “seismic impact on [his] life and [his] career.” He added, “And six years later, the jury gave me my life back. I am truly humbled.”