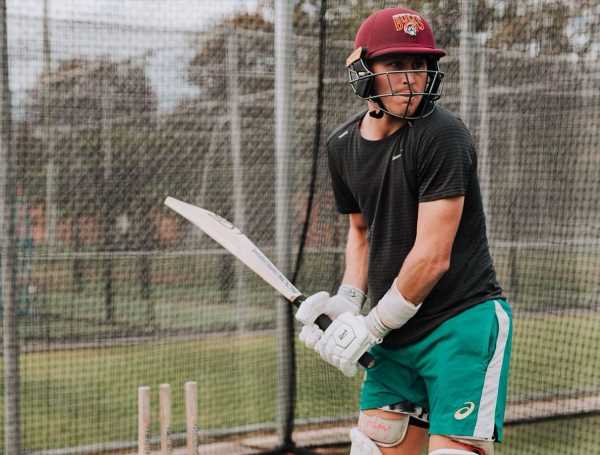 The world’s top-ranked Test batter Marnus Labuschagne is hoping to take his dominant form on Australian pitches to Pakistan and is leaving no stone unturned as he prepares for the three-Test tour.

Labuschagne has been practising batting on his home balcony on a rubber mat laden with pieces of taped aluminium sheeting to try to emulate the variable bounce and turn of Pakistan wickets as Australia readies for its first tour there since 1998.

The Australian number three said he had tried something similar before heading to England for a county season in 2019 which culminated in a strong Ashes series later that year.

“I tried to create a wicket and a ball that nipped around a lot but didn’t bounce, because one of the big factors when you go to England is it nips and swings and it seams but the ball sort of hits the stumps from a shorter length,” he told reporters on Monday.

“So (it’s) a little bit of a similar thing going to Pakistan.

“I thought, ‘Well, what’s the best way I can recreate spin … so (that) some spin, some slide and you can’t really predict what it’s doing, so you have to come up with a plan and a method.

“That was the thought behind it.”

Pakistan will be Australia’s first Test tour since the 2019 Ashes, where Labuschagne enjoyed a break-out series with the bat.

Two-and-a-half years on, he topped the ICC test batting rankings last month, after averaging 41.87 in Australia’s 4-0 defeat of England in the 2021/22 Ashes.

“I feel very privileged to be currently the number one but I also feel the challenge,” he said.

“You know I haven’t played much away from home.

“So I’m really looking forward to the challenge and hopefully to stand up in the different conditions.”