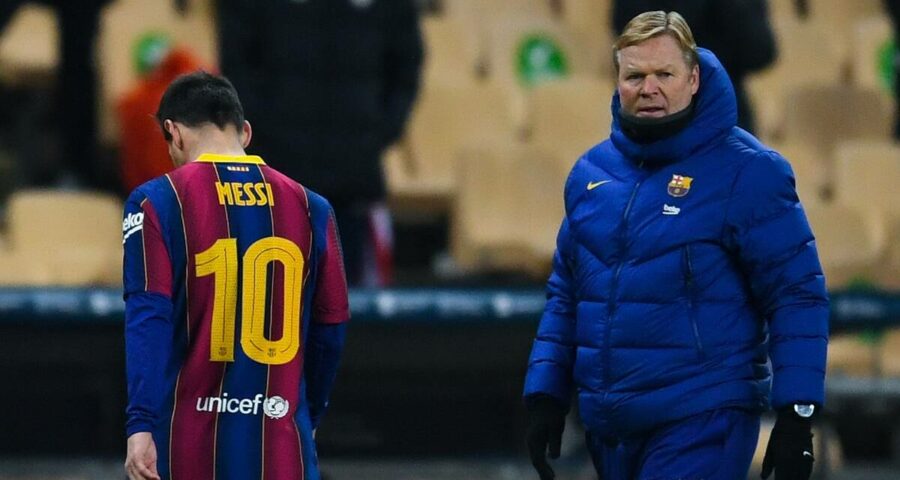 For Lionel Messi, the UEFA Champions League last-16 elimination at the hands of PSG will go down as yet another painful exit from the tournament that he last won, for a fourth time, in 2015. 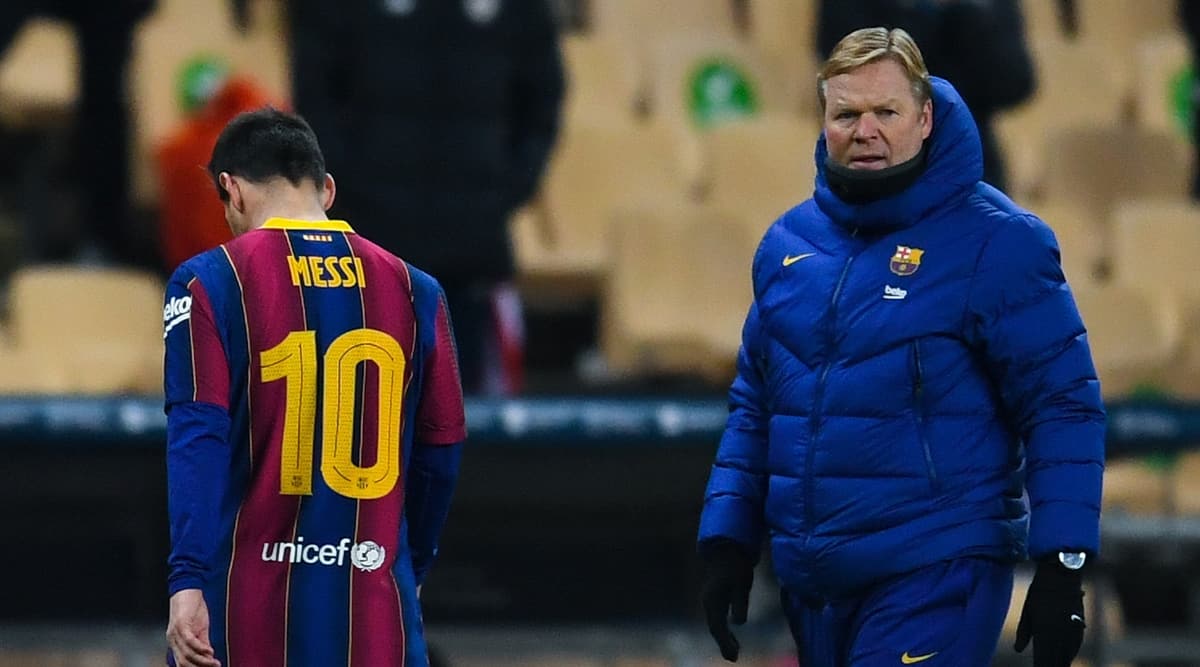 A friendly chat with Kylian Mbappe. A quick hug with Mauricio Pochettino. A kiss on the forehead from Ángel Di María.

The signs were all there at Parc des Princes for paranoid Barcelona fans who fear Lionel Messi will follow the path of Neymar and bolt for Paris Saint-Germain once the season ends.

Barcelona coach Ronald Koeman, however, is confident that he has done all he can to convince Messi to continue his career with the Spanish club, despite another disappointing Champions League campaign.

“Leo has to decide his future, nobody can help him do that, (but) I think that he has seen for some time now that this team is on the right track and has a future. I don’t think that he can use that as a reason not to stay,” Koeman said after Wednesday’s 1-1 draw at PSG eliminated Barcelona from the competition.

Koeman, who instead of titles promised a rejuvenation of the team when he took over last year, has Barcelona playing well again. The team fought back to beat Sevilla in the Copa del Rey semifinals last week and has closed the gap on Spanish league leader Atlético Madrid to six points.

Barcelona is unbeaten in 16 league games — with 13 wins and three draws — before it hosts last-place Huesca on Monday. Atlético visits Getafe on Saturday.

For Messi, who scored a fantastic goal in Paris and had a penalty saved by Keylor Navas, the elimination will go down as yet another painful exit from the tournament that he last won, for a fourth time, in 2015.

Since then, Barcelona has faced several lopsided losses in the knockout rounds. The humiliating 8-2 debacle against Bayern Munich last season prompted Messi to say he wanted to leave the club he has been a part of for two decades. Since then, he has kept quiet about his plans, except to say that he will decide when his contract expires at the end of the season.

Swayed by his past relationship with Messi, Joan Laporta was elected as president again last weekend by club members. Laporta claimed he was the best man to talk Messi into remaining at the Camp Nou.

But until Messi actually signs a new deal, all eyes will be on possible suitors. And PSG is a leading candidate since it is one of a handful of clubs that could possibly afford a player who currently makes 138 million euros ($167 million) per season.

Pochettino, the PSG coach, said his hug with Messi after Wednesday’s match was “just to say hello” to a player who he coached against when he was at Espanyol. Di María, who pecked Messi on the head after the final whistle, is a teammate on Argentina’s national team.

While Mbappe’s future is also in doubt with his contract set to expire, Neymar could be a lure for Messi. Neymar, whose contract is also up after the season, has repeatedly said he would love to remake the partnership he shared with Messi at Barcelona.

But Koeman hopes he can offer Messi a team on the up thanks to his bold moves to remake a squad that had once won it all, only to slowly lose its competitiveness in Europe. Out went Luis Suárez, Arturo Vidal and Ivan Rakitic last offseason, and in came 18-year-olds Pedri González, Ansu Fati and Ilaix Moriba, among other promising talents.

For Koeman, the main thing that Barcelona lacked against PSG was the finishing touch provided by Mbappe, who scored four goals in the aggregate 5-2 victory.

“I think everyone can be proud of the image we have shown,” Koeman said. “Once again this team showed that it has a great future.”

Now the question is whether pride and promise are enough for Messi, now 33, to stay put.