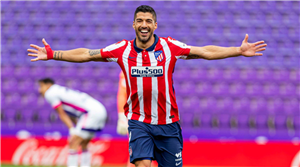 In taking Atletico Madrid to the La Liga title, Luis Suarez found redemption & identity for a career that has few shades of grey. The soul of Luis Suarez’s storied career, and life, could be distilled into the last two goals he scored for Atletico Madrid. When darkness crept in, when panic sunk in, when the title slithered down their palms, Suarez pounced from nothingness and pinched the goals that rewrote the script. Those were so Suarez, a redeemer-of-lost-cause moments.

Redeemer of lost causes — it’s a line that defines his life and career. There could be grander, classier and better footballers in his milieu, peers with silkier skills and flawless natures, but few in his era chase lost causes and turn them over with the inexhaustible gusto of Suarez. As if his life hinges on overturning every lost cause.

He was 15 and lost, when he thought his love would go unfulfilled after his girlfriend shifted to Barcelona. But the shattered boy from a disreputable suburb of Montevideo in Uruguay resolved to kick his lazy lifestyle and harnessed his footballing skills to land in Europe and get reunited with his girlfriend, now his wife and mother of two. He seemed lost again in his early Liverpool days, before he willed himself to recalibrate his game. He was deemed an antithesis to what Barcelona stood for, both in ethics and tactics, the transfer taking place soon after the biting incident involving Giorgio Chiellini in the 2014 World Cup. Yet, he not only prospered but also fostered an unshakeable bond with Lionel Messi, considered the diametric opposite of Suarez in traits. Once allies, now neighbours and best friends.

There are other character-defining moments too — even in Barcelona’s worst hour of the century, when Bayern Munich shelled them 2-8 in the quarterfinals of the 2019-20 Champions League, Suarez was still sprinting up and down the pitch, still pushing his teammates, still probing spaces and still dreaming a comeback. Even in his moments of acrimony, like the handball against Ghana in the 2010 World Cup quarterfinal, it’s his unwavering espousal of a lost cause that screamed out more than the lines of sportsmanship he blatantly crossed.

He seemed lost again, when Barcelona unapologetically, sold him to rivals Atletico Madrid, unheeding to the request of their greatest living icon, Messi. “Madness,” he fumed. Suarez left Barcelona in tears, unwanted, and unloved, as a bane and burden, an emblem of the club’s distress.

The Uruguayan repeatedly used the word desprecio to describe the treatment meted out to him. It means contempt in Spanish. But the script was unfolding perfectly for him. From the snub, he channelled energy and motivation. It was only inevitable, not poetic justice, that Suarez fired up Atletico Madrid to the title.

Man for the big moments

A title, in resonance with the club’s and Suarez’s history, was nearly a lost one. Just two minutes remained when Suarez scored Atletico’s winner against Osasuna in the penultimate game of the season. Just 33 minutes were left on the clock when he twisted the dagger on Valladolid in the final game. Had they lost even one of those moments, cross-town rivals Real Madrid would have been crowned champions.

Atletico manager Diego Simeone knew it all beforehand. “We’re entering the Suárez Zone. This is the time for a footballer like him to be decisive, the moments the team needs him. He has the leadership and status to do that and he’s used to games like this,” he had said before the penultimate game.

Thus, in Suarez, Atletico met redemption. In Atletico, Suarez met redemption too. It’s ironic that Suarez would be most remembered for this season, for the autumnal bloom more than the sprightly spring. The tour de force of his career, after 16 seasons in Europe, after 424 goals in top-flight football, it was the season he was his team’s totem and identity, a singular driving force in the quest of the unachievable. He was no longer the man under the shadow of a giant tree, but a giant tree itself. 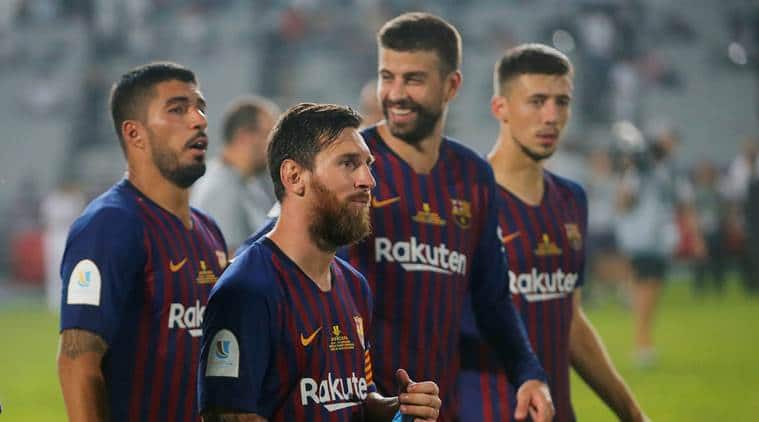 In Liverpool, he had to find his own space, which is not his instinct. In Barcelona, he had to don multiple roles, swap positions and resign to the supporting role status. Not that he was ever bothered about sharing plaudits, least of all with Messi, or cribbed or carped. But somehow, he was eternally understated. At Atletico, he had a team built around him, rather than him unbuilding and rebuilding his game around a team.

He was at the heart of everything, from Atletico’s title charge to a radical subversion in Simeone’s tactics. Suarez unchained them from the clutches of conservatism and liberated them into the pastures of freedom and enterprise. Since Simeone had taken over, Atletico had never spent so much time higher up the pitch than this season. “All generated by Suárez’s presence. We’ve changed radically and he fits us like a glove,” reflected captain Koke.

Heart of a champion

At 34 and with a wonky knee, Suarez has lost some of his explosiveness, some of his robust power, but not the desire, technique, directness of his game or the venom on his shots. He still shoots like a nuclear-guided missile, precise and definitive. He is so sure of his destination that he wheels away into celebrations even before watching the ball ruffling the net. The cleverness, awareness and subtlety still dwell on him. He still has something of a streetcar picking the easiest and smartest route to the destination, like former Uruguay boss Oscar Tabarez likened him to. He scores not just goals, but invaluable ones. Of the 21 he belted in the victorious campaign, 10 proved to be match-winners, the most winners anyone has scored in Europe’s top five leagues this season.

This season, he made an irresistible case to be counted among the finest of his generation, to be watched and admired in isolation, not as the executioner of Steven Gerrard’s imagination or Messi’s whims, but an exemplary footballer on his own. His log-sheet of 424 goals in 654 games, a goal every one-and-a-half games, speaks of an impeccable scoring rate. It’s much better than Sergio Aguero (378 goals and 119 assists in 657 games), Karim Benzema (345 and 170 in 704) and Edinson Cavani (357 and 71 in 594). Only Robert Lewandowski (459) and Zlatan Ibrahimovic (484), among centre-forwards, have scored more goals than him. Suarez, though, has provided 238 assists, 110 more than the Pole, and 41 more than the Swede.

Thus, it’s fair to say that just Messi and Ronaldo tower over him. Like the inviolable legends of his time, Suarez brought more than just goals and assists to the field. If Messi charmed with charisma, Ronaldo with his ruthlessness, Suarez brought a streak of indefatigability. “The warrior spirit,” Simone once described. The excess of it has landed him in trouble in the past — the biting trilogy, the second Hand of God in the World Cup, head-butting referees in the Uruguayan league —but the excesses add only layers to the character of one of the most fascinating footballers of our time.

There is no intrigue about him. Suarez is what he is. He is not what he is not. He is so real, without pretence or masks. And it’s difficult, in this day and age, to stumble upon a celebrity athlete who is so real and genuine, even if, on the pitch, he does not always conform to professional etiquette or sportsmanship. He would continue to polarise opinions, will always be either a hero or a villain, but never stained with a smudge of grey. And beyond it, an obsessive redeemer of lost causes like few others of his time. His real legacy.