Opposition leaders have denounced the incident as an act of terrorism by the Lukashenko regime, and infuriated Western leaders are discussing possible consequences for Belarus. 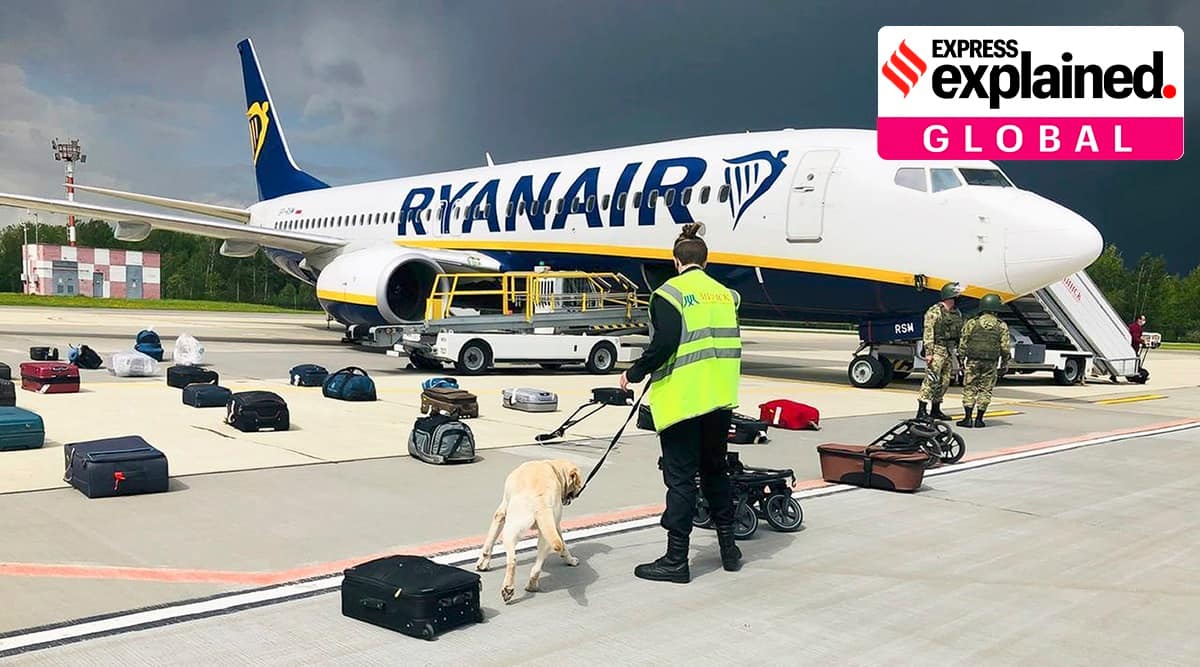 The authoritarian President Alexander Lukashenko of Belarus sparked international outrage on Sunday after his regime forced a commercial airline flying from Greece to Lithuania to land in its territory allegedly on the pretext of a bomb scare, so it could arrest a dissident journalist on board.

Opposition leaders have denounced the incident as an act of terrorism by the state, and infuriated Western leaders are discussing possible consequences for Belarus.

The journalist, Roman Protasevich, is a prominent opponent of Lukashenko, and had been living in exile in neighbouring Lithuania since fleeing his home country in 2019. In November, he was charged in Belarus with inciting public disorder and social hatred. The regime has also put his name on a list of terrorists, and if convicted, he could face the death penalty.

Belarus has been on edge since August last year, when a controversial presidential vote showed Lukashenko, its ruler of more than a quarter century and ally of Russian President Vladimir Putin, claiming his sixth straight election victory. The east European country was subsequently rocked by protests for months, and the state has since been accused of ruthlessly suppressing dissent.

Who is Roman Protasevich?

Protasevich, 26, is the co-founder of the NEXTA media outlet on social media platform Telegram. The channel serves as a rare source of independent news in Belarus, where media freedoms have been scarce during Lukashenko’s long rule, especially after the 2020 election, when most outlets were banned. NEXTA, thus, has emerged as an important platform for opposition forces to share information and organise against Lukashenko.

According to The New York Times, Protasevich has been a dissident since his teenage years, and was expelled from a prestigious school in 2011 and later from the journalism program at the Minsk State University for taking part in protest rallies.

In 2019, Protasevich fled Belarus fearing arrest, and took refuge in neighbouring Lithuania, an EU member state. Despite being in exile, he continued his journalism work so disliked by the Lukashenko regime.
How did Belarus ‘hijack’ Protasevich’s flight?

On Sunday, Protasevich was returning to Vilnius in Lithuania from the Greek capital of Athens, where he had been attending an economic conference with Svetlana Tikhanovskaya, a Belarusian opposition politician who claims to be the victor of the 2020 election.

Protasevich had taken a Ryanair flight from Athens to Vilnius, a journey that generally takes three hours. However, when the plane approached the border between Lithuania and Belarus, a MiG-29 fighter plane intercepted it, and made it land in Minsk, the capital of Belarus.

The Irish company Ryanair said in a statement that its crew was “notified by Belarus (Air Traffic Control) of a potential security threat on board and were instructed to divert to the nearest airport, Minsk”, the BBC reported.

According to a press release by Lukashenko’s office, the President himself gave an “unequivocal order” to “make the plane do a U-turn and land”, and approved dispatching the fighter plane.

An Associated Press report quoted a passenger aboard the aircraft saying that after it landed in Minsk, “I saw this Belarusian guy with girlfriend sitting right behind us. He freaked out when the pilot said the plane is diverted to Minsk. He said there’s death penalty awaiting him there”.

“We sat for an hour after the landing. Then they started releasing passengers and took those two. We did not see them again,” the passenger said. Law enforcement agencies later said no bomb was found onboard.

It was Protasevich’s own NEXTA that broke the news of his arrest, saying that the journalist was taken after the plane and its passengers were searched. After the plane was finally let go and landed in Vilnius, Lithuania’s defence minister Arvydas Anusauskas said Protasevich’s girlfriend and four other people had not been allowed to reboard.

How has the world reacted?

Lithuania’s President Gitanas Nauseda has slammed what he has called a “state-sponsored terror act”, and said he would be proposing before the European Council banning Belarusian planes from European Union airports, as well as “serious sanctions” against the Lukashenko regime.

The country’s foreign minister Gabrielius Landsbergis said, “Belarusian airspace is completely unsafe for any commercial flight, and it should be deemed this not only by the EU but by the international community. Because now, this instrument could be used for any plane crossing Belarusian airspace”.

Dissident leader Tikhanovskaya has asked the International Civil Aviation Organization (ICAO) to investigate the incident. She said in a statement, “It is absolutely obvious that this is an operation by the special services to hijack an aircraft in order to detain activist and blogger Raman Pratasevich”. “Not a single person who flies over Belarus can be sure of his safety.”

The ICAO, which is the UN’s civil aviation agency, also said that it “is strongly concerned by the apparent forced landing.”

US Secretary of State Anthony Blinken called the incident “brazen and shocking”. European Commission President Ursula von der Leyen said in a tweet: “It is utterly unacceptable to force @Ryanair flight from Athens to Vilnius to land in Minsk.”