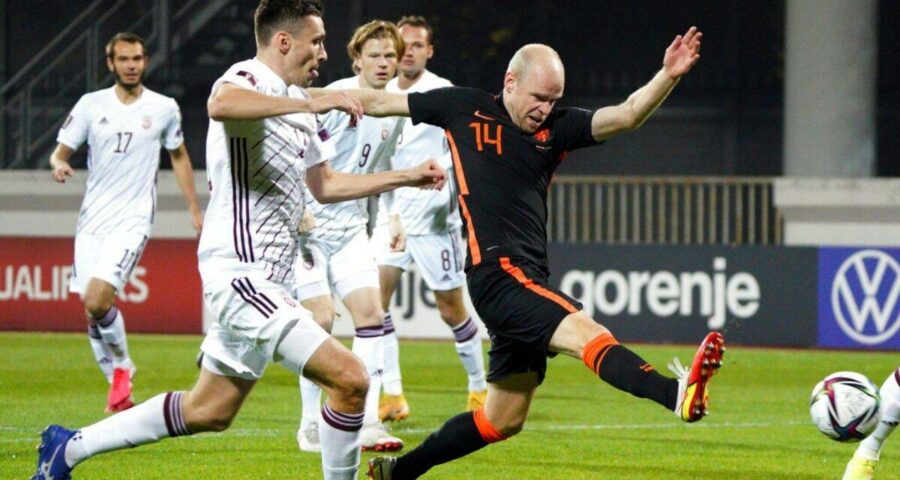 Still, it was enough to build a two-point lead at the top of Europe Group G as second-placed Norway, missing injured striker Erling Haaland, drew with Turkey 1-1. 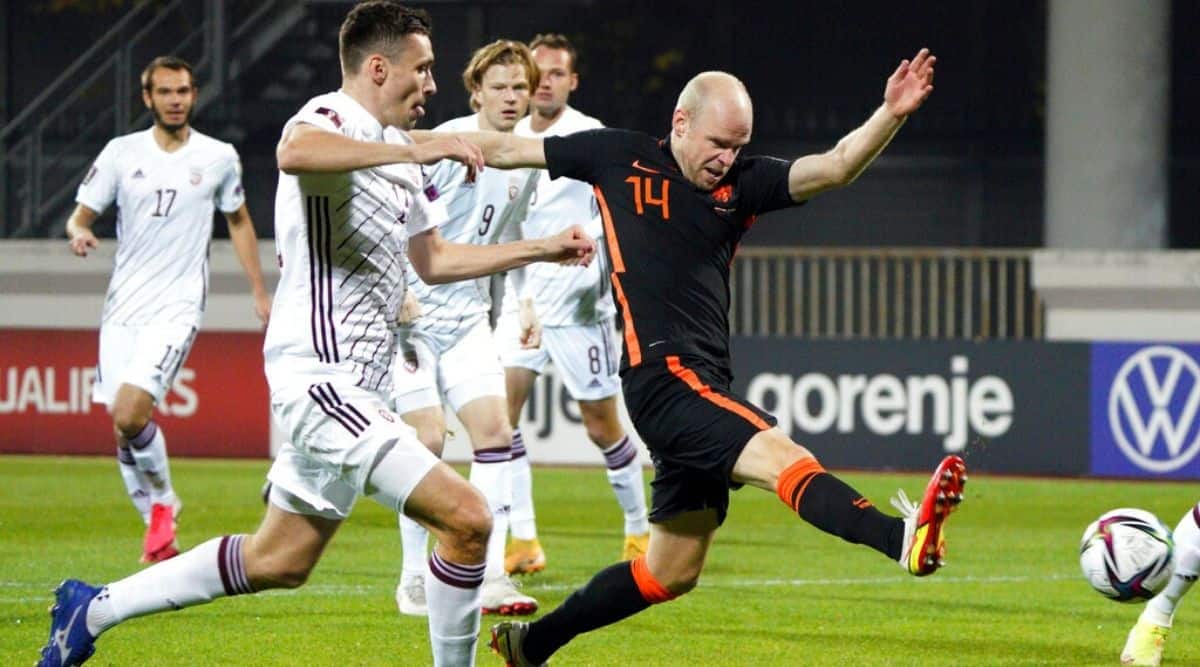 The Netherlands is back in control of its World Cup qualifying group but hardly in convincing style.

A 1-0 win over Latvia with a volley from Davy Klaassen lacked the swagger from last month’s 6-1 dismantling of Turkey.

Still, it was enough to build a two-point lead at the top of Europe Group G as second-placed Norway, missing injured striker Erling Haaland, drew with Turkey 1-1.

Other big teams had to work for their wins, too. Germany was a goal down before recovering to beat Romania 2-1.

The 2018 World Cup runner-up, Croatia, had only a one-goal lead over Cyprus with 11 minutes to go before pulling away to win 3-0.

Only the group winners directly qualify for the World Cup. Second-placed finishers face a playoff.

Belgium is busy with the Nations League final four this week, so the focus was on the Czech Republic and Wales fighting for second place.

The Czechs and the Welsh stay level on eight points apiece, half the Belgians’ total, after a tense 2-2 draw on Friday. Aaron Ramsey gave Wales the lead in the 36th minute but Jakub Pesek responded almost immediately by leveling for the Czechs.

The hosts took the lead when Wales goalkeeper Danny Ward failed to control the ball and scored an own goal, but Daniel James hit back to level the score for Wales. Estonia beat Belarus 2-0.

The Netherlands’ win over Latvia, sealed by midfielder Klassen’s eighth international goal, stretched the Dutch lead at the top of the group to close in on a return to the World Cup after failing to qualify in 2018.

Kerem Akturkoglu gave Turkey the lead in the sixth minute in the first game for new coach Stefan Kuntz since he was recruited from the Germany Under-21 team. Kristian Thorstvedt leveled for Norway just before halftime.

The Netherlands moved two points clear of Norway, with Turkey two points further back. Turkey has won just one of its last seven competitive games, and that was against tiny Gibraltar. Montenegro won at Gibraltar 3-0.

Croatia and Russia stayed neck and neck at the top of the group in one of the closest battles in the competition.

Croatia had to wait until first-half stoppage time to take the lead through Ivan Perisic’s goal, even if the final score of 3-0 suggested a more comfortable result against last-placed Cyprus.

Russia’s new coach, Valery Karpin, made it four games unbeaten with a 1-0 win over Slovakia but needed an own goal in Kazan from Slovakian defender Milan Skriniar.

Russia has yet to concede a goal since Karpin took charge after the European Championship, but that’s only because Slovakia missed a string of good chances to score. Slovenia beat Malta 4-0 to move up to third in the group.

GROUP J
Germany made it four wins from four games under new coach Hansi Flick with a 2-1 win over Romania, but didn’t have it all its own way.

Ianis Hagi, son of Romania great Gheorghe Hagi, gave Romania the lead early on before Germany missed a string of chances to equalize. 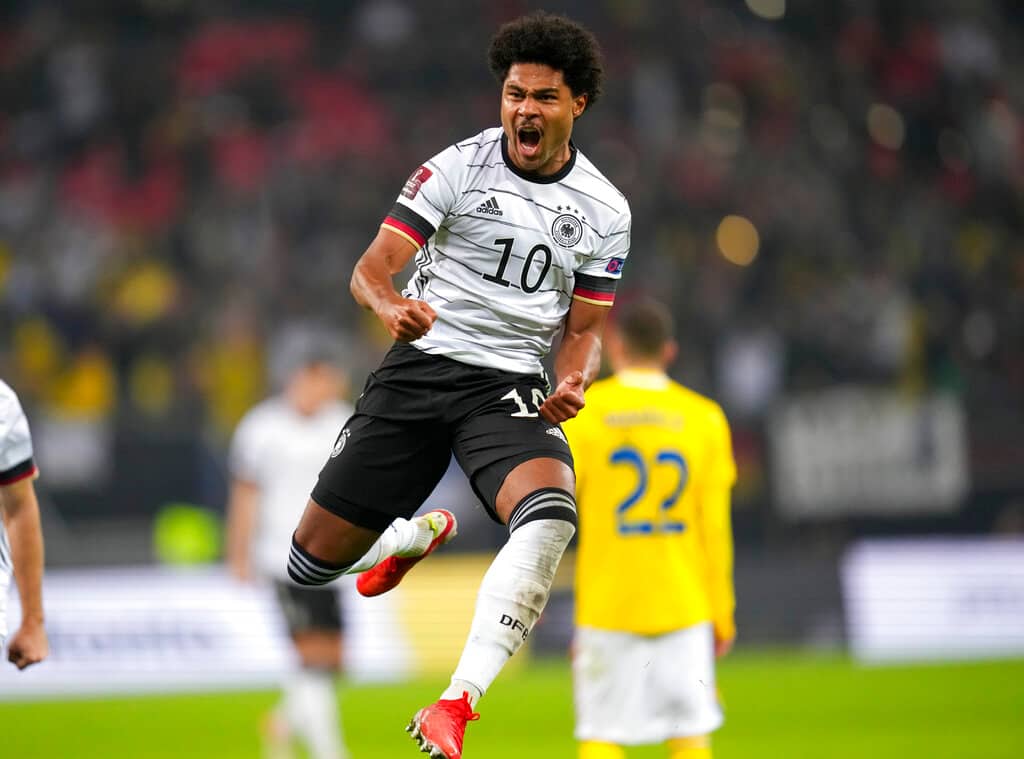 Serge Gnabry finally got the Germans level with a powerful shot early in the second half, his fifth goal in seven games in the qualifying group and Thomas Muller scored a second at a corner in the 81st for his 40th international goal.

Flick’s arrival has reunited the large Bayern Munich contingent in the German team with the coach who led them to winning the Champions League in 2020. Both goals on Friday and seven of 14 so far under Flick have been scored by players he coached at Bayern.

North Macedonia moved up from fourth place to second with a 4-0 win over Liechtenstein, and Armenia drew with Iceland 1-1.