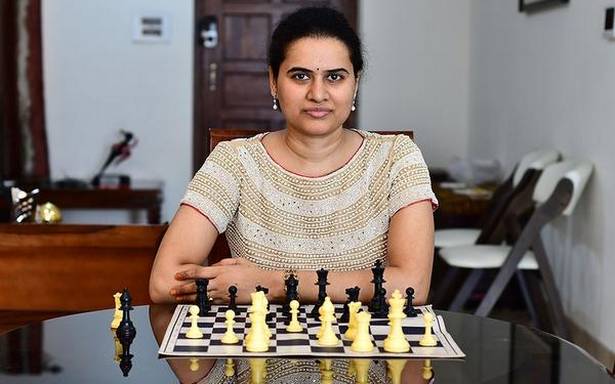 Conquering that format has always been her dream

World rapid chess champion Koneru Humpy feels the best way to beat the pandemic, which has thrown the competitive circuit out of gear, is to work on her opening repertoire in pursuit of another dream of hers — winning the classical format World championship.

“I need to have a wider opening repertoire and am really working hard on that. I have been preparing on my own with my father-cum-coach (Koneru Ashok) being more of a mentor, giving invaluable inputs,” the 34-year-old Humpy told The Hindu.

The champion from Vijayawada, who was recently adjudged Sportstar Aces Sportswoman-of-the-Decade (individual non-Olympic sports), said: “The pandemic was so unexpected, and it changed the whole world scenario. It is certainly disappointing not to be engaged in on-board chess battles.

“I definitely would have loved to compete in more tournaments after winning the 2019 World rapid championship. I was in the kind of form that would have fetched a few more titles. If you remember, I won the Cairns Cup in the US after that World title,” she said.

And, Humpy said, being joint-winners with Russia in the online Olympiad team gold in 2020 was one of the most memorable moments in her career.

How do you look at your career now?

“Basically I am not thinking about winning a tournament. I just want to enjoy the game. For many years, there were expectations that I would win the World championship.

The biggest challenge now was remembering all the novelties she prepares before a major event, she said. “It is really demanding, which also means that I need to spend more time on preparations.”

She insisted that keeping pace with technological advances alone would not take a player far, natural skills had to be honed and improved.

“There is a great future for Indian chess. But, we miss not having a chance to play in Super GM tournaments at home. The AICF’s plans of starting a League should do a world of good,” she said.