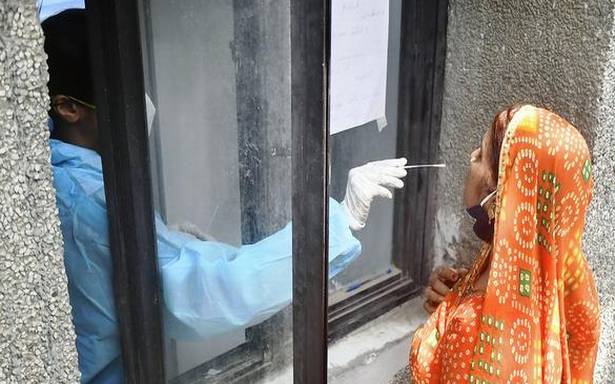 Maharashtra leads with 63,729 infections, followed by U.P. and Delhi

The figures do not include cases and deaths from Chhattisgarh, Haryana, Jharkhand, Assam, Arunachal Pradesh, Sikkim and Ladakh. The data are sourced from covid19india.org, an independent aggregator of daily figures.

As many as 14,73,210 samples were tested on Thursday (results of which were made available on Friday), the second-highest number of tests conducted in a single day. Over 14.9 lakh tests were conducted on September 24, 2020. A total of 26.34 crore samples have been tested in the country since the beginning of the pandemic.