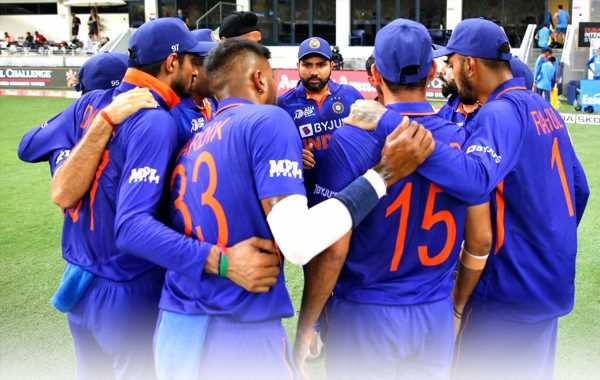 Mohammed Rizwan’s gritty 71 and Mohammad Nawaz’s brilliant cameo powered Pakistan to a five wicket win in a last-ball thriller Super Four clash against India in the Asia Cup 2022 on Sunday.

India and Pakistan can still feature in the September 11 final in Dubai.

It will be the teams’s third meeting as the two had also squared off against each other last Sunday (August 28), where India defeated Pakistan by five wickets.

Clubbed alongside Afghanistan and Sri Lanka in the round-robin format of the Super Four, India and Pakistan are fancied to finish in the top two to set up yet another Sunday showdown.

Among the two Super Four matches played so far, Sri Lanka and Pakistan have won one game each, which means India have to win the games against Sri Lanka (September 6) and Afghanistan (September 8).

India winning their next two games will eliminate Afghanistan from contention.

If India win the two games and Pakistan beat Sri Lanka, the island nation will be knocked out of the competition.

However, as seen before in the tournament, both Afghanistan and Sri Lanka are capable of beating any opposition on their day.

If Sri Lanka win their next two games, the Net Run Rate (NRR) comes into the picture.

India have to win next two matches with big margins to qualify for the final. India currently have an NRR of -0.126, with Sri Lanka (+0.589) and Pakistan (+0.126) ahead in the points table with two points each.