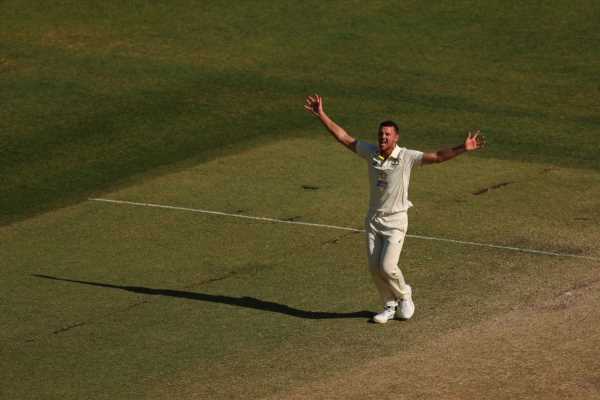 Australia’s selectors may be faced with a tough call between retaining Scott Boland or replacing him with regular paceman Josh Hazlewood as the hosts look to seal a series win over South Africa at the ‘Boxing Day’ test in Melbourne.

Boland slotted in for the injured Hazlewood in the second and final test against West Indies as well as the Proteas series-opener in Brisbane, which Australia won by six wickets on Sunday.

The late-bloomer grabbed four wickets at the Gabba and is a specialist at his home Melbourne Cricket Ground where he celebrated a seven-wicket debut in the Ashes last year.

Selectors chairman George Bailey said Hazlewood was fast coming back into the frame, though, as he recovered from a side strain, giving the panel a nice headache.

“(Boland) was on the radar for the MCG last year because of exactly what we’ve seen him do,” Bailey said on Monday.

“He bashes a length, and his ability to take multiple wickets in the same over speaks to how consistent he is and the questions he asks of the batter right from ball one.”

“He had another really good hit-out (on Sunday) and is close to 90% I reckon.”

“He’ll keep building and clearly we’ve got a decision to make, but it’s a good problem to have.”

Australia completed victory at the Gabba in two days, batting marginally better than the Proteas on a perilous, grassy pitch that South Africa captain Dean Elgar complained was unfair to the batters.

Thirty-four wickets fell, including the four that Australia lost chasing 34 runs for victory.

South Africa’s batsmen had the worst of the conditions as the pitch quickened on day two, making the relative form of the teams difficult to assess.

Bailey said he had no concerns about David Warner’s lean run after the opener managed only three runs at the Gabba.

“No doubt David would be the first to say he’d like a few more runs and to be contributing a bit more,” he said.

“But (we have) full confidence that will come.”