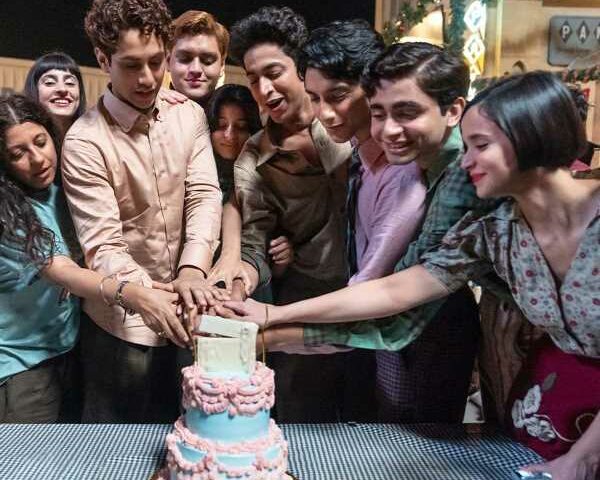 And it’s a wrap for The Archies!

The young team of Agastya Nanda, Suhana Khan, Khushi Kapoor, Dot, Yuvraj Menda and Vedang Raina have completed shooting for their debut film, The Archies, which will stream on Netflix next year.

Director Zoya Akhtar has co-written the film with Reema Kagti and Ayesha DeVitre. Christmas has come early for this young team. So just who is who?

Agastya (second row, extreme right) is the grandson of Amitabh and Jaya Bachchan and the great-grandson of Raj Kapoor.

He has already signed his next film, Ikkis, with Sriram Raghavan and Dharmendra.

Suhana (in the blue tee, sitting next to Agastya) is Shah Rukh and Gauri Khan’s daughter.

Khushi (sitting on the lower step, next to Suhana) is the late Sridevi and Boney Kapoor’s daughter and Janhvi Kapoor’s younger sister. Mihir gets emotional as the film wraps up.

The actor has earlier worked in films like Super 30, Dhaakad and Dolly Kitty Aur Woh Chamakte Sitare as well as Web series like Bard Of Blood, State Of Siege: Temple Attack and Feels Like Ishq. 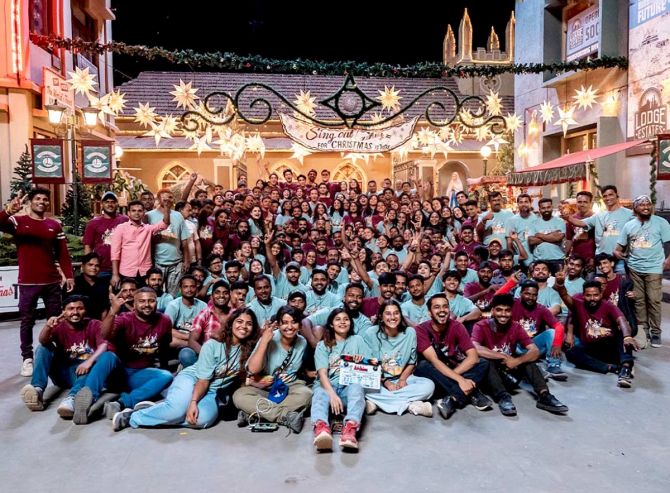 The Archies is a musical set in the 1960s. The music has been provided by Ankur Tiwari and the Islanders.

The film finds its backdrop in India’s Anglo-Indian community. 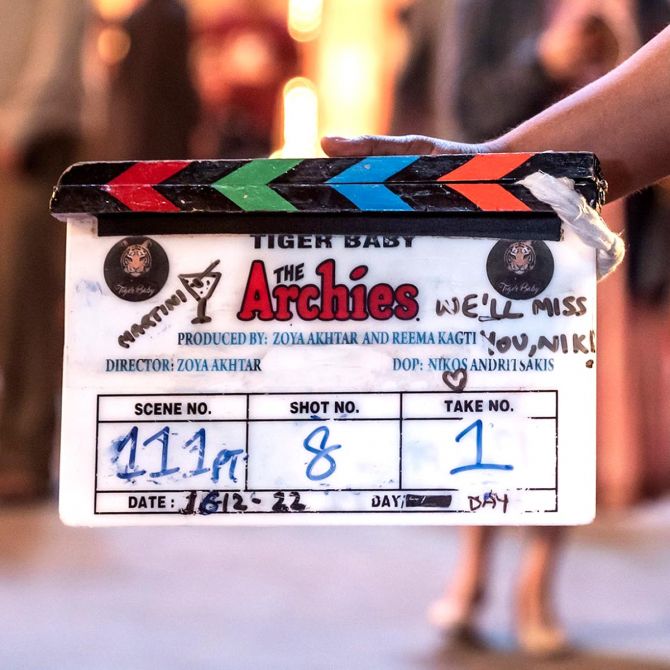 Are you looking forward to The Archies? We sure are!