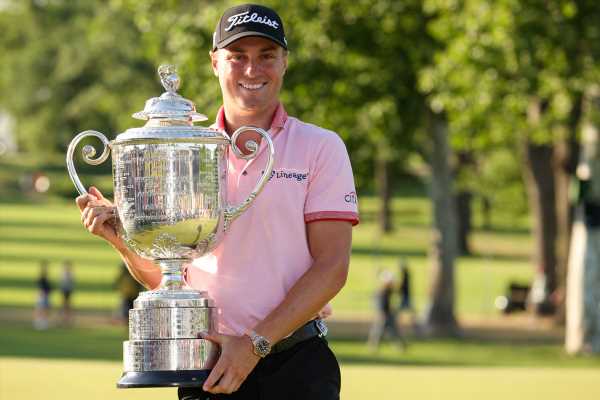 Justin Thomas capped a breathtaking comeback by beating Will Zalatoris in a three-hole playoff to win the PGA Championship on Sunday after Chile’s Mito Pereira blew a one-shot lead on the final hole.

The playoff ended a day of pulsating drama at Southern Hills Country Club in Tulsa, Oklahoma that saw Thomas stage one of the greatest fightbacks in majors history and Pereira suffer one of the most calamitous collapses.

Seven back at the start of the final round, Thomas seized his chance in the playoff to clinch the Wanamaker trophy with a tap-in par on the 18th to beat Zalatoris by one.

It was a second major victory for Thomas, who also won the PGA Championship in 2017.

“I had a good feeling,” said Thomas. “Although I was so far back there wasn’t that many guys ahead of me, and it’s a very tough golf course and anything could happen.” 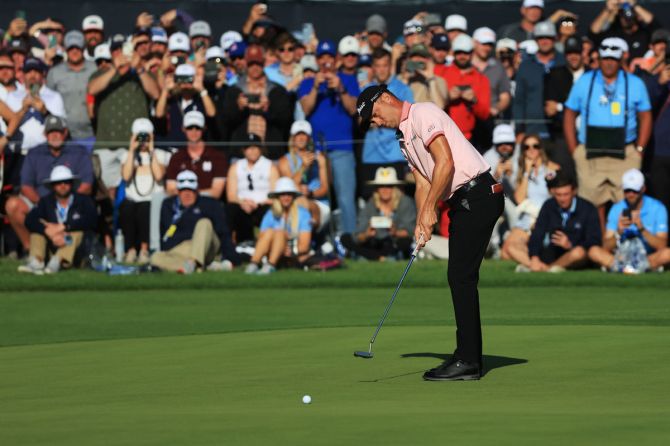 Thomas’s rally from seven shots back was the largest final round comeback at the PGA Championship and it certainly impressed his good friend Tiger Woods, who also knows something about comebacks.

The 15-time major winner, who withdrew from the tournament on Saturday after carding a nine-over 79 , offered “Big congrats” to Thomas on social media.

“He kept himself in this championship until the very end and once he got his shot he didn’t look back,” said Woods, who was playing his second event after a car crash 15 months ago nearly cost him his right leg.

Thomas, seemingly out of contention at the start of the final round, fell further behind with a bogey at the third to sit eight behind the leader.

But the world number nine would drop only one shot the rest of the way while ringing up five birdies for a three under-67.

Zalatoris, with a birdie at 18, joined Thomas at five-under 275 and with their work done retreated to watch Pereira, the leader by one, play the final hole. 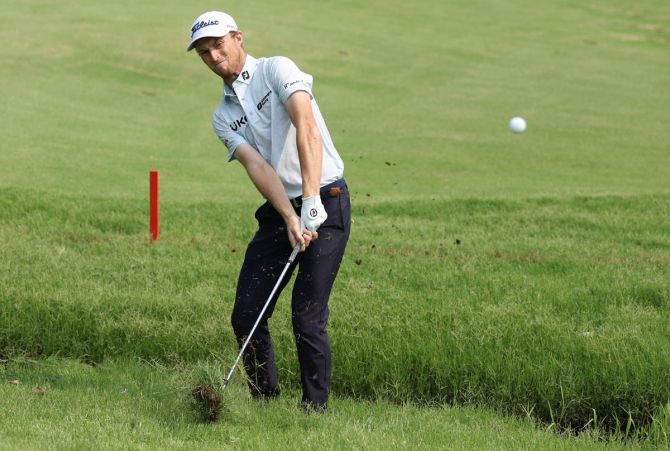 Pereira had withstood brutal heat, punishing winds, rain and cold but on Sunday the pressure of a major was his undoing.

Playing in just his second major the 27-year-old Chilean, who had displayed nerves of steel the entire week, finally cracked at the 18th, sending his tee shot skidding into the creek guarding the green.

The rattled Chilean would take a double-bogey, leaving Thomas and Zalatoris to fight for the trophy.

“Today I was really nervous,” admitted Pereira. “I tried to handle it a little bit but it’s really tough. 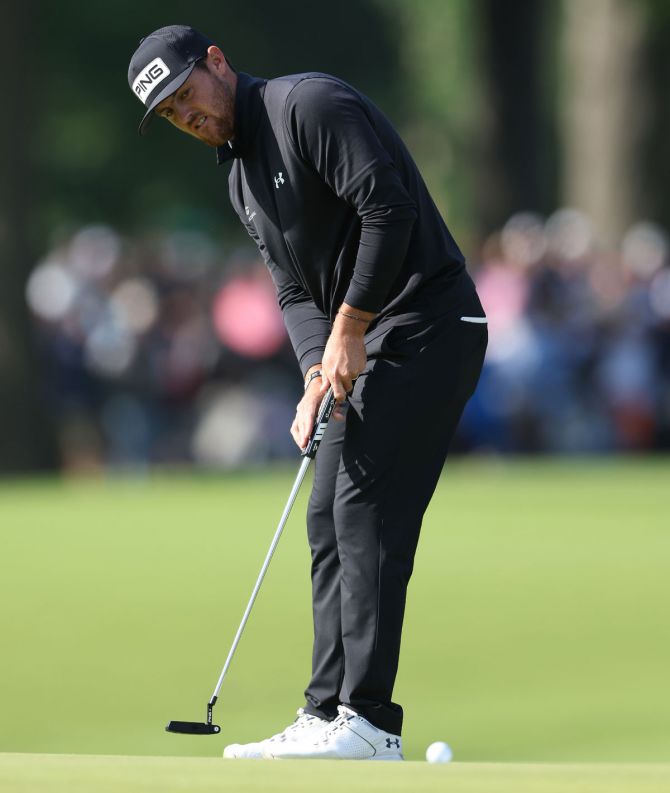 Starting the last round with a three-shot advantage over Zalatoris and Britain’s Matt Fitzpatrick, Pereira controlled his nerves for much of the day.

Zalatoris, on the front nine, and Cameron Young, on the back, joined Pereira at the top of the leaderboard but each time the Chilean pushed back quickly to retake the lead.

But he had no response after his tee shot on 18, finishing with a five-over 75 and tied for third with Young.

Fitzpatrick, Tommy Fleetwood and Chris Kirk were a shot further back on three-under 277.

“You want to win a golf tournament,” said Thomas. “You don’t want someone to lose it.

“I have had times in my career when I feel like I’ve let a tournament get away. And I mean, it’s brutal. It’s not fun.

“I know that down the road, whether it’s this year or years to come, if he’s standing on 18 with a one-shot lead in a major, he’s going to feel more comfortable because he’s going to drawback on this experience.”