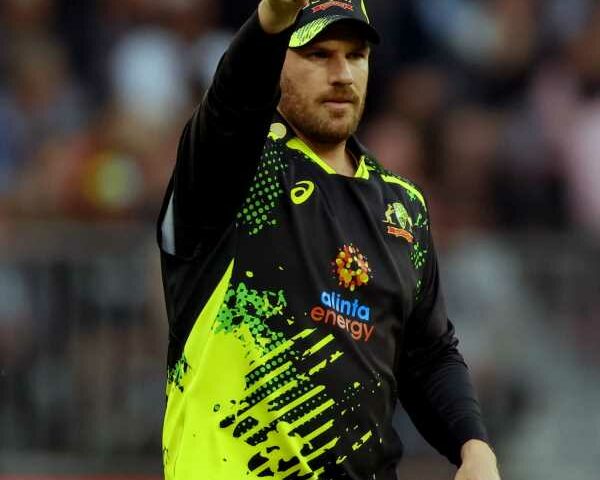 Australia’s T20 captain Aaron Finch said he is not a big fan of bowlers running out batters backing up too far at the non-striker’s end and wants the bowlers to give a warning before executing the mode of dismissal.

The controversial mode of dismissal has been in the news recently after Deepti Sharma ran out Charlie Dean at the non-striker’s end for leaving her crease too early to hand a 3-0 ODI series sweep in England last month.

Finch expressed his views after Mitchell Starc warned England captain Jos Buttler for leaving his crease early in the rain-washed third T20I in Canberra on Friday.

“I think if guys get a warning, then it’s fair game after that,” Finch was quoted as saying by Press Association.

“That would go for most teams, I assume, if you give a batter a warning, because you think that they’re gaining a little bit too much ground before the ball is bowled. But I’m not a big fan, personally.”

Buttler too said that he is not in favour of the dismissal.

“No one wants to see them in the game because they always create such a talking point when it should be about the battle between bat and ball,” he said.

The Marylebone Cricket Club (MCC), the guardians of the laws of cricket, said there was nothing wrong in bowlers running out batters at the non-striker’s end

The ICC also changed running out of the non-striker by the bowler from the ‘Unfair Play’ section to the ‘Run out’ section.