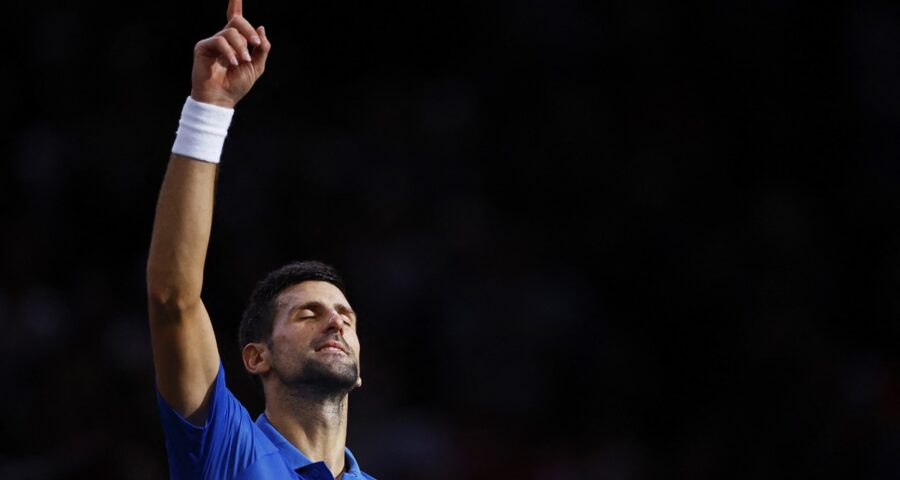 Reigning Paris Masters champion Novak Djokovic beat Stefanos Tsitsipas in a three-set epic on Saturday to set up a title clash with Holger Rune, who reached his first ATP Masters 1000 final after a comfortable win over Felix Auger-Aliassime.

Djokovic won his eighth straight match against Tsitsipas but needed more than two hours to seal a 6-2, 3-6, 7-6(4) victory, keeping alive a 13-match unbeaten run as well as his hopes of clinching a seventh title in Paris.

The Serbian made a blistering start to the contest and was almost faultless as he took the opening set in 31 minutes but dropped a set for the first time this week after Tsitsipas rallied superbly in the second to force the decider.

The momentum shifted again in the third set with Djokovic imperious on serve, but he went a mini-break down in the tiebreak before winning the final four points of the match. “It’s very sweet, obviously, when you win matches like this against one of the best players in the world,” said Djokovic, who struck 11 aces and won 84 percent of his first-serve points.

“Deservedly so, both of us went into an even battle all the way until the last point, until the last shot. Some incredible points towards the end. I’m just really glad to overcome this challenge.”

In a battle between two of the Tour’s most in-form players, world number 18 Rune convincingly ended eighth seed Auger-Aliassime’s 16-match winning run in a 6-4, 6-2 victory and earned his fourth top-10 scalp in as many days. 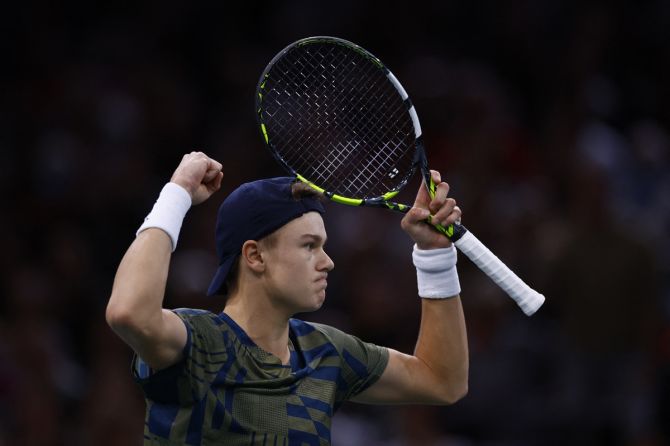 Both players were competing for a spot in their fourth straight final but Canadian Auger-Aliassime, who won ATP titles in Florence, Antwerp and Basel, could not match Rune’s intensity and struggled to reach the level he had shown during his unbeaten run.

Danish teenager Rune won 86 percent of his first-serve points and did not face a break point in a comprehensive 88-minute win.

“It was an unbelievable match from my side today,” Rune said. “I really was sticking to the game plan for the whole match and just taking every chance I got.

“Putting Felix under pressure, that’s what my game plan was all about, and I managed to do it almost perfectly. I am super proud (of) how I handled everything.”