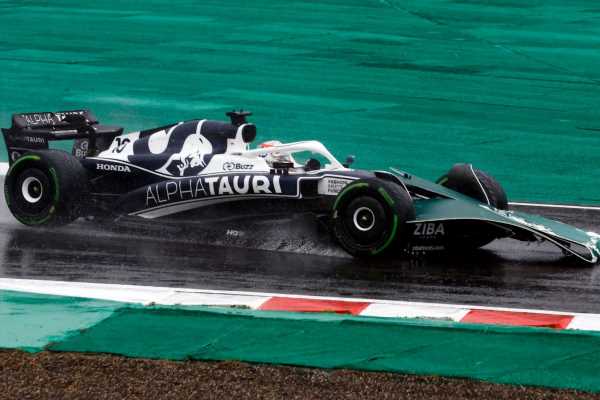 Pierre Gasly blasted officials and said he could have died during the Japanese Grand Prix, after a recovery tractor was on the track, while he was still lapping at speed in heavy rain and spray.

The race at Suzuka was red flagged after an initial safety car period but, AlphaTauri’s Gasly was still trying to catch up in heavy spray and poor visibility after pitting for a new front wing.

The Frenchman recalled compatriot Jules Bianchi, who died of head injuries sustained when his Formula One car hit a tractor in similar circumstances at the circuit in 2014.

“We lost Jules already. We all lost an amazing guy, an amazing driver, for the reasons that we know. Eight years ago on the same track in the same conditions with a crane,” Gasly told Sky Sports television.

“How, today can we see a crane, not even in the gravel, but on the racetrack while we are still on the track? I don’t understand that. Obviously, I got scared. If I lost the car in a similar way as Carlos (Sainz) lost it the lap before, it doesn’t matter what speed, I would have just died. Simple as that.”

Gasly said it was disrespectful to Bianchi, his family and all Formula One drivers and that officials should have waited until all cars were back in the pit lane.

“I’m just extremely grateful that I’m here, and tonight I’m going to call my family and all my loved ones. I passed two metres from that crane. If, I had been two metres to the left, I would have been dead,” Gasly had earlier hit an advertising hoarding thrown onto the track when Ferrari’s Sainz crashed.

Video replays showed light panels by the side of the track change to red from yellow, just before Gasly drove past the tractor. Stewards said Gasly was under investigation for speeding under red flag conditions.

“How did this happen? We lost a life in this situation, years ago. We risk our lives, especially in conditions like this. We wanna race. But this is unacceptable,” said McLaren’s Lando Norris on Twitter.

“I think we need to discuss a tractor on the track. We can keep it short: this must NOT happen, guys,” said Austrian former racer Alex Wurz, chairman of the Grand Prix Drivers Association.

“Today we were just lucky,” said four-time world champion Sebastian Vettel. Sainz told Sky Sports television: “I still don’t know why we keep risking, in these conditions, having a tractor on track. You were going to red-flag it anyway, so why risk it?” Red Bull’s Sergio Perez said that drivers had been put at risk.

“What happened today just makes me so angry,” he said.

“I just hope everybody in the sport will never get to see this situation, ever again.”