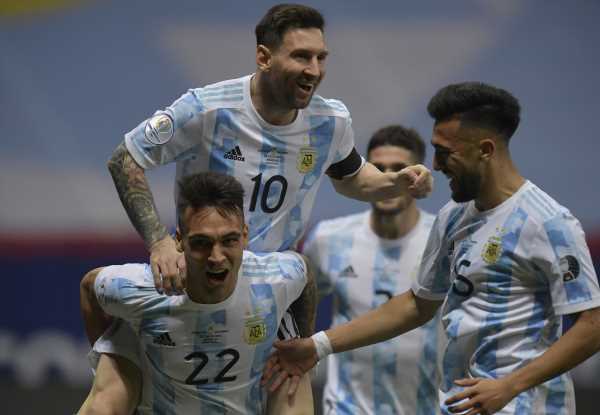 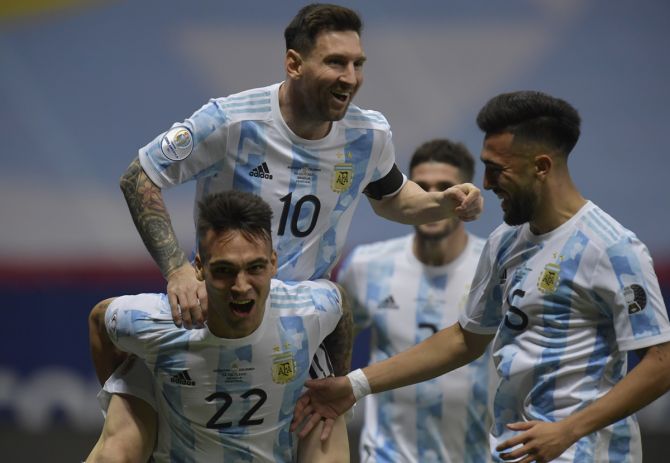 Emiliano Martinez was the hero for Argentina as he saved three times in a shootout to take his team into a Copa America final match-up with Brazil after Tuesday’s semi-final against Colombia finished 1-1 after 90 minutes.

Martinez, who tried to distract Colombia’s players in the shootout with a barrage of trash talk, saved from Davinson Sanchez, Yerry Mina and Edwin Cardona. 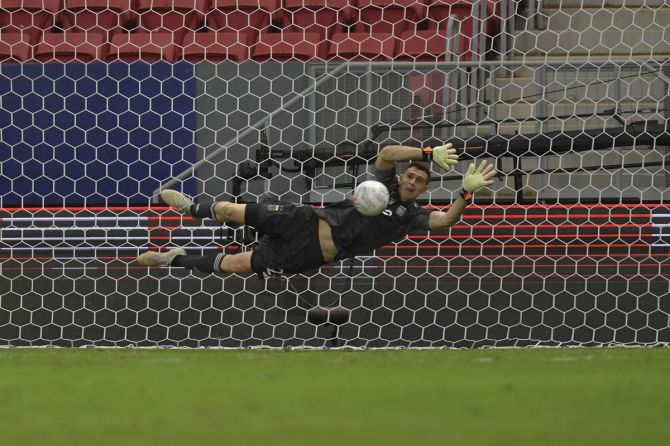 Lionel Messi, Leandro Paredes and Lautaro Martinez scored for Argentina as they booked a spot against the host nation in Saturday’s final at Rio de Janeiro’s Maracana stadium.

“I’m speechless,” said Argentine keeper Martinez. “They took us to penalties and that’s a question of luck, today it was my turn for glory.”

Both sides had chances to win in an intense, end-to-end match punctuated by 46 fouls and 10 yellow cards. 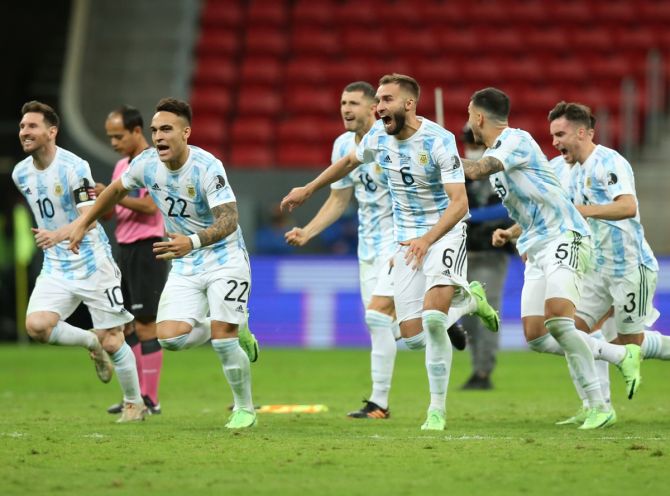 Argentina are seeking to win their first major international title since lifting the Copa America in 1993 and once again Lionel Messi was the star man, notching up his fifth assist of the tournament to add to his four goals.

Taking a superb pass from Giovani Lo Celso after six minutes, Messi rolled the ball to Lautaro Martinez to fire home a low shot and give Argentina the lead.

Colombia found their feet soon after and hit the woodwork twice in a minute towards the end of the first half when Wilmar Barrio’s deflected shot struck the post and then Mina watched his header hit the bar from the resulting corner.

Their equaliser came on the hour mark when Luis Diaz finished from a tight angle to complete a surprise counter attack.

Argentina are now unbeaten in 19 games, with their last loss coming to Brazil in the semi-final of the 2019 Copa America. They were also the last team to beat Brazil, in November 2019 when Messi got the only goal of the game in a friendly in Saudi Arabia.

Since then Brazil, who beat Peru 1-0 on Monday to reach the final, have won 12 and drawn one.