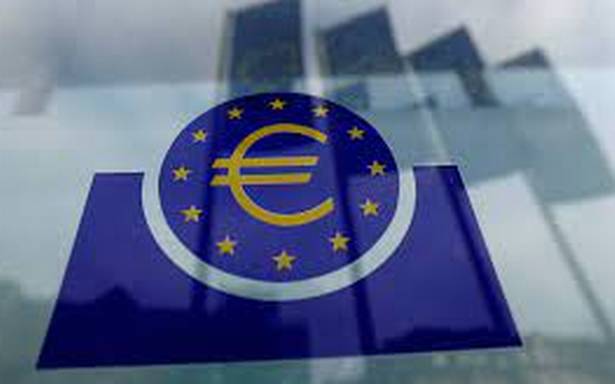 A digital euro, sometimes dubbed “e-euro”, would be an electronic version of euro notes and coins.

The European Central Bank is expected to take the next step towards a "digital euro" Wednesday by launching the project’s exploration phase, but questions remain about potential pitfalls and benefits for eurozone citizens.

The move comes as the coronavirus pandemic has hastened a shift away from cash, and as central bankers around the world nervously track the rise of private cryptocurrencies like bitcoin.

Here’s a look at what a digital euro would mean for the 19-nation club.

A digital euro, sometimes dubbed "e-euro", would be an electronic version of euro notes and coins.

It would for the first time allow individuals (and companies) to have deposits directly with the ECB. This could be safer than with commercial banks, which could go bust, or than holding cash that could be stolen or lost.

The ECB has promised that any future digital euro would be "a fast, easy and secure way" to make payments. The service would be free and payments could be made by card or smartphone.

This would allow the Frankfurt-based institution to compete with foreign card companies such as Visa and Mastercard or digital payment services like PayPal, sectors where no strong European players have emerged.

A digital euro would "complement cash, not replace it", the ECB has stressed.

The ECB is still studying which technology is best suited to develop the digital currency.- Why now? –

The Covid-19 pandemic has accelerated a decline in the use of cash as customers try to avoid contact.

The ECB is also wary of falling behind virtual money issued by private actors like bitcoin and Facebook’s yet-to-be-launched diem, formerly known as libra.

And there’s pressure to keep up with digital currency pilot projects launched by other central banks, before the ECB misses the boat and consumers end up putting their money elsewhere.

If people in the eurozone were to switch en masse to virtual currencies that operate outside the ECB’s reach it could hamper the effectiveness of its monetary policy measures.

The risk would be higher in times of crisis, when savers might be tempted to flee to the safety of a digital euro and trigger a run on banks.

To avoid this, the ECB will likely cap the number of e-euros people could hold in digital wallets, with executive board member Fabio Panetta suggesting a threshold of around 3,000 euros ($3,500).

Concerns about privacy and ensuring the digital euro can’t be used for money laundering will also be part of the ECB’s thinking as it weighs the pros and cons in the months ahead.

A key challenge that might emerge is that users "would have to be convinced to switch to a new payment method that is hardly different from existing ones", said Deutsche Bank analyst Heike Mai.

Privately issued digital currencies have been around for years and tend to be highly volatile. They are also under growing scrutiny from regulators.

Bitcoin hit a record high of nearly $65,000 in April but has since plummeted by around 50 percent, largely because of a Chinese crackdown on cryptocurrency trading.

So-called stablecoins are seen as less volatile because they are pegged to traditional currencies like the US dollar or the euro. This is the route Facebook has chosen for its highly anticipated diem project.

Many central banks are looking into offering their own virtual money — known as Central Bank Digital Currency (CBDC) — as a stable and risk-free alternative.

The Chinese central bank has started trials with a digital renminbi, while the Bank of England has created a task force to research a possible "britcoin".

The US Federal Reserve and the Bank of Japan are also exploring CBDCs.

Having completed the preliminary research and a public consultation, the ECB is expected to move to a formal investigation phase focused on the design of a digital euro next, set to take around two years.

Panetta told the Financial Times that if the project is then given the go-ahead, it would take another three years to get the digital currency ready for use — meaning the rollout is not expected before 2026.