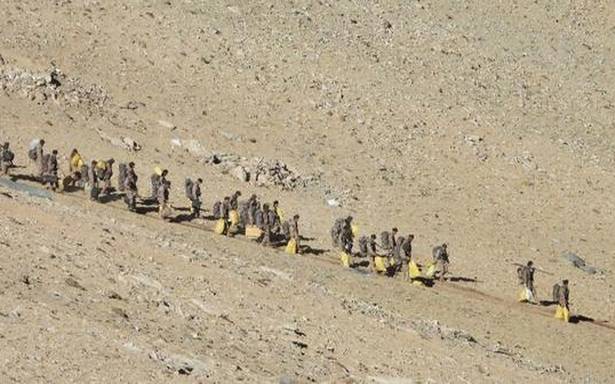 The Army made the comments as part of a statement trashing a media report that said the Chinese military has again crossed the LAC in eastern Ladakh at several places.

There has been no attempt by the Indian or the Chinese side to occupy the areas in eastern Ladakh from where they disengaged in February and both sides are engaged in talks to resolve the remaining issues in the region, the Army said on Wednesday.

The Army said it has been monitoring activities by the People’s Liberation Army (PLA) including turnover of troops in the region.

The Army made the comments as part of a statement trashing a media report that said the Chinese military has again crossed the Line of Actual Control (LAC) in eastern Ladakh at several places and that there has been at least one incident of clash between the two sides.

“Ever since the disengagement agreement in February this year, there has been no attempt by either side to occupy the areas from where the disengagement had been undertaken. There have been no clashes in Galwan or any other area, as reported in the article,” the Army said.

It also said that the report mentioning that agreements with China have collapsed is “false and baseless”.

The Hindu Explains | Who does Galwan Valley belong to?

“Both sides have continued with negotiations to resolve the balance issues, and regular patrolling in respective areas continues. The situation on ground continues to be as hithertofore. PLA activities, including turnover of troops continue to be monitored by the Indian Army,” the Army said.

India and China have been locked in a military standoff at multiple friction points in eastern Ladakh since early May last year. The two sides completed the withdrawal of troops and weapons from the North and South banks of Pangong lake in February following a series of military and diplomatic talks.

The road from Galwan, a year later

The two sides are now engaged in talks to extend the disengagement process to the remaining friction points.

There was no visible forward movement in disengagement of troops in the remaining friction points as the Chinese side did not show flexibility in their approach on it at the 11th round of military talks.