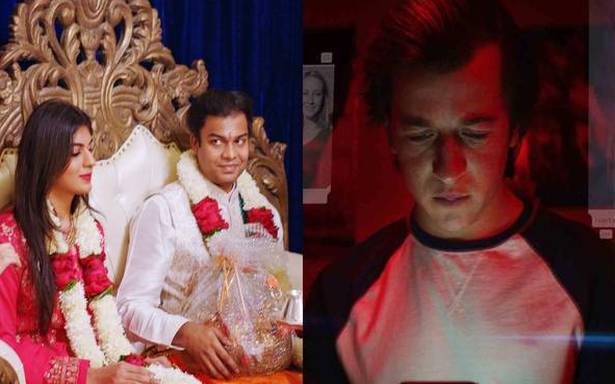 From ‘Indian Matchmaking’ and ‘Alma Matters’ to international projects like ‘Our Planet’ and ‘The Social Dilemma,’ the docu-series genre in the country has come full circle

Nearly a century ago, the black and white frames of Robert Flaherty’s Nanook of the North (1922) captured masterfully the sedate tranquillity of Arctic Canada’s picturesque landscape in all its snow-strewn glory; inhabited by a band of spirited hunter-gatherers whose struggle against the uninviting terrain formed the central narrative of the film.

A still from ‘Nanook of the North’

Their lives, rather a fictional account of the same was showcased in what is now widely recognised as the world’s first feature-length documentary. For the first time, the film gave global audiences a taste of what it is like to be transported to the distant lands of unexplored realities by taking a veritable leap into the unknown.

Since then, the archaic title cards and the soundless montages of moving frames that Flaherty made popular have given way to high-quality sound design, detailed polychromatic visuals of exquisite subjects, locations, and much more.

Case in point, the advent of the ‘docu-series’ format in recent years — an episodic offering of small nuggets of exaggerated reality which fit together as part of a larger narrative, a cinematic window into the lives of people and issues that are as intriguing as a fictional tale, despite not being one.

This has been reflected in recent offerings like Wild Wild Country and The Last Dance on Netflix, which have challenged the conventional narrative structures and filming techniques in practice, providing free reign to non-linear and experimental forms of storytelling to blossom.

But what has been the fate of the genre in the Indian scenario?

“The documentaries that we grew up watching in India were essentially a mode of communication with the masses — burdened by its need to bring about social change. Needless to say, storytelling took a back seat. This, for me, made them less engaging,” opines Prashant Raj, co-director of the Netflix docu-series Alma Matters: Inside the IIT Dream (2021).

A still from ‘Alma Matters’

However, now with streaming platforms ruling the roost, a rapid transformation in India’s reality-driven content ecosystem is underway.

From the depiction of the world of arranged marriages among the elite in Indian Matchmaking to the anthology on India’s defaulting millionaires in Bad Boy Billionaires: India, the docu-series genre in the country has come a full circle and audiences are digging right in.

“If you just look at the way the viewing has grown for documentaries in India on Netflix, it’s grown like 100%, from 2019 to 2020,” Tanya Bami, Netflix India’s director of International Originals told The Hindu.

“The documentaries or docu-series we consume today give us bragging rights. Earlier the question used to be, ‘How well-read are you?’ Now, it has evolved to, ‘How well-versed are you with visual content?’” she added.

The new-found popularity for documentaries aside, experimenting with the genre itself has always been on the agenda of Indian filmmakers. In vintage films like India ‘67 (1968) and Arrival (1980), the distinct potential of home-grown creators for delving into the unconventional is truly on display. However, since then, the national attention towards nurturing talent and producing such visual treats have undergone a steady decline, especially in the last few decades.

The ensuing void has finally been filled by the fledgling genre of the documentary series, providing the perfect launchpad for a new generation of filmmakers to reinvent themselves and their craft. And this time, the rules of the game might not be that different either.

“There is, of course, a thin line between documentaries and the docu-series. In a series, you have to hold the attention of the audience for over a period. For that, the production has to be all the more emotionally compelling. However, in both cases, the stories being told and the narrative voice has to be authentic as well,” Prashant Raj pontificates.

Raj’s emphasis on the need to hold viewers captive for a longer duration can be cited as a major catalyst in bringing about numerous innovations in editing and narrative styles of the modern-day docu-series.

For instance, a crescendo of intercut images might help in promptly establishing a detailed background to a horrendous murder, or an insightful voiceover laced with live footage from the crime scene can help in constructing a full-proof narrative around a case; informing and entertaining at the same time.

Further, the episodic format can allow more time for a steady build-up and effective character development, something often amiss in feature-length pieces. Such dynamic elements of story-telling can not only bring a true-crime documentary to life, but also generate interest in indigenous socio-political and cultural issues, like never before… in all its ‘authentic’ glory.

Speaking of authenticity, one cannot help but revisit Nanook’s singular tale of surviving in the wilderness. Despite his story receiving worldwide attention, Flaherty landed himself in troubled waters when it was discovered that the filmmaker scripted most of the memorable scenes from his film. Nanook was not even the protagonist’s real name, and his better half on-screen was not his real wife. Also, it didn’t help that the lead actor died of starvation, a few months after the filming wrapped up.

This gave rise to one of the most delicate questions of all time, which has still not been put to bed: how close are documentaries, and in turn, docu-series to reality?

“I think it depends on the filmmakers making them. For us, we rely on extensive research and fact-checking, as well as consultation from our interview subjects throughout the editing process to confirm we are portraying their perspectives accurately on-screen,” Jeff Orlowski, the director of the award-winning The Social Dilemma, tells us.

A still from ‘The Social Dilemma’

Needless to say, for a production essentially rooted in reality, not much can be scripted. Thus, Orlowski shoots all his interviews before beginning production on narrative elements.

Back home, Prashant Raj’s Alma Matters team also dabbled with a similar formula. They ventured into the IIT Kharagpur’s sprawling campus with their cameras always recording in the hope of capturing the most genuine interactions, expecting the overarching narrative theme to emerge from the former, in pursuit of capturing the realness of reality itself.

Nonetheless, this process might be entirely different for filmmakers who are dealing with other subjects, for instance, the boundless elegance of nature itself. For the crew of Our Planet, capturing Earth’s natural beauty on a grand scale posed unique challenges, but a well etched-out plan of action ensured that they got the desired results.

“The starting point is detailed research to understand the most important issues the natural world faces… then we discover the best sequences that illustrate these issues which will also be visually captivating and dramatic,” states Keith Scholey, the joint producer of the Netflix original documentary series.

A still from ‘Our Planet’

It also helps if the latest cutting-edge technology can be employed to actualise the creator’s vision on screen.

“We always try to develop new techniques to enhance the visual look. On Our Planet, the key was to keep the camera moving whenever we could by using the latest stabilised camera,” Scholey remarked.

Indeed, with innovations in technology and story-telling, documentaries from around the world have been blessed with a new lease of life, and docu-series are at the forefront of this evolution. For now, the changing nature of the art form along with its ability to subvert genre expectations have set the ball rolling for new creators to improvise — and surely — the best is yet to come.