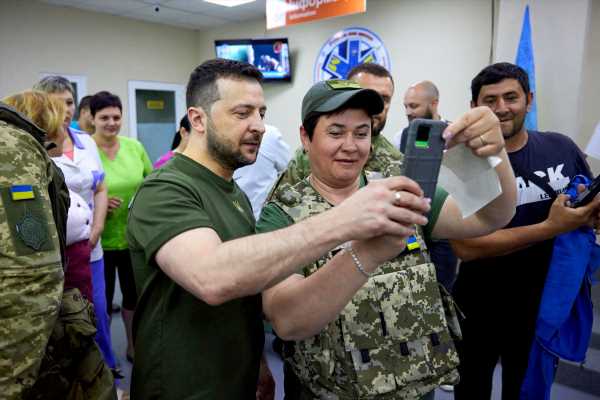 Mykolaiv and Odesa are targets in Russia’s efforts to seize the Black Sea coast, and Zelenskyy’s visit was meant to boost the morale of Ukraine’s troops fighting tough battles with the Russians every day.

It was also meant to send Russian President Vladmir Putin a message that Ukraine will never surrender to the Kremlin’s senseless and brutal war.

In Mykolaiv he met soldiers, officials, health workers and inspected damaged buildings. He also handed out medals to soldiers and police officers.

Please click on the images for glimpses of Zelenskyy’s visit to Mykolaiv and Odesa. IMAGE: President Volodymyr Zelenskyy takes a selfie with a Ukrainian soldier during a visit to a hospital in Mykolaiv. All photographs: Ukrainian Presidential Press Service/Handout via Reuters IMAGE: Zelenskyy poses for a picture with medical workers. 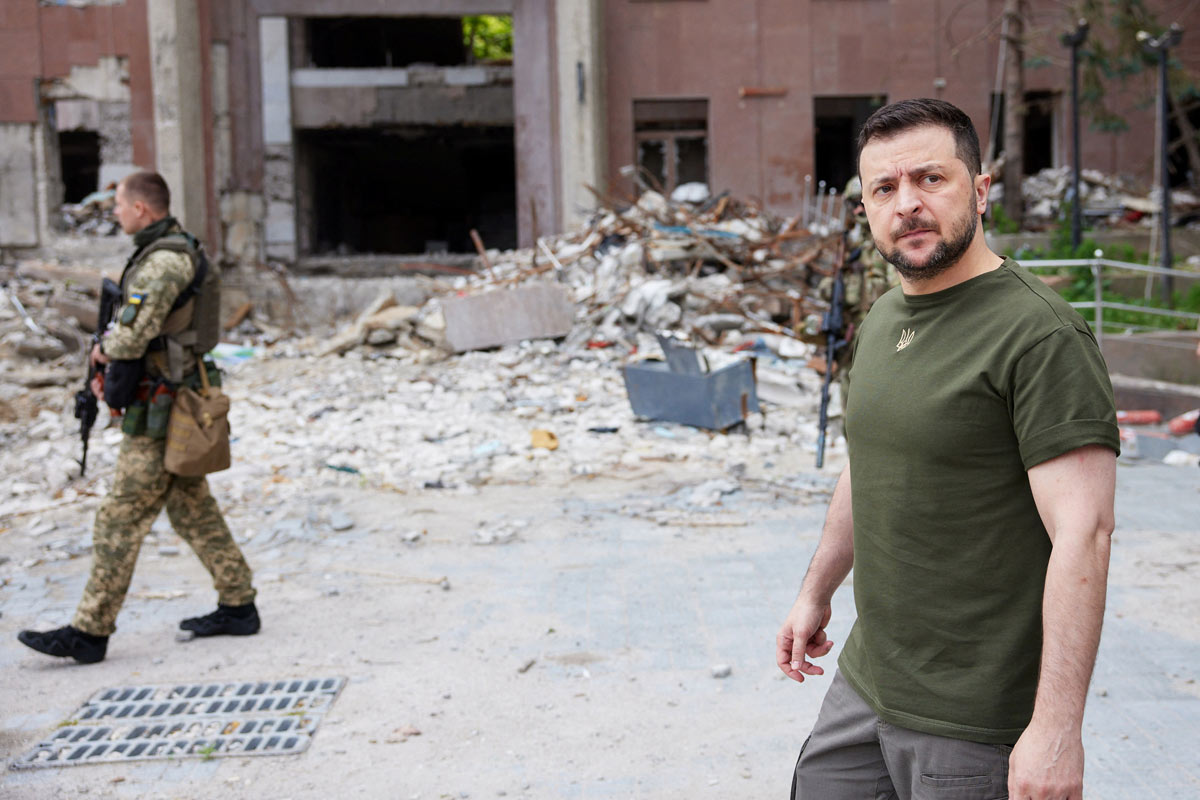 IMAGE: The president meets with Ukrainian soldiers in Mykolaiv. IMAGE: Zelensky presents an Ukrainian soldier with a medal. IMAGE: Zelenskyy awards a police officer at a national guard training base in Odesa. 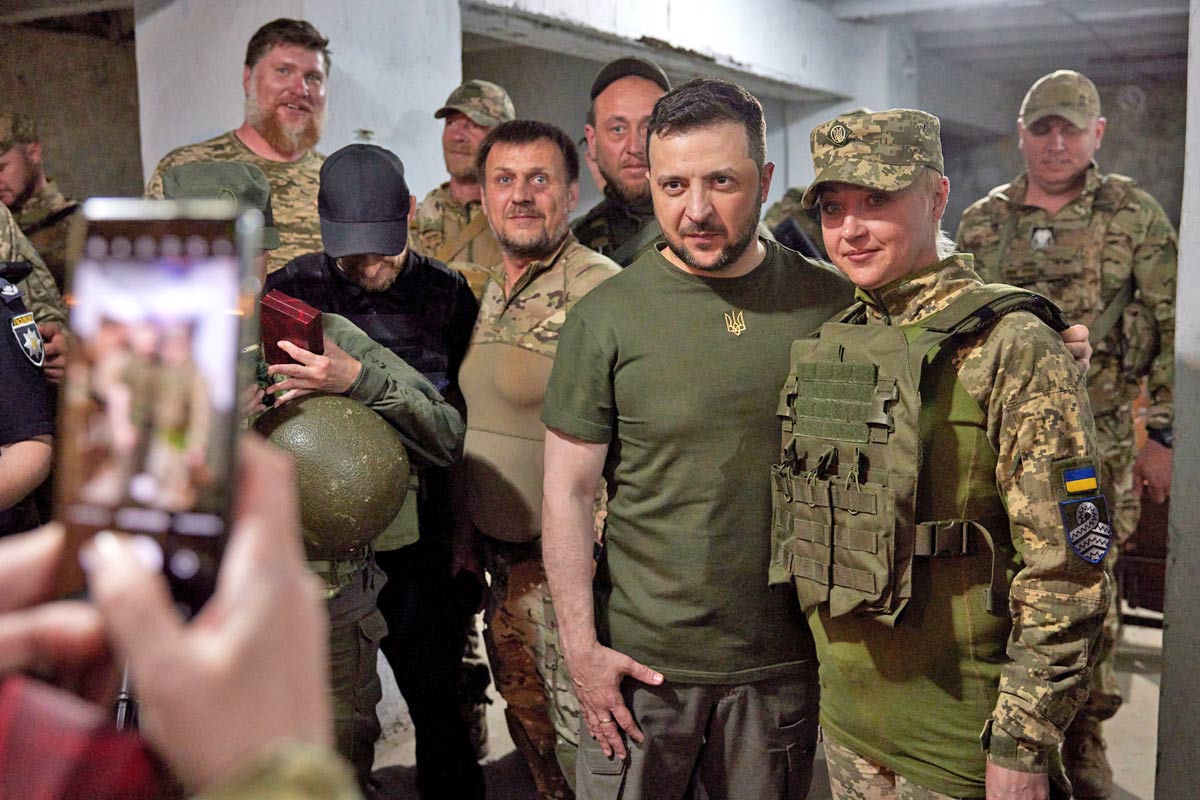 IMAGE: Zelenskyy and Ukrainian soldiers in an unknown location in Southern Ukraine.