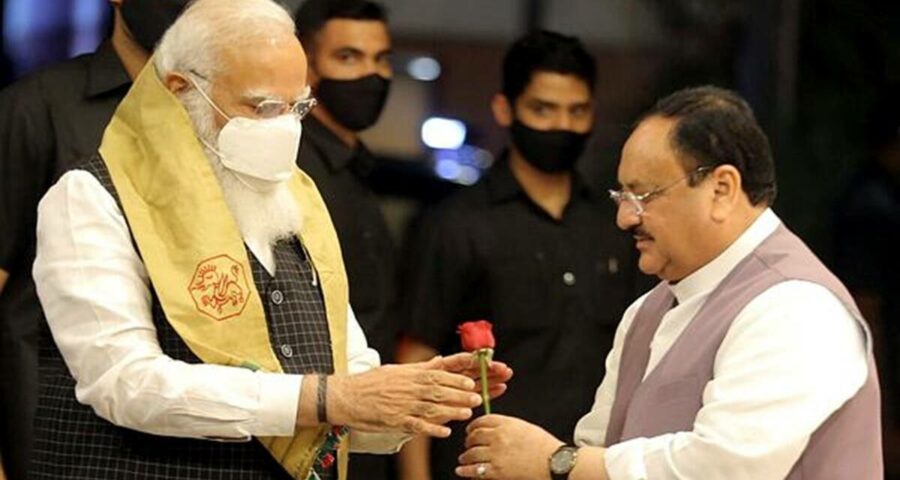 Symbolism and localism are both ingredients of electoral politics and in both, the BJP could not come up to the mark in West Bengal 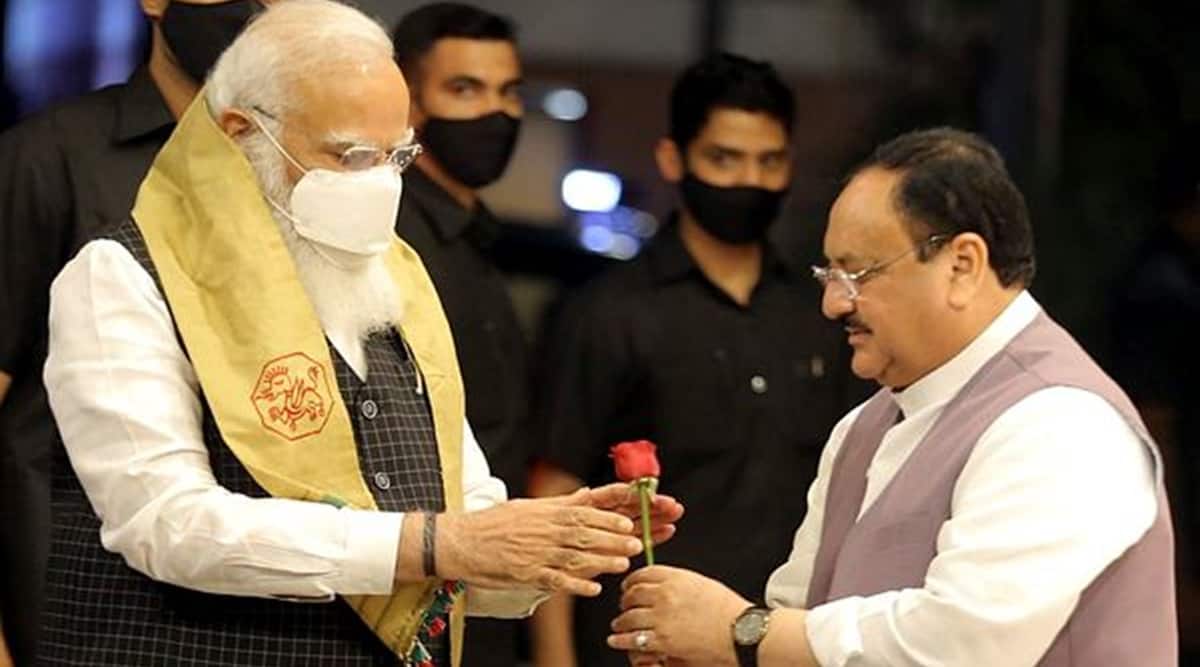 In West Bengal, political slogans have changed over different periods, indicating a desire for change. In recent times, the CPM-led left front after Jyoti Basu’s exit in 2001, fought the election and won on the plank of a better left front.

Ten years later, in the elections of 2011, the Trinamool Congress (TMC) coined the term “paribartan” or change. Before this, by 2009, there were enough indications of the left front’s declining popularity in panchayat and municipal elections.

In the 2021 elections, the BJP invented the phrase “Asol Paribartan”, which was motivated by its spectacular success after having won 18 of the 42 seats in the 2019 Lok Sabha elections.

The TMC secured 22 and the remaining two went to the Congress. The noteworthy point was that the TMC’s vote share went up by 3 per cent, from 40 to 43 per cent, restricting the BJP. As the recent election result shows, the BJP has made inroads in the legislative assembly but fell miserably short of its target of 200 seats. The TMC’s vote share in 2021 has gone up to 48.3 having secured a 9 per cent lead over the BJP.

Both the Congress and CPM have become irrelevant with their combined vote share coming down to less than 10 per cent. What are the factors behind this stunning performance by the TMC? This stupendous feat needs in-depth analysis for a proper understanding.

Politics in West Bengal has developed within a paradigm of normal and transitional phases. Though the Congress in West Bengal was always faction-ridden and was not the dominant political outfit during colonial rule, after Partition it emerged as the unchallenged and dominant party.

The united Communist Party had three legislative Assembly members in the 1946 elections and was led by British-trained jurist, Jyoti Basu. The other two with a glorious record of sacrifice could not be made leaders as both were unfamiliar with parliamentary practices. In the wake of the Partition, the deft handling by B C Roy kept the Congress in power despite millions of refugees from then-East Pakistan and chronic food shortages — an extremely difficult situation that became a fertile ground for communist consolidation.

But after Roy’s death, the increasing food crisis and inept handling by Chief Minister Prafulla Chandra Sen, the Congress lost power in 1967. But the first United Front government did not survive for long. This was the case with the second one too in 1969. In post-independence Bengal, the period 1967 to 1972 was the most turbulent. World Bank President Robert McNamara’s plane was not allowed to land at Kolkata’s Dum Dum airport. The frequent resort to gherao led to a flight of capital from Bengal.

The United Front government faced another serious challenge to its authority and power from the Naxalite movement led by Charu Majumdar. The vice-chancellor of Jadavpur University, Gopal Sen, was murdered along with scores of other innocent people. It was a situation of total anarchy, which led to the return of the Congress to power in 1971. The elections were rigged. Jyoti Basu was defeated and a large number of communist leaders had to leave West Bengal and many others were forced to go underground.

The rigging and Emergency brought the end of Congress rule and began the long innings of the CPM-led left front in 1977. One great achievement of the left front government was Operation Barga and the overall strengthening of the agricultural sector.

The indications of this anti-machine sentiment were reflected in the 1960s itself when the Communists fiercely opposed the introduction of computers in LIC. But it did not have any impact on electoral politics and the citadel broke when belatedly and inhumanely, the left front decided to move towards industrialisation by forcibly acquiring agricultural land. Singur and Nandigram became the catalysts of change.

An arrogant chief minister, Buddhadev Bhattacharya, who proclaimed the irrelevance of the Opposition by boasting 250 vs 30, did not visit Singur even once.

This process reflects a pattern of change. The food crisis of the 1960s led to the united front rule in 1967. The anarchic situation between 1967 and 1971 saw the return of the Congress. Post 1977, was the long innings of left front rule which was toppled by the Mamata-led protest against the forcible acquisition of land in 2011.

This process of change continues in 2016 and 2021. The BJP’s planks of corruption and lack of a big industrial sector could never act as catalysts. In the background of Narada and Sharada scams, corruption was a big issue in the 2016 elections but after Mamata’s re-election in 2016, the slew of welfare schemes and their efficient delivery relegated corruption to the background.

Why does the issue of industrialisation not become an electoral issue in Bengal? The primary focal point continues to be governmental and other service sector jobs in a situation where even the job of a civic volunteer is hard to get. Rapid industrialisation — which has to be capital incentive — means the creation of one job with an investment of Rs 4 crore and that would also go to a highly qualified outsider. This explains the 34-year rule of the left front.

The BJP was elated at winning 18 Lok Sabha seats in 2019 and thought this was an indication that Bengal is signalling a desire for change. The little explained Sonar Bangla with the active campaigning of the Prime Minister, the Home Minister and star campaigners of the BJP did not fire the imagination of the average voter. What the BJP strategists did not take into account was the law of diminishing returns.

In 2019, a fragmented opposition concealed the ill effects of an ill-conceived demonetisation and GST. The lack of direction became evident in the handling of the current Covid crisis. The hasty imposition of a lockdown triggering the crisis of migrant labour last year had a deep impact on the economy in general and on the construction industry in particular. Many in the construction industry came from Bengal.

The successful implementation of MNREGA and the announcement of free ration was a timely help to the rural and urban poor, which the BJP leadership failed to comprehend. Alongside, there has been a manifold increase in the price of essential commodities like mustard oil. The price of a cooking gas cylinder at present is Rs 900. The price of petrol is Rs 100/litre when the international price is much less. During Manmohan Singh’s tenure, the price was roughly Rs 60/litre.

Symbolism and localism are both ingredients of electoral politics and in both, the BJP could not come up to the mark in West Bengal. Symbolism and localism emerge from struggles and movements in which none of the BJP leaders could match Mamata Banerjee who began as a young Youth Congress leader stopping JP’s convoy, defeating Somnath Chatterjee in the Lok Sabha elections in 1984 and keeping her anti-left and secular credentials alive for more than four decades.

In contrast to Bihar, where the BJP had a partner in Nitish Kumar; in Bengal, the BJP projected defectors from the TMC to lead its fight. The contest became one between Trinamool A and Trinamool B. What came out clearly, is that unlike at the Centre, the BJP was in an unnecessary hurry to capture power in Bengal without adequate preparation. Trying for a great leap, it squandered possibilities of linear and long-term consolidation.

The ramification of these would linger on with multiple effects in the coming elections in many other states and at the national level in 2024. Democratic politics is the politics of waiting and any attempt to disturb the apple cart
normally does not succeed.

The writer retired as professor of political science in Delhi University.