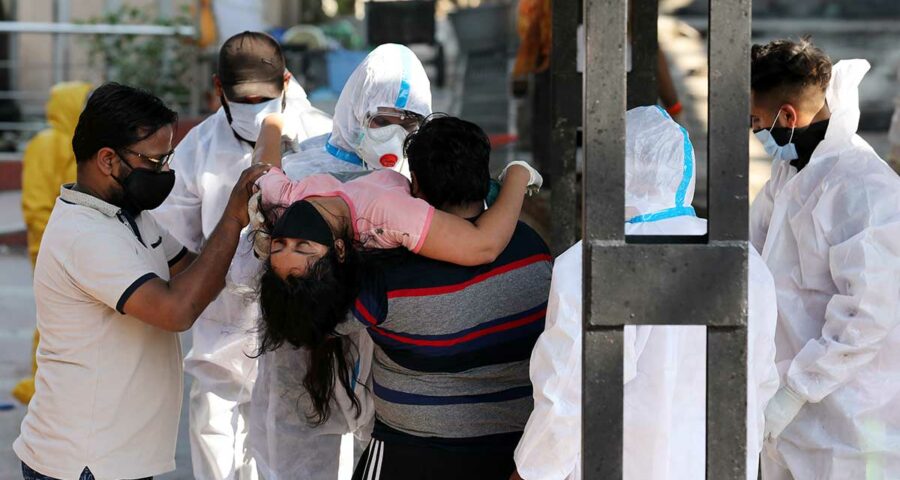 ‘We behaved as if this disease is not a problem for India.’
‘We acted as if it would go away. But it didn’t go away; it exploded.’

50 per cent of America’s population is fully vaccinated.

43 per cent of the adult population in the UK is fully vaccinated.

India has fully vaccinated 2 per cent of the population.

This is the vaccination picture of India.

Added to this is the vaccine shortage in almost all the states.

Where did India go wrong?

What should be done urgently so that India could vaccinate as many people as possible at the fastest?

In the first of a two-part conversation with Rediff.com‘s Shobha Warrier, Dr Jacob John, Professor at the department of community health at CMC, Vellore, answers some of the questions. Even as the second wave of the pandemic continues, the vaccination demand and supply ratio is 6.5:1 in India.
How is India going to fight the pandemic when it has so far vaccinated only 14% of the population with one shot?

Yes, we are short of vaccines. We underestimated the need and overestimated our ability to produce required doses in the period we needed.

Now the question is, with the limited dose of vaccines available, how can we address the pandemic?

There are two parts to how this pandemic should play out. Normally respiratory infectious diseases spread from one person to the other. So, when people become immune to the disease, they tend not to transmit the virus to another person, and the pandemic dies down.

That happens because of two reasons; people get immunity after an infection, or they are vaccinated and therefore protected.

If that is the case, the immediate wave which we are going through, will end in the next 2-3 months at the latest.

In fact, it has already started coming down in many larger cities which had the brunt of the infection early.

When it goes up very rapidly, it usually comes down in the same way. Then the wave will not last for a very long time.

The critical question is, what proportion of the population has already been infected as part of this wave.

If the proportion of the population that is infected and therefore immune is a small component, then the next wave will come till about 70% of the population develops some kind of immunity, either through infection or through vaccination.

Now, there is a shortage of vaccine. So, how do you deal with a situation that we are in when you cannot produce adequate vaccine to stop the pandemic?

You have to start looking at things differently. That is, from trying to use the vaccine to just stop the pandemic to saving lives now.

The purpose of using the vaccine right now should be to cut losses due to the pandemic as soon as possible. You mean, vaccinate only the vulnerable?

Yes. You know very clearly the pandemic affects the elderly and people who have some co-morbidities like obesity, hypertension, diabetes, etc. It is people with such problems are dying because of the infection.

Anybody can get infected, even young adults too. But most of those who die or need hospitalisation, ventilation or oxygen are the old people or those with co-morbidities.

You need to understand that vaccines have a very specific goal in the short term, and a different goal in the long term.

The short-term goal of the vaccine is to protect the most vulnerable with severe diseases. Which is why we have to vaccinate those above 45, the frontline workers, etc. 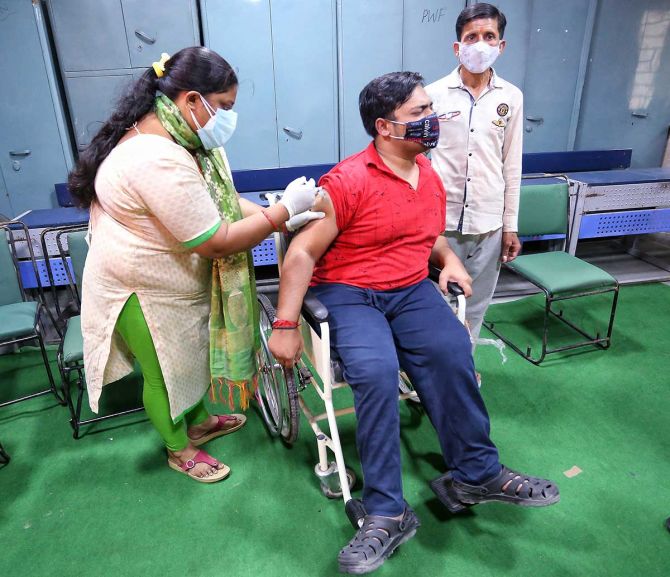 Reports say that in the second wave, more than the elderly, many young people are getting infected. Is it because a certain number of the vulnerable population are vaccinated?

It is partly the reason, but not the primary reason. The virus you are seeing in the second wave is highly infectious. When I say infectious, it means it spreads from one person to another faster than in the first wave.

All of them are likely to get infected because the virus will not ask you, how old you are, before infecting you! But those who get seriously ill are mostly in the older age group.

When you have a pandemic like this, there will be some of the 40% of the population in the age group of 18-45, will also develop severe disease, even though the chances are small.

In the large cities, you have vaccinated a lot of people in the 45 plus age group, but if you take the mortality rate, 50% of them are above 45.

Compared to the older people, those below 45 are not dying in large numbers; it is an extremely small number.

Whether it is the first wave or the second wave or the third wave, older people are ten times more likely to end up in an ICU if they get infected.

If you ask me, should you not protect the younger people? Of course, you should.

If you have the vaccine, give it to everyone.

But at this moment, when you are short of vaccines, you should give priority to those who are at the highest risk.

I am not saying, don’t give vaccine to younger people. Give them when you get another 600 million doses of vaccine. We saw the public healthcare system collapsing miserably during the second wave. Do you think the authorities will learn any lessons from this, or will this chapter be forgotten once the wave is over?

You have to ask them this question. Do we all learn from our mistakes? Hopefully, we do.

They probably have learnt their lessons too.

There are two problems here. One, you need to acknowledge that there is an issue, and you made a mistake. Last year, we were like ostriches burying their heads in the sand.

We behaved as if this disease is not a problem for India, and that there was no community transmission. We acted as if it would go away. But it didn’t go away; it exploded.

So, let’s face it now and say, yes, we have a problem.

I like the way some other governments are addressing the issue based on data.

We know if we are reporting 10 deaths, there are actually 100 deaths. 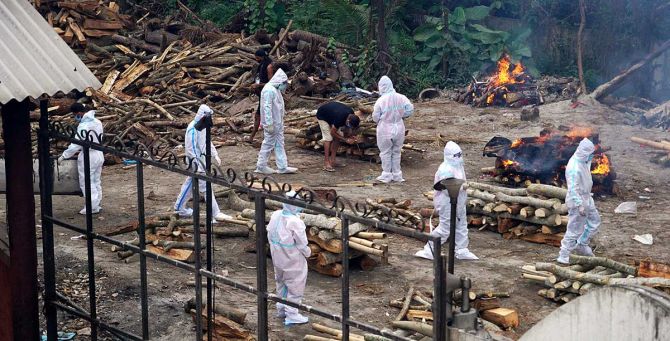 The other day, the WHO director-general spoke about the importance of correct data. He said, unless you have correct data, you will not be able to fight the pandemic.
But in India, we do not get the correct data at all whether it is the number of cases or number of deaths…

That will only change when you have a strong public health system which is independent of the government like the CDC in the US.

What I am suggesting is utopian for an Indian situation. We can only hope for an utopian situation where there will be an independent system which cannot be breached. And you will report things as they are. Of course, there will be political fall outs.

For example, in India, the economic parameters which run the system are also manipulated. It shouldn’t be like that.

What is happening is, the political masters do not want to take the responsibility. The consequence is, their advisors tell them the things they like to hear.

This will change only when there is a commitment from the government to have a system that provides correct data. The UK for instance, from day one of the pandemic was like that, following the data judiciously.