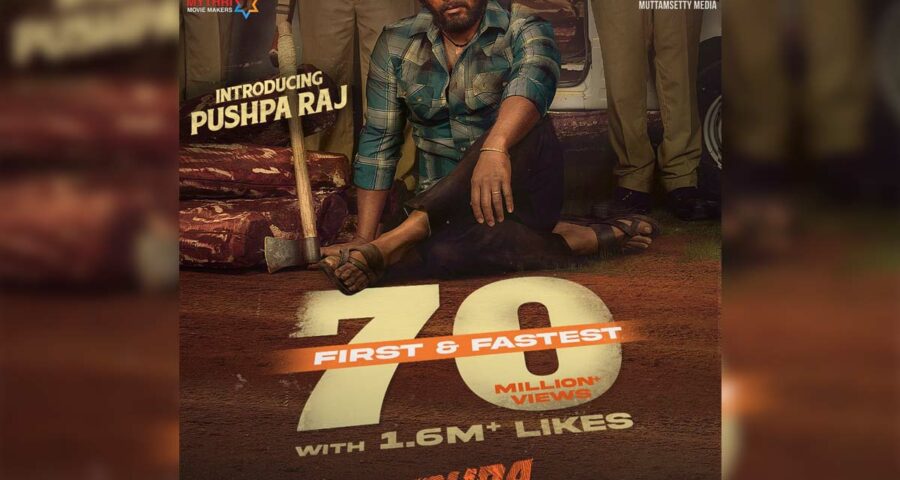 It is a known fact that Stylish Star Allu Arjun’ upcoming film Pushpa will release in two installments, much like blockbuster war epic franchise Baahubali and KGF. The  estimated budget of both parts should touch Rs 250 crore and the first installment should hit screens by October or December 2021.  Now according to the latest report, Pushpa’s teaser has clocked a staggering 70 million plus views on YouTube. This is a ‘first and fastest’ record in Telugu film industry. The makers of Pushpa confirmed the same by releasing a poster.

Allu Arjun who recently tested negative for covid after a two-week quarantine, stars in the lead role in Pushpa, along with Malayalam star Fahadh Faasil and  Kannada lady Rashmika Mandanna. The action drama is produced by Naveen Yerneni and Y. Ravi Shankar under the banner of  Mythri Movie Makers. Pushpa is a Pan Indian film and  It will be dubbed in Hindi, Tamil, Kannada and Malayalam, along with its original Telugu release.