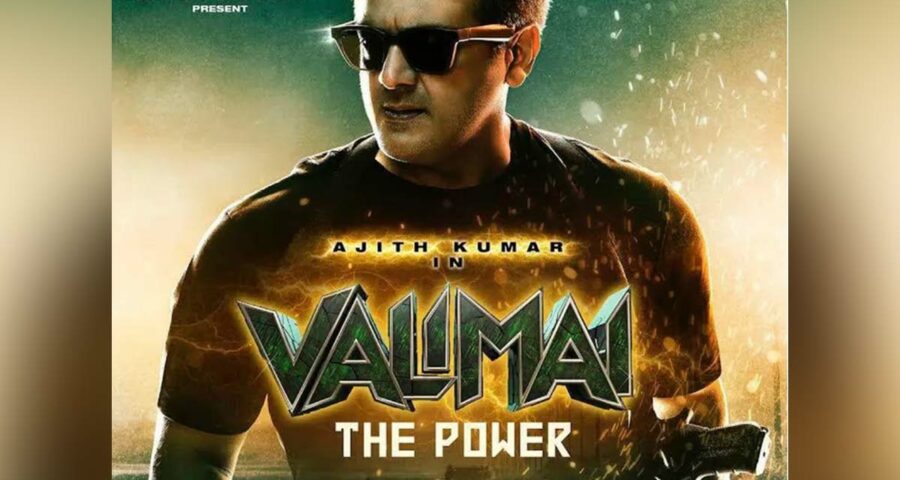 Valimai collections : Ajith Kumar  is essaying the role of a police officer in ‘Valimai’, and the film, is directed by H Vinoth, produced by Boney Kapoor in association with Zee Studios, has the music by Yuvan Shankar Raja . Valimai is finally getting to see the light after a lot of postponement and fans can’t wait to watch their favourite star on the big screen.

After quitting from the Pongal release due to the COVID-19 Omicron variant,  the action drama Valimai will now hit the theatres on 24th February, 2022. The advance booking of Valimai has been opened. Now according to the latest report, Ajith Kumar and H Vinod’ much awaited action drama Valimai has minted $9,015 [Rs 6.76 lacs] in USA premiere pre sales till now.

Made on a budget of Rs 150 crore,  Ajith Kumar has charged Rs 70 crore for the actioner, whereas its director H Vinoth was paid Rs 4 crore. Huma Qureshi and main antagonist Karthikeya of RX 100 fame’ remuneration stands at Rs 1 cr and Rs 60 lakh respectively.

The  music composer Yuvan Shankar Raja and cinematographer Nirav Shah are said to be paid Rs 1.25 cr and 1 cr  respectively.

Ajith starrer Valimai is touted to be a masala entertainer and is expected to be high on stunts and action sequences.