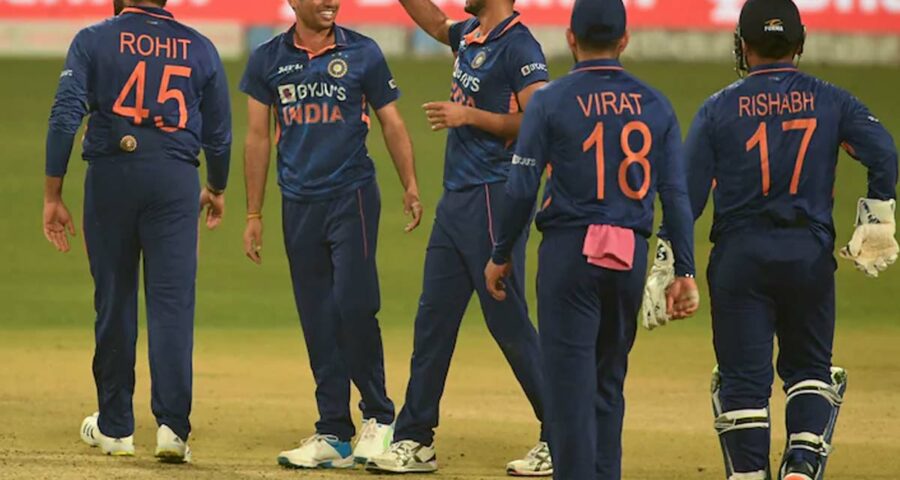 As openers Rohit Sharma and Ishan Kishan put on 58 runs inside the first six overs, India got off to a quickfire start by chasing 158. As Roston Chase got the better of Rohit (40), the 64-run opening stand finally came to an end in the 8th over. Roston got his second wicket in the 12th over as he dismissed Kishan (35) and India was lessened to 93/2, still needing 65 runs to gain victory.

India was given a body blow in the next over as Fabien Allen had Virat Kohli (17) caught at the hands of captain Kieron Pollard at long-off and this means there were two new batters at the crease Pant and Suryakumar Yadav. As Pant was dismissed by Sheldon Cottrell, he failed with the bat and India was declined to 114/4 in the 15th over. Both Suryakumar Yadav and Venkatesh Iyer in the end, ensured that India register a 6-wicket win with 7 balls to spare.

In the 11th over of the innings, Ravi Bishnoi got his first T20I wicket as he had Roston Chase (4) adjusted leg-before wicket. Bishnoi dismissed Rovman Powell (2) in the same wicket and the visitors were reduced to 74/4. In the final four overs, West Indies managed to add 49 more runs to the total, and in the end, the team from the Caribbean posted a score of more than the 150 run mark. Pooran was dimissed by Harshal Patel but it was not before the left hander played a knock of 61. Kieron Pollard (24) remained unbeaten for the visitors.