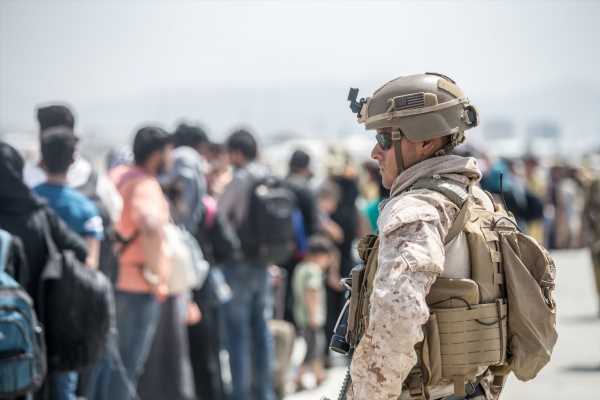 The Biden Administration on Monday said it was now focused on completing its evacuation mission from Afghanistan by August 31, the deadline for removing all American troops from the country. However, a final decision to extend the evacuation mission from the Kabul airport would be taken by President Joe Biden, according to officials from the White House, the state department and the Pentagon.

”Ultimately, it will be the President’s decision how these proceeds, no one else’s,” National Security Advisor Jake Sullivan told reporters at a White House news conference.

He was responding to questions on the August 31 deadline set by the Taliban for the US troops to leave the country.

The US currently has 5,800 troops at the Kabul airport, who are mainly engaged in evacuating its citizens and all those Afghans who helped the United States during its stay in the country for the last 20 years.

”The president believes we are making substantial progress.  Dozens of flights, thousands — now tens of thousands of people evacuated from the country.  We believe today will be an efficient and effective day and tomorrow and the next day as well. And as I said, he is taking this day by day and will make his determinations as we go,” Sullivan said.

At the Pentagon, defense department press secretary John Kirby told reporters they have seen the public statements by the Taliban spokesman about their views on the 31st of August. ”I think we all understand that view,” he said.

”The goal is to get as many people out as fast as possible. And while we’re glad to see the numbers that we got yesterday, we’re not going to rest on any laurels. The focus is on trying to do this as best we can by the end of the month,” he said.

”And as the (defense) secretary said, if their needs to have additional conversations with the commander in chief about that timeline, he’ll do that. But we’re just not at that point right now,” Kirby said.

Echoed the state department spokesperson Ned Price, ”President Biden will ultimately have to decide when this operation will come to a close. I can tell you that it is our goal to move as quickly as we can and as efficiently as we can to bring to safety as many people as we can.

”And I think you are seeing in the metrics in recent days and certainly over the past 24 hours that we are making good progress on that,” he said.

”It is not our goal to be there one day, one hour, one minute longer than is absolutely necessary, but not going to get ahead of that,” he told reporters at a state department news conference.

The total passenger count for those flights was approximately 16,000. Of that number, the US military transported just under 11,000 personnel, said Major Gen Hank Taylor who has been tasked with the responsibility of airlifting American citizens out of Afghanistan during the Taliban crisis.

He described it as a worldwide effort, with several countries, multiple commands, and thousands of servicemembers across the joint force. Over the weekend, the airport in Kabul remains secure, he added.

”Today, the number of troops at the airport continues to stand at 5,800. Commanders on the ground continue to actively monitor threats. They are empowered to make the appropriate force protection decisions. As always, US forces retain the inherent right to use force in self-defense.

”We’re using all of our available tools to maintain the highest threat awareness, both in Afghanistan and throughout the globe. While this mission is not without risk, the safety of our personnel, American citizens, and Afghan evacuees at risk is of paramount importance,” he said.

The US, he said, continues to make progress in the completion of this mission.

”Since the end of July, we have relocated approximately 42,000 people. Since the beginning of evacuation operations on August 14, we’ve evacuated approximately 37,000. All of this progress stems from the teamwork, professionalism, and dedication of our military, our interagency colleagues, and our allies, and partners,” he added.

Gurdip Singh adds from Singapore: America is ”laser focused” on evacuating its citizens, international partners and those who have helped it out of Afghanistan, US Vice President Kamala Harris said on Tuesday.

Harris, in her speech on US policy and partnerships as part of her three-day visit to Singapore, said she was aware that the eyes of the world are on Afghanistan.

”We are laser focused on the task at hand, and we are extremely grateful to our men and women in uniform and embassy staff who are on the ground, as we speak, making this historic airlift happen in an incredibly difficult and dangerous environment,” she said.

”We were at war in Afghanistan for 20 long years. Many members of our military gave their lives in Afghanistan, as did many from our allies and partners.

”Months ago, President Joe Biden made the courageous and right decision to end this war, because we had achieved what we went there to do,” said Harris, who is in Singapore as part of her Southeast Asia visit aimed at bolstering America’s engagement in the region.

She also thanked the American servicemen as well as international partners involved in the ongoing evacuation operation which comes as the Taliban regained control of much of the country.

”The United States has been focused on safely evacuating American citizens, international partners, Afghans who worked side by side with us, and other Afghans at risk,” she said.

The vice president’s speech was hosted by the Lee Kuan Yew School of Public Policy (LKYSPP) at the National University of Singapore (NUS), as well as the US embassy in Singapore.

The speech will be followed by a roundtable with the business community involving Singapore Minister for Trade and Industry Gan Kim Yong.