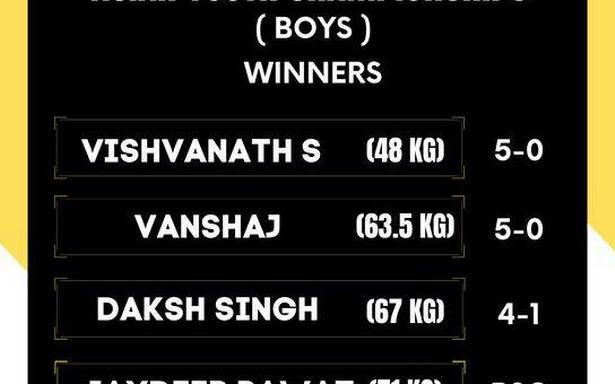 Four Indian boxers entered the semifinals of the Asian Youth boxing championships being held in Dubai after a day of mixed results for the country.

The continental showpiece is being conducted simultaneously for the youth and junior boxers (both men and women) for the first time.

Seven Indians took the ring in the quarterfinals on Monday evening and four of them emerged victorious.

Jaydeep Rawat (71 kg) defeated UAE’s Mohammed Eissa in the most dominating show by an Indian, outclassing his rival in the second round.

Suresh Vishvanath (48 kg) was up against against Kyrgyzstan’s Amantur Zholbborosv and prevailed 5-0.

India’s assured medal tally stood at over 20 on the day of draws itself as many countries either skipped or fielded smaller squads due to the COVID-19 travel restrictions.

The gold medallists in the youth category will receive prize money of $6,000 while silver and bronze medallists will claim $3,000 and $1,500 respectively.

The junior champions will be awarded with $4,000 for gold and $2,000 and 1,000 for silver and bronze medallists respectively.