Adityanath attacked the SP, saying people 'bringing up Partition' were in a way supporting the Taliban. He also claimed that Opposition parties lacked issues, and were insulting Sardar Patel by supporting Jinnah. 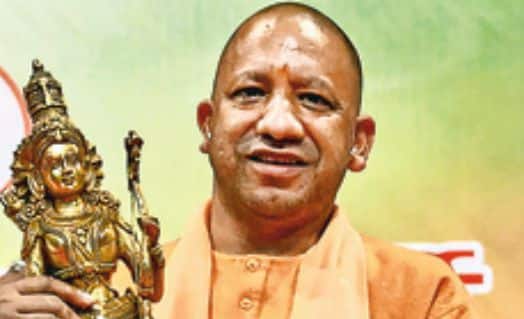 Uttar Pradesh Chief Minister Yogi Adityanath on Sunday claimed that Chandragupta Maurya, who founded the Mauryan kingdom, had defeated Alexander of Macedonia, and yet historians did not describe him as “great”.

Alexander died in 323 BC, a few years after his Indian campaign. There is some debate among historians over when Chandragupta came to power, but it is generally believed to have been after Alexander’s death.

“History never termed Emperor Ashoka or Chandragupta Maurya great, but it termed Alexander, who was defeated by Chandragupta Maurya, great. Historians are silent on such issues. However, once the countrymen learn the truth, India will change,” Adityanath said at a “Samajik Pratinidhi Sammelan” organised by the BJP’s OBC Morcha.

Adityanath attacked the Samajwadi Party (SP), saying people “bringing up Partition” were in a way supporting the Taliban.

SP ally Om Prakash Rajbhar, the chief of the Suheldev Bharatiya Samaj Party (SBSP), had on Thursday blamed the RSS for Partition, a day after he said India would have remained united had Mohammad Ali Jinnah been made the country’s first prime minister.

“Those who are speaking about Partition are in a way extending support to the Taliban. You would have seen when the Taliban entered Afghanistan again, a number of voices were raised in its support. These voices got quiet only when stringent action was taken. Supporting the Taliban means support to anti-humanity forces and insult to women and children. Supporting the Taliban means supporting a power that works against Lord Buddha’s message of ‘maitri [friendship]’. Certain people are moving in that direction and we need to be aware of them,” the chief minister told BJP workers.

Adityanath claimed that Opposition parties lacked issues, and were insulting Sardar Patel by supporting Jinnah. While Sardar Patel was India’s “rashtranayak [hero of the nation]” Jinnah would always be a “khalnayak [villain]”, said the chief minister. “They support Jinnah, we support Sardar Patel,” he added, and asked the crowd if they would support those who glorified Jinnah.