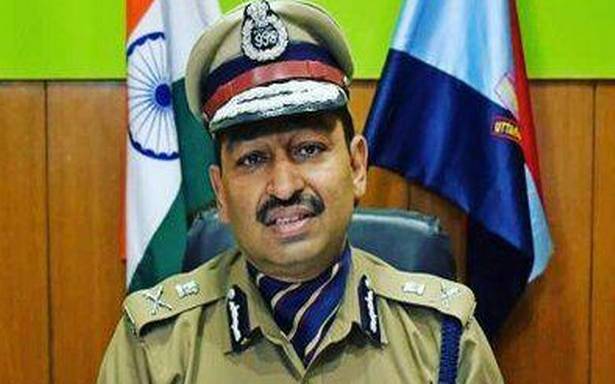 Investigation is on, police say; no arrests made so far

The Uttarakhand Police on Sunday added the names of two more persons in the First Information Report (FIR) pertaining to hate speeches at a religious event in Haridwar organised between December 17-19, where calls were made for genocide and violence against Muslims.

Ashok Kumar, Uttarakhand Director General of Police told The Hindu that many persons have been examined and the investigation was on. No arrests have been made so far in the case.

Mr. Kumar said that adding the provisions of the anti-terror Unlawful Activities (Prevention) Act (UAPA) to the existing case was being legally examined.

“Whether UAPA can be invoked or not is part of the investigation. It will depend on the facts of the case and we are getting it examined legally,” he said.

The Haridwar police has registered a case under Section 153A of the IPC (promoting enmity between different groups on grounds of religion), entailing a maximum punishment of five years.

“Our investigation is on from both points of view — if more number of accused are to be added to the investigation and if any other Section is applicable,” Mr. Kumar said.

The FIR registered on December 23 had only named Wasim Rizvi alias Jitendra Narayan Tyagi as an accused as it was based on a complaint filed by a local resident who had only mentioned “Wasim Rizvi and others”. Rizvi, a former Chairman of the Uttar Pradesh Shia Waqf Board, had recently converted to Hinduism.

On Sunday, the police added the names of Annapurna Maa alias Pooja Shakun Pandey; the ‘Mahamandleshwar’ of the Niranjini Akhada; the general secretary of the Hindu Mahasabha; and Dharamdas Maharaj, a resident of Bihar, to the FIR.

In one of the video clips, the accused Annapurna Maa, is seen telling the gathering that Hindus should leave aside books and pick up arms against Muslims.

The other accused, Dharamdas Maharaj, said there were “500 Pakistans in India”, where Hindu rituals could not be performed, and called for the killing of former Prime Minister Manmohan Singh.

Haridwar Superintendent of Police (City) Shekhar Suyal said they were taking action based on the investigation and as evidence emerges. On being asked if the two accused have been called for questioning, Mr. Suyal said, “It is a part of the investigation; cannot reveal more.”

At the event organised by Hindu extremist Yati Narsinghanand, he called on Hindu youth to become “Prabhakaran” and “Bhindranwale” and provoked Hindus to pick up arms against the Muslims.

Mr. Narsinghanand has several FIRs registered against him in Uttar Pradesh and Delhi. Earlier this year, his comments about Prophet Muhammad during a press conference in Delhi led the Delhi Police to file an FIR against him.

The Haridwar FIR was filed after video clips of the event went viral. Reacting to the video, former Navy chief Arun Prakash had tweeted: “WHY IS THIS NOT BEING STOPPED? With our Jawans facing enemies on two fronts, do we want a communal blood-bath, domestic turmoil and international disgrace? Is it difficult to understand that anything which damages national cohesion and unity endangers India’s national security.”